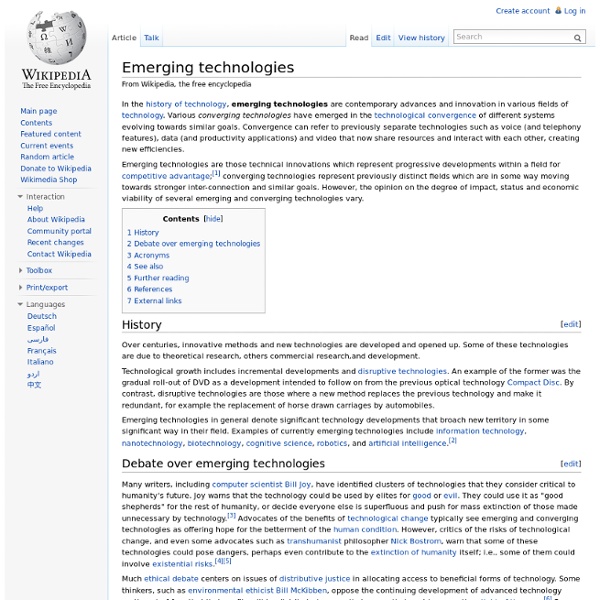 Of Time Machines and Foresight Garages: About the September-October FUTURIST One of the most frequently asked questions here at the World Future Society is How do I become a futurist? The first step, of course, is to be interested, but the second, as with any profession, is to learn the required skills. So the next question is Where? There are no better experts on this subject than futurists themselves, so we invited essays from anyone who has participated in a futures-education program—as a learner, as a teacher, or as an administrator. And we didn’t rule out self-learners! The range of approaches described in the special report in this issue is truly inspiring. It is not surprising that a very large percentage of contributions came from people who have participated in the University of Houston’s futurist-training program, including three of its leaders—Oliver Markley, Peter Bishop, and Andy Hines. The Futures Education special report is not a comprehensive survey of the foresight-learning opportunities out there. Cynthia G.

How to see into the future Billions of dollars are spent on experts who claim they can forecast what’s around the corner, in business, finance and economics. Most of them get it wrong. Now a groundbreaking study has unlocked the secret: it IS possible to predict the future – and a new breed of ‘superforecasters’ knows how to do it Irving Fisher was once the most famous economist in the world. In the 1920s, Fisher had two great rivals. Fisher’s rivals fared better than he did. If Fisher and Babson could see the modern forecasting industry, it would have astonished them in its scale, range and hyperactivity. It is true that forecasting now seems ubiquitous. Real breakthroughs have been achieved in certain areas, especially where rich datasets have become available – for example, weather forecasting, online retailing and supply-chain management. So why is forecasting so difficult – and is there hope for improvement? Tetlock’s response was patient, painstaking and quietly brilliant.

Ray Kurzweil’s Mind-Boggling Predictions for the Next 25 Years In my new book BOLD, one of the interviews that I’m most excited about is with my good friend Ray Kurzweil. Bill Gates calls Ray, “the best person I know at predicting the future of artificial intelligence.” Ray is also amazing at predicting a lot more beyond just AI. This post looks at his very incredible predictions for the next 20+ years. Ray Kurzweil. So who is Ray Kurzweil? He has received 20 honorary doctorates, has been awarded honors from three U.S. presidents, and has authored 7 books (5 of which have been national bestsellers). He is the principal inventor of many technologies ranging from the first CCD flatbed scanner to the first print-to-speech reading machine for the blind. In short, Ray’s pretty smart… and his predictions are amazing, mind-boggling, and important reminders that we are living in the most exciting time in human history. But, first let’s look back at some of the predictions Ray got right. Predictions Ray has gotten right over the last 25 years In 1999, he predicted…

Autonomous agent An autonomous agent is an intelligent agent operating on an owner's behalf but without any interference of that ownership entity. An intelligent agent, however appears according to a multiply cited statement in a no longer accessible IBM white paper as follows: Intelligent agents are software entities that carry out some set of operations on behalf of a user or another program with some degree of independence or autonomy, and in so doing, employ some knowledge or representation of the user's goals or desires. Non-biological examples include intelligent agents, autonomous robots, and various software agents, including artificial life agents, and many computer viruses. References[edit] External links[edit] See also[edit]

Cops In Dubai Are Using Google Glass To Catch Speeding Drivers Ayuda Web A police officer wearing Google Glass If you think traffic light cameras and discreet roadside cops are irritating enough, authorities may upgrade to Google Glass for catching speeding drivers soon enough. Police in Dubai have begun using Google's wearable display in an effort to capture traffic violators, according to a report by Gulf News spotted by The Verge. The technology is currently being tested by the Dubai Police Smart Services Department using two applications for tracking road-bound crimes. One app allows police officers to take photos of traffic violations using Glass, which would instantly be uploaded to the police department's system. If successful, Google Glass would make it extremely simple for officers to catch traffic offenders. Police would simply tap the side of the smart eyewear to snap a photo, and the image along with the date, time, and location at which it was taken would be stored in its system.