Kurt Vonnegut on the Shapes of Stories 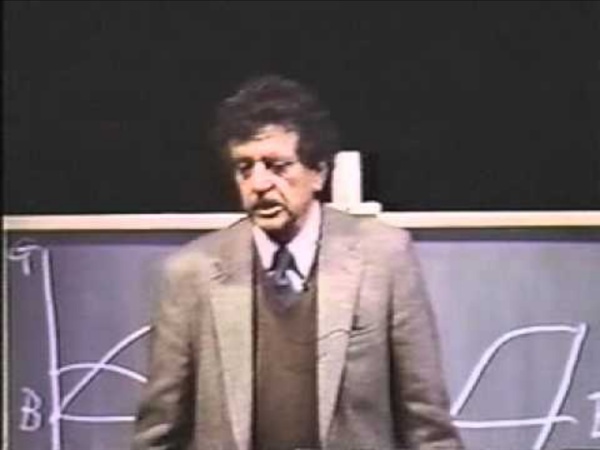 "Under The Skin" Writer Walter Campbell On Epic Ads And Scarlett Johansson As An Alien Walter Campbell is one of the most awarded advertising creatives of the last 50 years. Some of his most memorable--and awarded--work has pushed the notion of a TV commercial into new creative territory. Spots like Volvo "Twister," Dunlop "Expect the Unexpected," made with director Tony Kaye are prime examples, but perhaps the best one is Guinness "Surfer" with director Jonathan Glazer, an ad many consider to be one of the best ever made. Campbell's latest collaboration with Glazer is the film Under the Skin, a sci-fi drama starring Scarlett Johansson as an alien who roams the streets of Scotland, seducing men to destroy them. The film, a loose adaptation of the 2001 Michael Faber book, took Glazer almost a decade to make and Campbell was brought in midway through the process. Campbell says instead of using the book his impression of what the story should be came out of many long conversations with Glazer. [Images courtesy of A24 Films]

How to Write Like You Love It: Stephen King and 6 Tools Every Writer Should Have in His ToolBox In his Memoir of the Craft , Stephen King breaks up his book into three parts: 1) memories of his personal and professional life told in numbered chunks and fragmented snippets; 2) what's in his toolbox and what should be in yours; and 3) comments on the actual craft of writing. In this post, I will be discussing the toolbox and what King deems worthy in including in his own writer's tool box. He compares writing to a craft, a trade, like carpentry. Writing requires skill, but for every skill, tools are required. Imagine you have a toolbox, one of those red ones with six drawers that is kept in the garage. 1. 2. 3. Freddy and Myra are your subjects, not the dead body (which is already passive since it's dead). 4. 5. On paragraphs, King also reveals that they are not the melody of your work, but the beat, and in order to find the beat that will rock your writing, you must practice. 6. How about you?

Quick Practical, Tactical Tips for Presentations In the past I’ve given some tips for handling meetings effectively, covering topics like: - How not to let your meeting go down a rat hole; - Dealing with the elephant in the room; - Dealing with skeletons in your closet; - How to make meetings discussions, not “pitches” - A tale of two pitches (I eventually invested in the first company that pitched) Today’s post is a subtle one about positioning yourself in a presentation. This might be a VC meeting but also might just be a sales or biz dev meeting. It’s any meeting where you are in a small room and are being called on to present on some form of overhead slides 1. If you look at Diagram A above you’ll see that the presenters are sitting at the opposite end of the table from where the screen is. If you look at Diagram B you’ll see that the people you’re presenting to can look you in the eyes and glance up at the screen. 2. I’ve lately been attending meetings with our shareholders (called LPs or limited partners). 3. 4. 5. 6.

Film School: How to write an ending- Flixist Good afternoon, class. Please settle down. Tomkins, put that finger away. In our sophomoric lesson in the Flixist Film School class, we are going to be looking at a problem which has proven a challenge not only for many aspiring scriptwriters, but even seasoned professionals. Any guesses? There's the old saying, 'first impressions count'. Let's start off with the basics. I'm not going to go through what each part means, partly because it would take too long and partly because it's fairly self-explanatory, but having the structure laid out in a graph like the one above does illustrate an important point about endings. That point is that they are just as important when developing your plot as the beginning and the middle. The way to avoid this is as simple as could be: don't rush. If you're anything like me, knowing your ending is a vital part in discovering that technique. Worse still is how it makes the protagonist into a spectator in his own adventure.

SCHOPENHAUER&#039;S 38 STRATAGEMS, OR 38 WAYS TO WIN AN ARGUMENT Arthur Schopenhauer (1788-1860), was a brilliant German philosopher. These 38 Stratagems are excerpts from "The Art of Controversy", first translated into English and published in 1896. Carry your opponent's proposition beyond its natural limits; exaggerate it. The more general your opponent's statement becomes, the more objections you can find against it. The more restricted and narrow his or her propositions remain, the easier they are to defend by him or her. (abstracted from the book:Numerical Lists You Never Knew or Once Knew and Probably Forget, by: John Boswell and Dan Starer)

The Proletarian Writer Broadcast in the Home Service of the B.B.C., 6 December 1940; printed in The Listener, 19 December 1940. Discussion between George Orwell and Desmond Hawkins Desmond Hawkins was an author, editor and radio personality. He founded the BBC's Natural History Unit. Hawkins: I have always doubted if there is such a thing as proletarian literature — or ever could be. Orwell: No, obviously not. Hawkins: Still, I think one must admit that the cult of proletarian literature — whether the theory is right or not — has had some effect. Orwell: I think it is simply a matter of education. Hawkins: Then, after all, the appearance of the proletariat as a class capable of producing books means a fresh development of literature — completely new subject-matter, and a new slant on life? Orwell: Yes, except in so far as the experience of all classes in society tends to become more and more alike. Hawkins: And how about language and technique? Orwell: I think in the main that’s true. Orwell: Oh yes, lots.

Logical Fallacies: The Fallacy Files A Flappers' Dictionary Hidden deep within a box of materials that came into the shop this week was a short stack of old magazines. I’d never seen this title before, but I knew what it was just as soon as I saw it: Flapper. “Not for Old Fogies” said the masthead, but I took a look anyway. These were in beautiful condition (“Near Mint” is the technical term) and were just a lot of fun to page through. During the Roaring 20s of the last century, young ladies took on a new, and for the time radical, lifestyle. These were the years following World War I and prior to The Great Depression. It was all a reaction to what women perceived as stifling control placed over them by the male of the species. The July 1922 edition of Flapper contained “A Flappers’ Dictionary.” “The flapper movement is not a craze, but something that will stay,” the author maintained. The dictionary went into some detail, listing the group’s slang and providing definitions. Absent Treatment—Dancing with a bashful partner. Airedale—A homely man.

#54 – Writing Hacks, Part 1: Starting By Scott Berkun, Aug. 28 2006 (#54) Writing is easy, it’s quality that’s hard. Any idiot who knows 5 words can write a sentence (e.g. “Dufus big much Scott is”). It might be without grammar, broken, or inaccurate but it is still writing. For this reason writer’s block is a sham. Consider this: Have you ever been blocked while playing Frisbee? So play. Writing hacks for starting In the grand tradition of lists and books of hacks, writing hacks are clever little actions that give you leverage and put the dynamics in your favor. Start with a word. Write about how it feels not to be able to write. Have a conversation. Read something you hate. Warm up. Make lists. Switch to something harder. Run like hell. Whiskey. Rummage your scrap pile. Smart writers have stockpiles of old ideas to arm themselves against the evils of the blank page. Notes [1] I sometimes write “I have nothing to say” and repeat it on the page. [2] True story. Further advice: