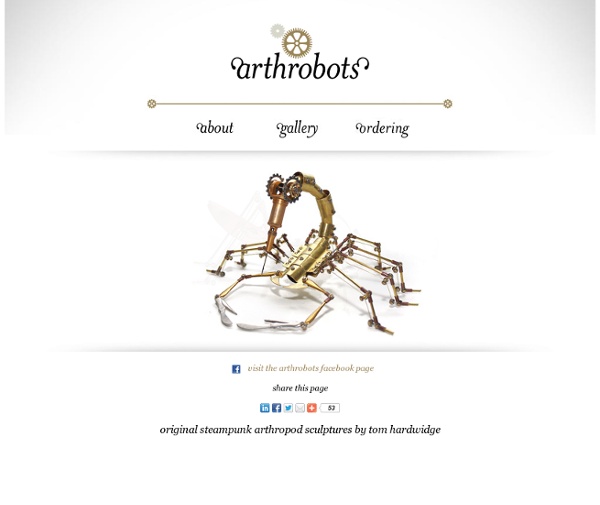 A Visit to a Steampunked Home If you dropped by my house you'd probably be disappointed. Because (with the exception of my office, which is more post-apocalytic than anything else) it's simply not very steampunk. I do have plans, but none have come to fruition. However, a couple of weeks ago I was invited by Bruce Rosenbaum to visit his home in Sharon, Massachusetts and what I found there was just stunning! Bruce and Melanie Rosenbaum started ModVic (Modern Victorian) Home Restoration in June 2007 and have now moved onto steampunk Home Design. Bruce's home is a Craftsman style Victorian built in 1901. We'll start the tour in Bruce's kitchen with a lovely Victorian heater restored by David Erickson, a local craftsman and restorer of antique stoves who's workshop is just down the street from my own. Bruce designed and built the fire-back and hearth to compliment the stove and installed the back-lit stained glass windows to brighten the entire kitchen. Next to the stove (below) is a copper water heater tank.

SteamPunk Magazine A N A C H R O N A U T How to Order: View the log of previouly made falls. Single Falls Pigtail Falls Tabbed Falls Wearers Gallery Send an e-mail to orders@anachronaut.com detailing what you would like. Orders can often take time to get to, I will inform you as soon as I'm able to begin work on your order. Pricing: I now require a deposit of half the amount before I begin work but not before I'm able to begin on your specific order. Example 1 Example 1 is a single fall containing a total of 8 rows [grey and black foam], 2 rows with 1/4" black foam tubing, 2 rows with 1/2" black foam tubing ,1 row with corrugated ½" plastic tubing (metallic). 8 rows times $4.00 + $1.00 +$2.00 +$2.00 This fall = $37.00 Example 2 Example 2 is a slightly more elaborate design. Taking half of the pigtail set, there are 6 rows in this design, with decorative bindings, and silver stripes. In one fall there is one cluster with ½" silver corrugated tubing, and another with ½” foam striped tubing. Example 3 There are 9 clusters in this fall.

What is Steampunk? | Steampunk.com This is a good question that is difficult to answer. To me, Steampunk has always been first and foremost a literary genre, or least a subgenre of science fiction and fantasy that includes social or technological aspects of the 19th century (the steam) usually with some deconstruction of, reimagining of, or rebellion against parts of it (the punk). Unfortunately, it is a poorly defined subgenre, with plenty of disagreement about what is and is not included. For example, steampunk stories may: Take place in the Victorian era but include advanced machines based on 19th century technology (e.g. “It’s sort of Victorian-industrial, but with more whimsy and fewer orphans.”- Caitlin Kittredge There are probably plenty of other combinations I’ve forgotten, but that’s steampunk as a genre in a nutshell. And it isn’t just written fiction anymore. “To me, itâ€™s essentially the intersection of technology and romance.” – Jake von Slatt But steampunk has become a lot more. But wait, there’s more!

Typewriter Keys | Vintage Typewriter Key Sets-Lots Transforming vintage typewriter keys into jewelry is very popular these days. If you are a crafter or jewelry maker you know how well these unique bracelets, necklaces and tie tacks sell. You also know how difficult it can be to find old junk typewriters to keep up with the demand of your customers! Jewelry making takes time and searching for these old vintage machines can eat up entire days that could be better spent creating inventory. We've organized a fantastic selection of typewriter keys for you at huge savings! Most of these keys come in sets or lots and consist of the entire keypad of a particular typewriter. Underwood & Remington Keys w/ Green & Red Function Keys "Ebay offers the best selection of discount Vintage Typewriter Keys for your jewelry making needs!" Glass Keys Black Keys Keys w/ Stems Attached We've even organized some entire antique junk typewriters that you can purchase for even more savings! Glass Coated Keys

Miss Betsy's Steampunk Monitor If you visit the google library in these days, the librarian will find plenty of articles and depictions of so called "Steampunk Monitors". In my imagination though, I envisioned the creation of a device that could show static but also moving pictures generated by means of computation and modulation of waves generated by my ingenious new invention.... (Any resemblance to devices used in "City of Lost Children" is purely coincidental). I also wanted to add "loudspeakers" (E. Siemens et al.) to the device to present an even more pleasurable experience. The device will be able to reproduce sound and static/moving pictures and will be powered by another invention of mine , based on the works of my fellow researchers Nikola Tesla, using hyper-condensed steam applied to a turbine by the same name, Count Alessandro Giuseppe Antonio Anastasio Volta and Michail Osipovich Dolivo-Dobrovolsky, able to produce alternating current in the amount of 110 Volts.

How Dieselpunk Works" Nostalgia can be powerful. It inspires daydreams, it can propel a politician into power and it may serve as the foundation for an entire artistic movement. That's the case with dieselpunk, which is both a subgenre of speculative fiction and an artistic style that roots itself in the aesthetics and technological sophistication of the past. Dieselpunk is similar to another movement called steampunk. But while steampunk draws its aesthetics from the Victorian era of the late 19th century, dieselpunk traces its roots to the early 20th century. In general, dieselpunk draws inspiration from the 1920s to the 1950s. Like steampunk, dieselpunk marries these trends of the past with the capabilities of today's technology. Connecting today's technology with yesterday's aesthetic requires a do-it-yourself attitude.

Retro-Technology Update Vacuum Tube Radio / Interior Design Piece One obscure shop in Japan sells these: An alarm clock with all its cog-wheels spilling out....from the same store: Speaking about cool steampunk-ish clocks, these ones go on your computer desktop. Recently you could buy on Ebay this cool Cold War-era Russian phone(from a subterranean nuclear bunker): - but it would only work if you speak in Russian. and a quite collectible retro calculator: Cool Steampunk Computer Case Mod Found on a Russian siteThe original link is here For the more radically inclined (not satisfied with mere external case modifications) - there is a Tinkertoy wooden computer. Read its description here. Nixie Tube clocksExotic, practical clocks built around wonderfully obsolete Nixie display tubes. "NIXIE" numeric displays: introduced in 1952, they quickly became the most common numeric display device in laboratory/industrial equipment until they were instantly forgotten in the early 1970's. Source: WPS----- Unique Clock-Voltmeter