The benefits of a bilingual brain - Mia Nacamulli 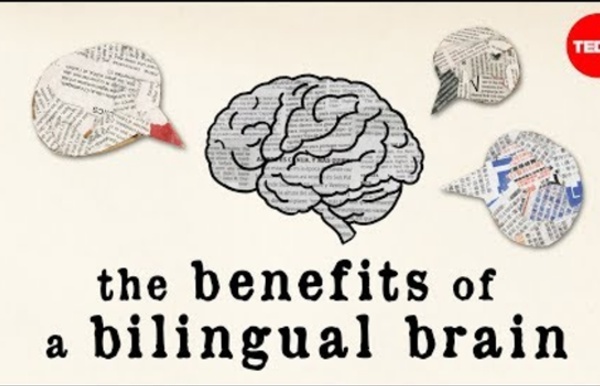 50 Questions To Help Students Think About What They Think click 2x contributed by Lisa Chesser Using the right questions creates powerful, sometimes multiple answers and discussions. Aristotle said that he asked questions in response to other people’s views, while Socrates focused on disciplined questioning to get to the truth of the matter. Why should schools prioritise ATL? - Tracker Apps By Lance G King First and most importantly we need to get very clear about purpose. What is the purpose of an ATL skills programme? To me there is only one purpose of ATL – to improve student learning.

How English and German are related and how their vowel sounds developed Once long ago there were a group of people known variously as the Saxons, Angles, Jutes and Franks. We don't know what they called their language but we call it Proto Germanic. It is called this because it is the ancestor of all Germanic languages. The Germanic languages include languages like English, German, Dutch, Frisian, German, Luxembourgish, Swedish, Danish, Norwegian, Icelandic, Faroese and others. My favourite part of linguistics is looking at how languages change over time. Language is part culture and part biological entity.

How to improve your Critical Thinking skills: Interview with Dr. Gerald Nosich – Life Lessons In this article I interview an expert on Critical Thinking, Dr. Gerald Nosich from the Foundation for Critical Thinking, who has been teaching Critical Thinking since 1977 to find out how we can improve our Critical Thinking skills. In this article you will learn: Let’s start at the beginning… Michael: What is Critical thinking? Future - Are there alternatives to air conditioning? At first sight, the view could be mistaken for the rolling hummocks of Hobbiton, right down to the perfectly circular doors opening out of the lush green hillside. But the doors are made of glass, and inside them are not cosy hobbit holes but an array of large mechanical steel arms and levers holding some of the doors ajar. These hills are part of the roof of the California Academy of Sciences in San Francisco, US.

One Language, Many Voices - Accents and dialects Short description: Recordings in this collection can be played by anyone. This selection of recordings documents the way that people define their own accent. The collection, created between November 2010 and April 2011 by visitors to the British Library exhibition, Evolving English: One Language, Many Voices includes descriptions of accents influenced by geography, education, friends, family, occupation, social class and the media. Each person was asked to say where they thought their accent came from, including whatever information they thought was relevant.

Misattributed quotes and their surprising originators In the course of researching the history of emotional intelligence, I stumbled across an origin story that went all the way back to Plato. The classical Greek philosopher apparently wrote, “All learning has an emotional base.” Except that he never said it, according to Christopher Golis, a coach specializing in emotional intelligence. Instead, Golis’s digging unearthed no attribution to Plato before 1997, “after which it’s copied promiscuously in various inspirational/psychological books–never with source identification–and then on to various quotation websites.” Using Scrum in the Classroom As we shift many of our educational practices towards more inquiry focused learning, we must also shift the skills that we focus on in our classrooms. In many of my classes, I have students engage in long term learning experiences that emphasize important skills including communication and collaboration. One issue I have consistently come across, however, is that students often lack the project management skills required to be successful in this type of learning and that we often launch them into assignments that require planning both their task and their time without providing them with the tools the need to be successful. How many times have we given students “a work block” and set them free only to be frustrated by how poorly many of them use their time?

No-deal Brexit: 10 ways it could affect you Image copyright Getty Images Prime Minister Boris Johnson has vowed to leave the EU "come what may" by the 31 October - the date the UK must depart if no deal has been reached. An extra £2.1bn of funding has been announced to prepare for such a no-deal Brexit. How could you be affected if the UK does leave the EU without an agreement? 1. The contents of your shopping basket may change Culture - International Women’s Day: Iconic images of women protesters Swedish photographer Hans Runesson captured this moment on 13 April 1985 – and his image has endured since, voted Picture of the Century and resurfacing on social media in 2016 with the call to arms: “Be the woman hitting a neo-Nazi with a handbag you wish to see in the world”. Taken in Växjö, Sweden during a demonstration by the neo-Nazi Nordic Reich Party, the photo shows 38-year-old Danuta Danielsson swiping at one of the marchers with her handbag. The Polish-Swedish passerby, whose family members had reportedly been sent to a Nazi concentration camp, snapped “impulsively”, according to Runesson, who told BBC Culture that the man did “nothing – he walked further” afterwards. Despite the incident happening in a fleeting instance, the photo continues to resonate for many as a silent rallying cry. And it had an eerie parallel in 2016, when social activist Tess Asplund placed herself in the path of protesters from the Nordic Resistance Movement in Sweden.

Future - Is crying truly cathartic? When Theresa May announced in Downing Street that she would be standing down as British Prime Minister, it was her visible struggle to hold back tears that most captured the world’s headlines. Commentators were quick to observe that this emotional display had finally humanised a politician widely seen as remote and aloof. Others – even some of May’s critics – admitted to experiencing a jolt of sympathy.

Advice from a Passionate Currator of Commencement Addresses Advice and tips on how to prepare, structure, and deliver a great commencement address. Cristina Negrut is the founder of graduationwisdom.com. She has collaborated extensively with NPR, National Public Radio, in building the - The Best Commencement Speeches, Ever - project and has given TV, radio, and press interviews on commencement speeches.