The History of English in 10 Minutes 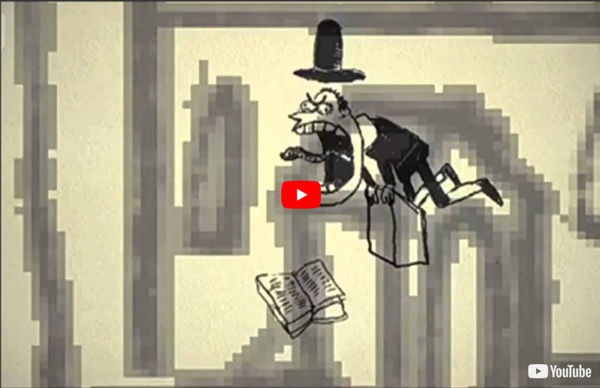 Where did English come from? - Claire Bowern There are two other TED-Ed lessons related to this topic: How languages evolve and How did English evolve? (a lesson that fills in some of the details that we omit here due to the fact that the focus of this lesson was further in the past). There is still a great deal of debate about Indo-European, most importantly about the location of the homeland. To read more about this debate, there are classic books by Mallory and Renfrew, as well more recent works by Anthony. Then, read these articles by Bouckaert et al. The case of the missing “u”s in American English Before you consciously became aware of your decision to read this article, your brain was already making the necessary preparations to click the link. There are a few crucial milliseconds between the moment when you’re consciously aware of a plan to act, and the moment you take action. This brief window is thought by some scientists to be the moment in time when we can exercise free will. It gives us the chance to consciously make a decision, suggesting we aren’t just slaves to our impulses. But, as the New Scientist reports, a study published in Neuroscience of Consciousness last year found that impulsive people have a shorter window of time between their awareness of an impending action and the act itself. Emilie Caspar and Axel Cleeremans from the Free University of Brussels asked 72 people to fill out surveys to determine their level of impulsivity.

Motivating speaking activities for lower levels Planning time has been shown to increase production in speaking tasks. Lower level learners often find it especially difficult to speak spontaneously, so these activities incorporate ‘thinking time’ during which learners can prepare for speaking by planning what they are going to say, and asking the teacher or using a dictionary to look up missing vocabulary. The following activities are relatively short, with minimal materials preparation time for the teacher. They are designed for use as a warmer or a filler in the middle or at the end of a class. The secret language of South Asia’s transgender community — Quartz In South Asia, there is a hidden language known only to the region’s hijra community. Found in Pakistan, India, and Bangladesh, the hijra are an old and marginalized group, whose members identify as men born with the souls of women. Hijras call themselves she-males and effigies, as well as kwaja sera, or the “guards of the harem,” a title that recalls their historical role serving monarchs in the region. These days, the hijra are known as performers and panhandlers. What few know about them, however, is that they are the keepers of many secrets, including the centuries-old language of Hijra Farsi.

Study shows that people who speak two languages have more efficient brains (Bigstock) By Tanya Lewis November 18, 2014 People who speak two languages may have brains that are more efficient at language processing and other tasks, new research suggests. Scientists have long assumed that the “bilingualism advantage” — the enhanced ability to filter out important information from unimportant material — stems from how bilingual people process language. The new study confirms that assumption and goes on to suggest that bilingual people are more efficient at higher-level brain functions such as ignoring irrelevant information, said Ellen Bialystok, a psychologist at York University in Toronto, who was not involved in the research. Working harder

How to Teach English for Engineers - UsingEnglish.com It is rather difficult to decide what English to teach to engineers. First of all, “engineer” has two rather distinct meanings, one of which is close to “technician” or “mechanic” (e.g. a photocopier repair engineer) and another which is closer to “designer”. The needs of these two groups are likely to be different, but there are also people whose jobs and training fall somewhere in the middle.

The World's Most Efficient Languages Just as fish presumably don’t know they’re wet, many English speakers don’t know that the way their language works is just one of endless ways it could have come out. It’s easy to think that what one’s native language puts words to, and how, reflects the fundamentals of reality. But languages are strikingly different in the level of detail they require a speaker to provide in order to put a sentence together. In English, for example, here’s a simple sentence that comes to my mind for rather specific reasons related to having small children: “The father said ‘Come here!’” This statement specifies that there is a father, that he conducted the action of speaking in the past, and that he indicated the child should approach him at the location “here.” What else would a language need to do?

How to Teach Old Ears New Tricks “Hi! I'm Gabe. What's your name?” Reindeer herders, an app and the fight to save a language The gates open and the herders take us into a 300ft-wide circular pen. Away at the other end, 200 reindeers are running in a tightly-packed circle. Amid the silence of the forest, all you can hear is the strange, dull “clck clck” noise of the tendons in their feet.

Speeches Free Audio Sort by Titles Per Page 1 - 10 of 274 Titles by Martin Luther King, Jr. Available on: Online Audio | Online Video Lost forest language to be taught in Swedish preschool Elfdalian is only spoken in Älvdalen in northern Sweden. Photo: Jonas Ekströmer/TT Elfdalian, a rare Viking language, is getting a revival after local politicians agreed to build a new preschool in Älvdalen, the small forest community that still uses it.