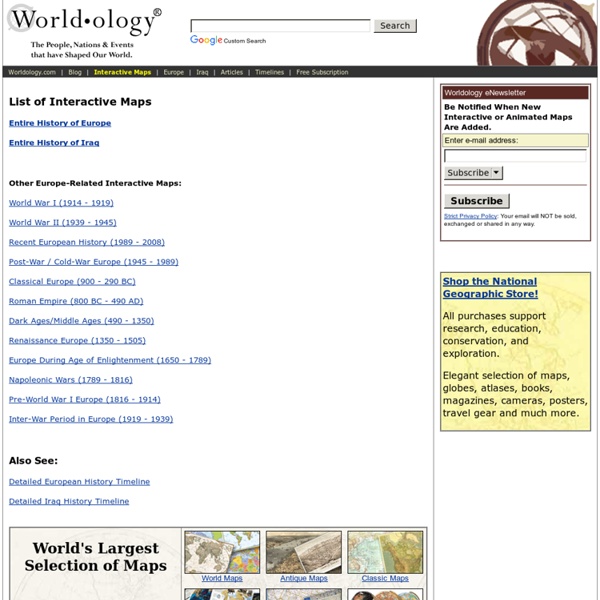 Churchill Archive | JCS Online Resources The acclaimed Churchill Archive is now free for the first time to schools worldwide thanks to a $1 million donation from philanthropist Laurence Geller CBE. "All children should understand Sir Winston Churchill’s fundamental place in our nation’s history,” says the Rt Hon Nicky Morgan MP, Secretary of State for Education and Minister for Women and Equalities, "and schools can now seize the opportunity to access the Churchill Archive – a tremendous cache of documents that bring history to life.” Opening up exciting new opportunities for the teaching and learning of History at secondary level, the Churchill Archive - described by History Today as "the real gem of online Churchill resources" - offers cross-searchable online access to over 800,000 original documents. Highlights include: OVER 370 SCHOOLS HAVE REGISTERED FOR FREE ACCESS...HAS YOURS? To complement use of the complete Churchill Archive in schools, a special new website has just been launched.

Periodis Web - Maps to be Used for the History of Europe Euratlas Periodis Web shows the history of Europe through a sequence of 21 historical maps, every map depicting the political situation at the end of each century. Here, on the left, are 21 mini-maps giving access to 21 full maps and to 84 quarters of maps with more detailed views of the states, provinces and main cities.Moreover, each map offers a historical gazetteer. Thus you can highlight in red each sovereign state and in green each dependent entity. See the Map Legend for more details. Navigation through the atlas is easy: on the left side of the pages, you simply need to choose a century for temporal navigation. French and German versions of this historical atlas are also provided and you can view them by clicking on the small flags at the top of the pages. Periodis is a historical atlas of a new kind. History by Periods History is a continuous string of events among which prominent facts sometimes emerge: wars, conquests, revolutions etc.

How the Nazis Ruined the Swastika | floor8 ​Once a sign of peace and good fortune, the swastika has since become synonymous with malice and unforeseen cruelty. Most people ​associate the symbol with the Third Reich and Hitler's Nazi regime, and for this reason Germany has outlawed the display of it. What most people don't know is the history of the powerful symbol and its evolution. The symbol has roots that run deep through ancient religions, primarily those native to India. The word svastika derives from the Sanskrit translation for "conducive to well-being." Steven Heller, a graphic designer, describes the emblem interestingly by saying, In other cultures like ancient China and Africa, the symbol was imprinted on things like pottery pieces, and in Mesopotamia it was printed onto coins. Navajo Indians were known to weave the symbol into quilts and it can even be seen in many archaic churches throughout Europe. This company, along with others during the early 20th century, used the swastika as a symbol of luck and good fortune.

Lebensraum: Policy or Rhetoric? When the Germans talked of Lebensraum, or ‘living space’, they used the term to denote a perceived need to have enough physical room to provide for themselves comfortably. In particular, it identified the possession of enough land to feed a population large enough to ensure Germany a place on the world stage. Hitler did not just start talking about the need to conquer Lebensraum in 1941; its origins lay much further back than even 1939. Anti-Nazi newspaper columnists (for example in Der Deutsche in Polen) observed during the late 1930s that Hitler’s foreign policy involved something more than just planless initiatives, improvisation and contradictory imperatives. They said that its main direction had been well-established during the mid-1920s. The second volume of Mein Kampf, published in December 1926, contained a chapter entitled ‘Eastern Orientation and Eastern Policy’. Where could Hitler’s country expand? What was to be done? The Lebensraum project changed with implementation.

Who were the Black Diggers? | NITV Nearly 4,000 Indigenous people officially served during World War II (1939-1945), according to historian Robert Hall. Of those, about 3,000 were Aboriginal people and 850 Torres Strait Islander people. Other accounts suggest as many as 5,000 Indigenous people served. The War Service Land Settlement Agreement between the Federal Government and states resulted in soldier settlement legislation that granted returned service personnel land. While Indigenous service personnel were not excluded, many say they were rejected from the scheme. The treatment of Black Diggers during World War II is known to have further propelled the Indigenous rights movement, which led to the 1967 referendum. The referendum resulted in two amendments to the Constitution of the Commonwealth of Australia. Torres Strait Islander service The 850 Torres Strait Islander people who served is considered quite high, given the total population was only in the thousands. WWII Black heroes

The Airmen - Battle of Britain Monument 2,937 British and Allied airmen were awarded the Battle of Britain clasp for having flown at least one authorised sortie with an accredited unit of RAF Fighter Command in the period 10th July to 31st October 1940. The term ‘airmen’ is used throughout the site as obsolete twin-engined Blenheim aircraft were used as fighters by the RAF. As these carried Observer and Gunner crewmen it would be incorrect to class everyone named on the Monument as pilots though of course the majority were. During the Battle 544 lost their lives and a further 795 were to die before the end of the war. Information on each airman – where we have biographical data and/or photographs on an individual airman (and this is being researched and added all the time) the airman’s name appears in blue text on the lists of names, click on the name to go to that airman’s page. Note that the definition of countries is specified “at the time the Battle” took place. e some countries do not exist anymore, or have changed.

‘Too Dark to See’ documentary sheds new light on black diggers | NITV This year, Western Sydney University and the Australian War Memorial are correcting the record with the documentary, ‘Too Dark to See’. But the project is not just a film - it also includes a photographic exhibition and a commemorative book, published in time for Remembrance Day. The works celebrate Indigenous soldiers by recounting their personal stories. Melissa Williams from Western Sydney University’s Office of Aboriginal & Torres Strait Islander Employment & Engagement, told NITV the film “is to commemorate Aboriginal and Torres Strait Islander people and really to honour their contribution.” The film features war veteran, uncle Cliff Daylight. He explains, “Aboriginal people have fought the boar war, malaysian conflicts, first and second world war, Vietnam. They put their lives on the line despite not even being considered Australian citizens. The documentary addresses everything from racism to comradery, as well as the highs and lows of serving in the Australian Defence Force.

My grandfather died fighting for Hitler. What should we make of his legacy? - RN As a kid, I knew my grandad had fought in World War II. There were reminders of him around the house: the old wristwatch, the strange old, scratchy, grey wool blanket that he supposedly sent back from the war. But it wasn't until Anzac Day at primary school that I realised he hadn't fought on the same side of the war as other Australian grandads. He was Joachim — to us, Achim — a German who died fighting for Hitler's Wehrmacht, the German army, on the Eastern Front in January 1945. Over 50 years later, my two brothers and Dad retraced Achim's last footsteps on a train that wound its way through south-west Poland. Outside it was -30 degrees, one of Europe's coldest winters since January 1945. Inside the train carriage Dad was asleep, slumped against the window pane, but my brothers were awake laughing and drinking. Reaching inside his bag for snacks, my brother accidentally pulled out Achim's last letter and staring out at a landscape obliterated by ice and snow read: 12.1.45Dicke Luft!

Ten Pound Poms: Immigration Museum Skip to main content Calling all Ten Pound Poms, Nest Eggs and British migrants! 10 September, 2016 English immigrants relaxing in a deck chair on MV 'Australasia', 1965Image: Rebecca JonesSource: Museum Victoria Here at the Immigration Museum in Melbourne we are busy making a new exhibition about the stories and impacts of British migration to Australia from 1947 – 1981. To understand more about the huge range of personal experiences, we are looking for people who have a direct or indirect family connection to post-war British migration. Please follow this link to share your experience with the Museum. Question: What was the “Ten Pound Pom” scheme? Answer: The “Ten Pound Pom” scheme is the colloquial name for an assisted migration scheme that operated in Australia after World War II. Adult migrants were charged ₤10 for their fare and children travelled for free. “Ten Pound Poms” needed to be in sound health and under the age of 45 years. Subscribe via RSS Comments (588) sort by newest oldest 1.