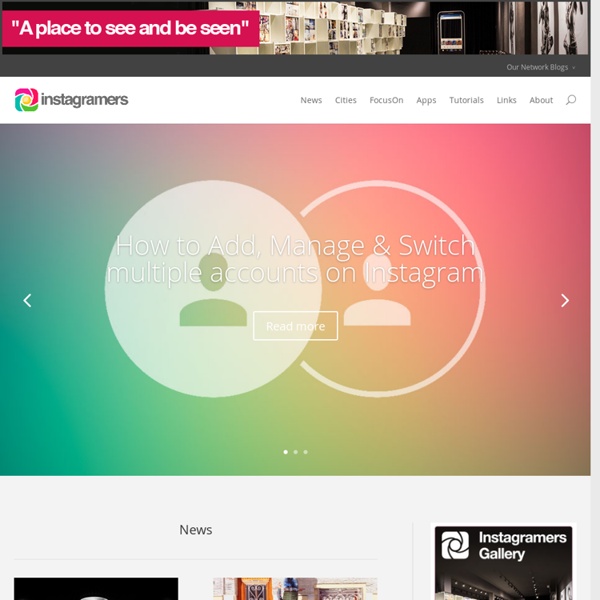 Online Photo Sharing Compared [Infographic] Photos are a great way to document your class moments throughout the year. Parents, students and administrators love to see great pictures that tell a story of what’s going on at school. But taking the photo is only half the battle. Infographic Labs has posted a great infographic comparing some of the top photo sharing services. Sharing Photos Online by Infographiclabs Tagged as: Flickr, Information graphics, photo, Photograph How Sharing On Social Networks Is Expected To Grow We share a lot on social networks. On Facebook alone we share 4 billion different items a day including status updates, links and photos. The number of photos shared on Facebook is projected to reach 100 billion by the end of summer. According to Mark Zuckerberg , sharing grows exponentially and 2 times as many people share today as they did a year ago. This infographic by Summify , a service that creates a summary of news from your social networks’ feeds, outlined just how much we’re expected to share in the future and the numbers are overwhelming. Right now the average user follows between 0 to 49 feeds including feeds from Twitter, Facebook and RSS feeds. How will you handle an increase in sharing? Check out the infographic below and click on the image to view the full size.

Pinterest 101 heart trails by Anne Dejong The Daily Digi is a digital scrapbooking site dedicated to bringing you the best information, resources, and inspiration in digital scrapbooking. Download our FREE Digital Scrapbooking Manual, sign up for our newsletter to receive free goodies, and become a member for the best deal in digital scrapbooking. *Pinterest is now open to everyone to join - no invitation needed! I think it’s safe to say that I (Katie) have done a pretty good job of promoting Pinterest lately. No need for an invite anymore, just sign up right on the homepage! The first thing you will want to do is to setup your account. When signing up, you will be prompted to create some boards. Your Pinterest experience will be completely shaped by who you follow. You can use twitter, facebook, yahoo, or gmail to help you find people you might already know. If you want some Pinterest buddies to help you get started, we are happy to help you! The Daily Digi – We have a Pinterest account now!

Oh, How Pinteresting! Yahoo Launches New Social Sentiment Slider It’s not enough to ask consumers to talk about your brand, Yahoo says. If you want to get people really engaged, invite them to weigh in on relevant content. That’s the thinking behind the company’s latest social feature called the Social Sentiment Slider, which launched today. Placed directly beneath Yahoo stories, the sponsorable widget asks a question related to the article and lets readers register their opinions by sliding their cursors across an interactive scale. For example, after a story about the future of the iPod, the Sentiment Slider might ask, “Is the iPod going the way of the dinosaur?” “It’s a new approach to social,” said Patrick Albano, Yahoo’s vice president of social, mobile, and innovation. Jaguar has signed on as a launch sponsor, but he said three other brands will be announced soon. As the feature hasn’t formally launched yet, the company said it doesn't have metrics to share.

Protecting Your Online Reputation: 4 Things You Need to Know You don't have to be running for president to care about your online reputation. Almost everything you do online is easy to track, especially when you're using social media sites. This infographic shows you how to manage your "e-reputation," perhaps saving you some embarrassment, or even your career. Gathered by digital marketing firm KBSD, it's a treasure trove of tips, techniques and information about what companies and individuals are looking for inside your personal profiles and social information, and what you can do to show off your best side to those who might want to find out unflattering things about you. So now that you've grown up (you have grown up, haven't you?) Infographic courtesy KBSD, photo courtesy iStockphoto/Yuri Arcurs

YouTube Announces Addition of Channels in Late Friday Night Blog Post After months of speculation with almost no official confirmation, YouTube has finally announced its long-awaited channel strategy in a post to the company’s blog late Friday evening. The announcement falls in line with what had previously been reported in the press, namely that YouTube will be expanding its lineup of channels to include new offerings from a variety of partners, including well-known personalities and brands in the Hollywood, music, news, and sports worlds. “These channels will have something for everyone, whether you’re a mom, a comedy fan, a sports nut, a music lover, or a pop-culture maven,” YouTube’s global head of content partnerships Robert Kyncl said in the post. Under the new system, content creators—like Vice Media or the video game lifestyle network Machinima, for example—will have a dedicated channel on the site that they will control, continually updating it with video content.

5 Best Practices for Financial Institutions on Facebook Banks, often held back by industry regulations, are rarely considered innovative when it comes to social media. But Facebook is the perfect place for financial institutions to loosen their neckties, roll up their sleeves and show some personality. The Facebook community wants to connect on a personal level, rather than learn about policy updates. If you're involved in a financial institution's marketing plan and unsure of what your Facebook presence should like — or even if you should have a Facebook presence at all — take a look at these best practices. 1. Facebook — and social media in general — is all about connecting with people. "Banks aren't really the most trusted institutions right now," says Frank Eliason, Citi's SVP of social media. While Eliason admits much of what he does with Citi's Facebook Page is experimentation, he's found huge success posting content you wouldn't ordinarily expect from a bank. 2. 3. J.P. 4. 5.