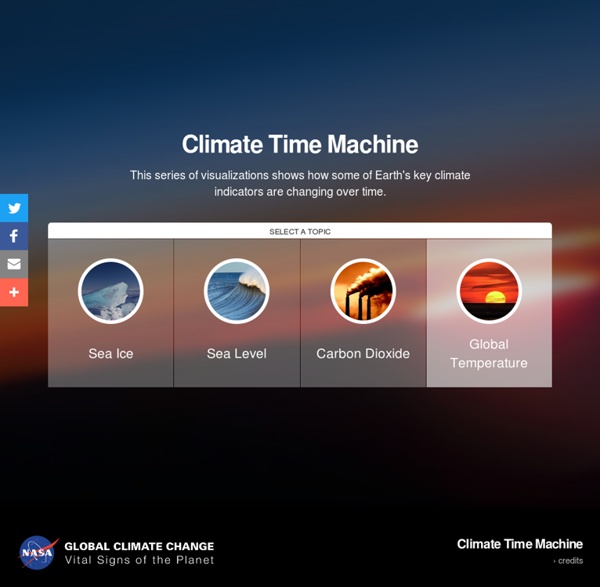 Nasa: Earth is warming at a pace 'unprecedented in 1,000 years' The planet is warming at a pace not experienced within the past 1,000 years, at least, making it “very unlikely” that the world will stay within a crucial temperature limit agreed by nations just last year, according to Nasa’s top climate scientist. This year has already seen scorching heat around the world, with the average global temperature peaking at 1.38C above levels experienced in the 19th century, perilously close to the 1.5C limit agreed in the landmark Paris climate accord. July was the warmest month since modern record keeping began in 1880, with each month since October 2015 setting a new high mark for heat. But Nasa said that records of temperature that go back far further, taken via analysis of ice cores and sediments, suggest that the warming of recent decades is out of step with any period over the past millennium. “In the last 30 years we’ve really moved into exceptional territory,” Gavin Schmidt, director of Nasa’s Goddard Institute for Space Studies, said.

Ice loss labelled as 'extreme' 10 years ago is now considered commonplace In March, the Arctic Ocean and surrounding seas recorded a low maximum extent, with rapid ice loss continuing through May. While this rate of ice loss would have been considered extreme 10 years ago, Nasa now says it's 'kind of used to these low levels of sea ice’ and it should be considered the 'new normal.' The space agency is now preparing a new method to measure the thickness of sea ice, in the hopes of better understanding the changes in the Arctic. Mapping the Global Population: How Many Live on How Much, and Where Mapping the Global Population: How Many Live on How Much, and Where By Rakesh Kochhar Updated August 13, 2015: This new edition includes corrected estimates for Iceland, Luxembourg, the Netherlands and Taiwan, and some related aggregated data. The global middle-income population is nearing the 1 billion mark. In the 111 countries included in this study, the middle-income population nearly doubled from 398 million in 2001 to 783 million in 2011.

Alaskan village votes on whether to relocate because of climate change The residents of an Alaskan coastal village have begun voting on whether to relocate because of rising sea levels. If they vote to move, the village of Shishmaref, just north of the Bering Strait, and its population of 650 people, could be the first in the US to do so because of climate change. The village would be relocated at an estimated cost of $180m to a new location less threatened by rising waters and melting sea ice. What is (Schröger's) Negentropy? Modern Trends in BioThermoKinetics 3, 50-61, 1994 Dr. Mae-Wan Ho Bioelectrodynamics Laboratory Open University, U.K.

Unnatural Climates Whether anthropogenic climate change began over 8,000 years ago or within the last few centuries, our inadvertent experiment in climate geoengineering is now not only discernible in its effects, but is also providing major challenges for ourselves and future generations Whatever action we take, from managing greenhouse gas emissions to active solar radiation management, it will have climate consequences. It’s therefore appropriate to ask two fundamental questions related to climate as a context for current and future actions: 1. What is or would be ‘natural’ climate, without human interference? World's hottest month shows challenges global warming will bring In Siberia, melting permafrost released anthrax that had been frozen in a reindeer carcass for decades, starting a deadly outbreak. In Baghdad, soaring temperatures forced the government to shut down for days at a time. In Kuwait, thermometers hit a record 54C (129F). July was the hottest month the world has endured since records began in 1880, scientists have said, and brought a painful taste of the troubles people around the world may have to grapple with as global warming intensifies. Results compiled by Nasa showed the month was 0.84C hotter than the 1951-1980 average for July, and 0.11C hotter than the previous record set in July 2015.

So What's the Deal with Calculating Your Carbon Footprint? by Emily Rabbitt on July 30, 2015 Editor’s note: This article is the first installment of a new Groundswell series on carbon footprints. We’re aiming to dispel myths about daily energy use, and share real, lasting, affordable (and often money-saving!) tips to making a change in your energy lifestyle. Stay tuned for future editions, and let us know if you have questions on carbon footprints in the comments! If you were asked right now how big your carbon footprint is, what would you say? See Before-and-After Photos of the Changing Environment Side-by-side comparisons reveal just how much glaciers, lakes, and snowpacks have been altered by nature and humans. From the ice sheets of Greenland to the deserts of Arizona, many of the world’s landscapes have been dramatically transformed as their climate grows warmer and drier. At the same time, water use and other human activities have altered many landscapes.

Catastrophe, Creativity and the Renewal of Civilization - P2P Foundation * Book: Thomas Homer-Dixon. The Upside of Down: Catastrophe, Creativity and the Renewal of Civilization. URL = Fencer (fencer.wordpress.com) [1]: What Happened to Ancient Rome? Global sea levels are rising fast, so where does that leave the cities most at risk? Current projections of global average sea level rise are now expected to double by 2100, which would be severely damaging – if not disastrous – for many of the world’s coastal cities, from Ho Chi Minh City and Mumbai to New Orleans and Miami. Yet the upcoming United Nations conference on sustainable urban development, Habitat III, is unlikely to create the international platform needed to tackle such a global threat, according to Dan Lewis, head of UN Habitat’s urban risk reduction unit. “The communication of risk is something that most UN member states are not prepared to openly discuss, unless they happen to be Tuvalu or the Maldives or other South Pacific or Caribbean islands,” Lewis told the Guardian. “Massive [climate-induced] displacement is a big problem that a lot of member states have dressed up as other kinds of issues.

Lives in the balance: climate change and the Marshall Islands Watch the full video7 minutes There may be music in the roar of the sea, as Byron eulogized, but the waves can also bring creeping unease. On low-lying fragments of land like the Marshall Islands, the tides are threatening to take away what they previously helped support: life. Hilda Heine surveys the latest temporary sea wall that cleaves her property from the waves. It has been knocked down twice since February by floods and she frets about her plants that will probably face a salty demise. Her vista would, sadly, be unremarkable in the Marshall Islands were it not for the policeman languidly guarding the corrugated metal wall – Heine is the president of the Pacific island nation.

What is System Dynamics « System Dynamics Society Introduction to System Dynamics* Summary: Overview System dynamics is a computer-aided approach to policy analysis and design. It applies to dynamic problems arising in complex social, managerial, economic, or ecological systems — literally any dynamic systems characterized by interdependence, mutual interaction, information feedback, and circular causality. The System Dynamics Approach The approach begins with defining problems dynamically, proceeds through mapping and modeling stages, to steps for building confidence in the model and its policy implications.