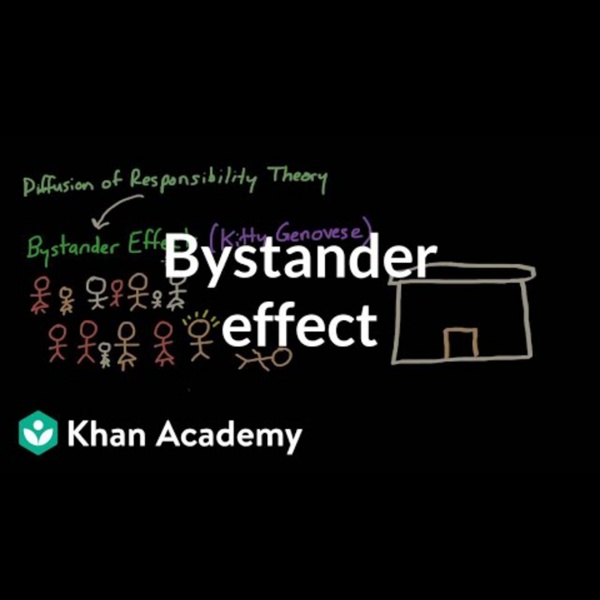 Bystander Effect Bystander Effect Definition Individuals who see or hear an emergency (but are otherwise uninvolved) are called bystanders. The bystander effect describes the phenomenon in which such individuals are less likely to seek help or give assistance when others are present. How to Overcome the Bystander Effect Psychologists have long been interested in exactly why and when we help other people. There has also been a tremendous amount of interest in the reasons why we sometimes don't help others. The bystander effect is a social phenomenon that occurs when people fail to help those in need due to the presence of other people. In many cases, people feel that since there are other people around, surely someone else will leap into action.1

5 steps for overcoming the crippling "bystander effect" Given the choice, Kitty Genovese would rather not have become the subject of social psychology research. As she was returning home from work on March 13, 1964, Kitty was approached by a man who attacked and stabbed her. She screamed repeatedly for help. At least a dozen people heard her screams, but it took a full thirty minutes before someone contacted the police. Four years later, researchers John Darley and Bibb Latane, fascinated by the Kitty Genovese case, first demonstrated the bystander effect in the lab. How To Counteract The Bystander Effect - University of Pittsburgh Student EMS Counteracting The Bystander Effect It is a beautiful spring day in Oakland. There are just a few weeks left until summer break and everyone is ready to go home.

Study shows 'Bystander Effect' not exclusive to humans A rat is less likely to help a trapped companion if it is with other rats that aren't helping, according to new research from the University of Chicago that showed the social psychological theory of the "bystander effect" in humans is present in these long-tailed rodents. The study, titled "The Bystander Effect in Rats," also demonstrated that in the presence of other potential helper rats, rats are more, rather than less, likely to help. Whether helping is facilitated or suppressed depends on the circumstances rather than on personal temperament or morals, a finding with implications for human society.

Bystander Effect Bystander effect, the inhibiting influence of the presence of others on a person’s willingness to help someone in need. Research has shown that, even in an emergency, a bystander is less likely to extend help when he or she is in the real or imagined presence of others than when he or she is alone. Moreover, the number of others is important, such that more bystanders leads to less assistance, although the impact of each additional bystander has a diminishing impact on helping. Why we still look away: Kitty Genovese, James Bulger and the bystander effect More than half a century later, the death of Kitty Genovese continues to remind us of the disconnect between what we believe about ourselves and how we really act under pressure. The murder of the 28-year-old outside her apartment in the Queens neighborhood of Kew Gardens in the early morning of 13 March 1964 rippled through New York City and around the world. How could a young, independent woman who lived on her own terms be so easily struck down? How could so many neighbors look on and turn away as she was stabbed repeatedly on the street and in her apartment building? What did that collective inability to act reveal about ourselves, our communities, and our belief systems? Genovese’s killer, Winston Moseley, died in prison this week, bringing the case and its implications back into the spotlight.

Understanding the Bystander Effect If you witnessed an emergency happening right before your eyes, you would certainly take some sort of action to help the person in trouble, right? While we might all like to believe that this is true, psychologists suggest that whether or not you intervene might depend upon the number of other witnesses present. What Is the Bystander Effect? 10 Notorious Cases of the Bystander Effect The bystander effect is the somewhat controversial name given to a social psychological phenomenon in cases where individuals do not offer help in an emergency situation when other people are present. The probability of help has in the past been thought to be inversely proportional to the number of bystanders. In other words, the greater the number of bystanders, the less likely it is that any one of them will help. This list describes the prototype of the effect and cites nine particularly heinous examples. The Parable of The Good Samaritan First, the prototype of the bystander effect.

‘Completely Senseless’: Mom of 3 Killed in Hollywood Shooting was Innocent Bystander: Friend – NBC 6 South Florida Friends and family members say a mother of three who was killed in a drive-by shooting that also left another person dead in Hollywood over the weekend was an innocent bystander. Amber Campbell was killed in the Saturday afternoon shooting in the 2600 block of Fletcher Court. Hollywood Police confirmed they are investigating the double fatal shooting, but haven't released the names of the victims or any other information. They are also asking the public for help in identifying the driver of a vehicle that may have been used in the shooting. Hollywood Police Department