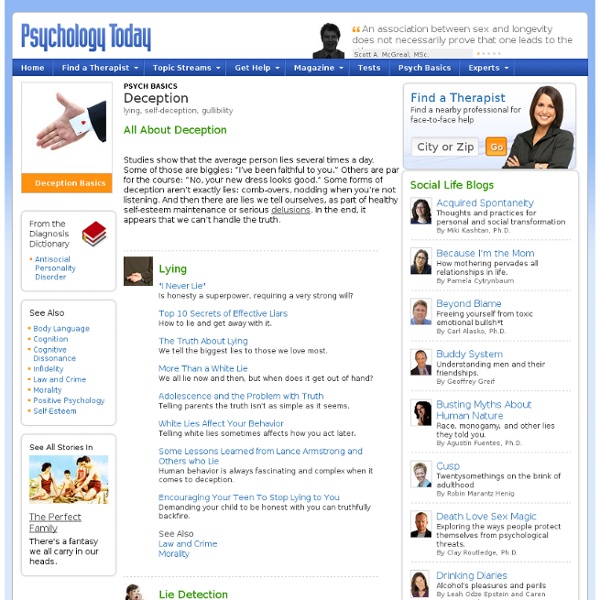 Top 10 Strange Phenomena of the Mind Humans The mind is a wonderful thing – there is so much about it which remains a mystery to this day. Science is able to describe strange phenomena, but can not account for their origins. We have all some experience of a feeling, that comes over us occasionally, of what we are saying and doing having been said and done before, in a remote time – of our having been surrounded, dim ages ago, by the same faces, objects, and circumstances – of our knowing perfectly what will be said next, as if we suddenly remember it! Déjà vu is the experience of being certain that you have experienced or seen a new situation previously – you feel as though the event has already happened or is repeating itself. Déjà vécu (pronounced vay-koo) is what most people are experiencing when they think they are experiencing deja vu. Déjà visité is a less common experience and it involves an uncanny knowledge of a new place. Déjà senti is the phenomenon of having “already felt” something. Jamie Frater

The Power of Hello It remains one of the most influential memories of my time as a college professor. I was in my office over the summer, reading through written comments from the back of my teaching evaluations (yes, we read those). While this was a large class with close to 100 students, one set of remarks in particular made me stop and think. The comment: I don't share this paraphrased student comment to toot my own horn. I'll admit, though, that I had a mixed reaction upon reading it. My university is a wonderful place. This week's effort at campus self-improvement is a "Say Hello" campaign launched by our new Office of Intercultural and Social Identities Programs. Don't confuse simple with unimportant, however. That's not just me (and student evaluations) talking—that's science. Saying hello has similar effects. Behavioral researchers have studied this tendency, too, right down to giving it a catchy name: . But these blinders also leave us less aware of what's happening around us.

Seven Ways to Say “No” and Keep Good Relations o you have trouble saying “No”? Many women and men are traditionally taught to avoid saying “no”, especially when facing authority figures. Some of us are told from a young age that we’re not supposed to say “no” to our parents , relatives, teachers, bosses, and others. There may be cultural, gender , social, religious , or institutional pressure to conform and please. Often there’s a fear of rejection, a desire to avoid confrontation, or guilt over hurting others’ feelings. Of course, it’s important to say “no” when necessary, in order to protect our boundaries and maintain one’s own priorities. For example, if your friend asks to borrow your car, and you’re uncomfortable with the idea, you can either be direct and say “no”, or you can use any of the following, assertive yet diplomatic expressions to draw the line: " be the only one driving my car “ lend out my car.” “ lend out my car.” “ I keep my car for my own use.” “ , I’m not going to be able to lend you my car.”

The art of mindreading: Empathy or rational inference? The ability to infer what another person is thinking is an essential tool for social interaction and is known by neuroscientists as "Theory of Mind" (ToM), but how does the brain actually allow us to do this? We are able to rationally infer what someone knows, thinks, or intends, but we are also able to "slip into their shoes" and infer how they feel, and it seems that the brain processes these different types of information in different ways, as confirmed by a new report in the June 2010 issue of Elsevier's Cortex. Prof. Elke Kalbe and colleagues from the Institute of Neuroscience and Medicine at the Research Centre Juelich and the Neurological University Clinic Cologne, Germany, studied a group of male volunteers as they performed a computerized task, which assessed their abilities in both emotional and rational inference. Coauthor Prof.

Why We Believe Our Own Lies 0 Share Synopsis The power of cognitive dissonance in our daily lives. Leon Festinger was an American social psychologist, responsible for the development of the Theory of Cognitive Dissonance, which suggests that when people are persuaded to say things and to behave in ways that are inconsistent with their beliefs, an uncomfortable psychological tension is aroused. This tension will lead people to change their beliefs to fit their actual behavior, rather than the other way around, as originally thought. Festinger’s ground-breaking social psychological experiments provide a central insight into the stories we tell ourselves about why we think and behave the way we do. You are told the experiment is about how your expectations affect the actual experience of a task. Your first task is extremely boring. Then you are ushered through to another room where you are interviewed about the experiment you've just done. "No," you insist. The Power of Cognitive Dissonance

1. Get Anyone to Like You, Instantly Get anyone to like you - Instantly - Guaranteed If you want people to like you, make them feel good about themselves. This golden rule of friendship works every time - guaranteed! The principle is straightforward. If I meet you and make you feel good about yourself, you will like me and seek every opportunity to see me again to reconstitute the same good feeling you felt the first time we met. The simple communication techniques that follow will help you keep the focus of the conversation on the person you are talking to and make them feel good about themselves. The Big Three Our brains continually scan the environment for friend or foe signals. Eyebrow Flash The eyebrow flash is a quick up and down movement of the eyebrows. Head Tilt The head tilt is a slight tilt of the head to one side or the other. Smile A smile sends the message "I like you." Empathic Statements Empathic statements keep the focus on the other person. Example 1 George : I've been really busy this week. Example 2 Flattery