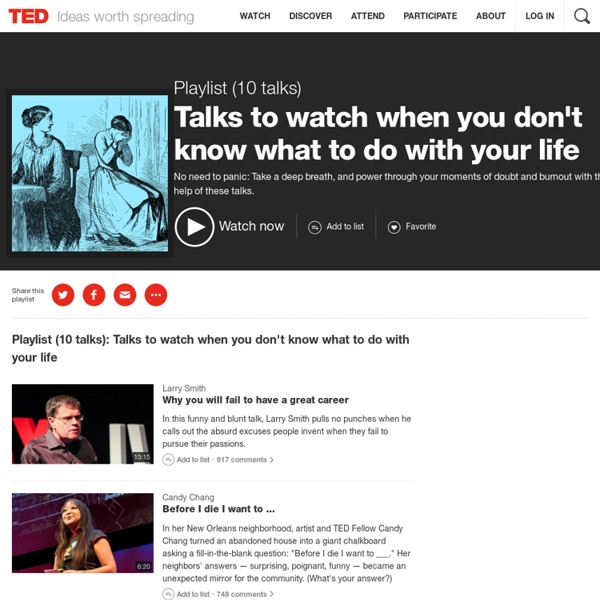 The Secret to Productivity: Focus Technology has helped us do so much more, so much faster. But many experts argue that work-related systems and tools haven’t necessarily made us more productive. How many times does your phone, tablet or computer chime to indicate email or a Facebook notification? Stop switch-tasking. Schedule tasks in blocks of time. Focus on the one-thing. Turn off notifications including the ringer on your phone. Wear headphones. Keep your work area organized based on how you work.

10 Things I Wish Everyone Knew about the Creation vs. Evolution Debate Mike Lehmann edits Jesus & Dawkins, a blog that looks at the intersection of Christianity, science, and atheism. Recently, Lehmann had an exchange with Creation Museum founder Ken Ham about the creation/evolution debate. We asked him to list what he wishes everyone understood about creation and evolution. 1. Darwin’s idea can help us read the Bible better. Darwin has helped us recover a truth the church fathers knew well but us moderns often forget: The Bible’s authority doesn’t depend on our ability to harmonize it with the latest scientific discoveries. 2. As the National Academy of Sciences explains, a scientific theory is “a comprehensive explanation of some aspect of nature that is supported by a vast body of evidence.” In this debate, we should use the word “theory” properly. 3. Theologian William Carroll describes what the doctrine of creation is really about: The doctrine of creation is not about cosmological or biological change — it’s about why anything exists at all. 4. 5. 6.

The Top of My Todo List April 2012 A palliative care nurse called Bronnie Ware made a list of the biggest regrets of the dying. Her list seems plausible. I could see myself—can see myself—making at least 4 of these 5 mistakes. If you had to compress them into a single piece of advice, it might be: don't be a cog. The 5 regrets paint a portrait of post-industrial man, who shrinks himself into a shape that fits his circumstances, then turns dutifully till he stops. The alarming thing is, the mistakes that produce these regrets are all errors of omission. I would like to avoid making these mistakes. Don't ignore your dreams; don't work too much; say what you think; cultivate friendships; be happy. which I then put at the top of the file I use as a todo list.

untitled The 10 Most Important Questions You Can Ask Yourself Today Email At the end of the day, the questions we ask ourselves determine the type of people we become. When you’ve been running a successful personal development blog and life coaching business for the better part of a decade, one thing becomes crystal clear: Everyone has the same basic wants and needs. No kidding, over the years Angel and I have gotten to know thousands of people of different ethnic backgrounds, from different cities and countries, who live at various socioeconomic levels, and trust me, every one of us basically wants the same things. Think about it. So what kind of questions might you ask instead? What is worth suffering for? Your turn… At any given moment, life is filled with unanswered questions, but it is the courage to seek these answers that continues to give our lives meaning. So with that said, which of the questions above hit home the most? This article was co-written by Marc and Angel and Mark Manson, and inspired by Mark’s insightful work which can be found here.

Godchecker.com - Your Guide To The Gods How to Do What You Love January 2006 To do something well you have to like it. That idea is not exactly novel. We've got it down to four words: "Do what you love." But it's not enough just to tell people that. The very idea is foreign to what most of us learn as kids. And it did not seem to be an accident. The world then was divided into two groups, grownups and kids. Teachers in particular all seemed to believe implicitly that work was not fun. I'm not saying we should let little kids do whatever they want. Once, when I was about 9 or 10, my father told me I could be whatever I wanted when I grew up, so long as I enjoyed it. Jobs By high school, the prospect of an actual job was on the horizon. The main reason they all acted as if they enjoyed their work was presumably the upper-middle class convention that you're supposed to. Why is it conventional to pretend to like what you do? What a recipe for alienation. The most dangerous liars can be the kids' own parents. Bounds Unproductive pleasures pall eventually.

Magical Mornings: How to start your day with more creativity, serenity, and insight — Better Humans Each morning our return to waking life is marked by a unique mental state. In those first minutes of our day, our minds are in an estuary between the dream world and 3rd dimensional consciousness. Like an aquatic estuary, it’s ripe with nutrients and lifeforms that you can’t find anywhere else. This in-between state of the mind can be used for greater creativity, serenity, and flow. For many years I squandered these golden minutes. Like an engine, or a muscle group, your mind runs a lot smoother if it’s allowed to gradually warm up. Inversely, going from sleep to mental sprinting can send the nervous system into Fight or Flight mode. Meditation has become quite popular in the business world for it’s ability to train the mind towards clarity of thought. Hypnotists do their work by getting subjects to enter lower frequency brain waves states. By paying attention while waking up, we can bridge the gap between waking life the creative unconscious. I started doing Morning Pages 292 days ago.

She Was Called The World's Ugliest Woman, Now She's An Inspiration by Kase Wickman 3/17/2015 Imagine you’re 17 years old. You’re surfing the web, procrastinating. Except, in all likelihood, when you click a video plainly titled “THE WORLD’S UGLIEST WOMAN,” you won’t see your own face looking back at you. This is what happened to Lizzie Velasquez, now 26 years old. While she’s been bullied by forces seen and unseen — cruel playground taunts, strangers sneering on the sidewalk, commenters on that YouTube video telling her to do unspeakable things and calling her unrepeatable names — instead of retreating into herself, Velasquez has taken full ownership of her own story and turned it into a force for good. Embedded from www.youtube.com. And now, at this year’s South by Southwest Film Festival, Velasquez took yet another step forward in her personal journey with the debut of “A Brave Heart: The Lizzie Velasquez Story.” Embedded from www.youtube.com. “I get a lot of it still from my TED Talk, actually,” she said. “I would absolutely say thank you,” she said.

Intuitionistic Theism: Religion without Faith | Is it necessary to take the word of others about answers to the most important of questions? The author contends no. I Asked Atheists How They Find Meaning In A Purposeless Universe