15 English Phrases for the Doctor’s Office. Phrases a doctor might say: “We’ll need to run some tests.” 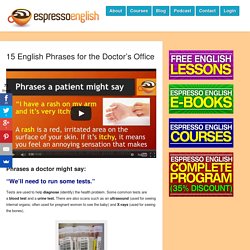 Tests are used to help diagnose (identify) the health problem. Some common tests are a blood test and a urine test. There are also scans such as an ultrasound (used for seeing internal organs; often used for pregnant women to see the baby) and X-rays (used for seeing the bones). Blood samples ready for testing.

Listening. Britain & culture. IT. General teaching resources. Interesting articles for students. Vocabulary. Humour etc. Can neuroscience solve the mystery of how students learn? No one knows how much knowledge students take home with them after a day at school. 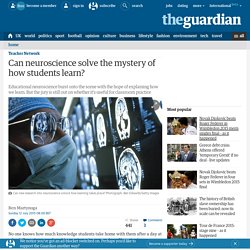 Tests, homework and inspections give a snapshot of learning but ultimately it’s something that you cannot see; it’s invisible and personal. The educational researcher Graham Nuthall spent 40 years trying to understand how we learn. He wired classrooms in New Zealand for sound, installed video cameras, sat in on lessons and interviewed hundreds of students. But despite crunching mountains of data, he was not able to draw any conclusions. In recent years, a new field of enquiry has burst onto the scene with the hope of finally unlocking the secret of how learning takes place. This approach has been explored by scientists at Carnegie Mellon University in Pittsburgh, US, who conducted a study last year.

Käsitöiden tekeminen kannattaa – neulominen parantaa muistia - Käsityöt - Elämä. Talking about information, knowledge and ignorance. Metaphor map charts the images that structure our thinking. Metaphor is not the sole preserve of Shakespearean scholarship or high literary endeavour but has governed how we think about and describe our daily lives for centuries, according to researchers at Glasgow University. 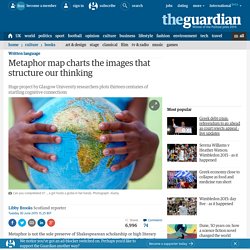 Experts have now created the world’s first online Metaphor Map, which contains more than 14,000 metaphorical connections sourced from 4m pieces of lexical data, some of which date back to 700AD. While it is impossible to pinpoint the oldest use of metaphor in English, because some may have been adopted from earlier languages such as Germanic, the map reveals that the still popular link between sheep and timidity dates back to Old English. Likewise, we do not always recognise modern use of metaphor: for example, the word “comprehend” comes from Latin, where it meant to physically grasp an object. 1100 Free Online Courses from Top Universities. 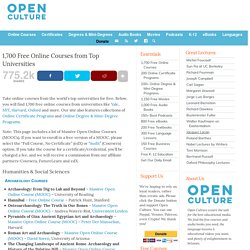 You can download these audio & video courses (often from iTunes, YouTube, or university web sites) straight to your computer or mp3 player. Over 30,000 hours of free audio & video lectures, await you now. Humanities & Social Sciences Art & Art History Courses. Adapting games – Truth be told with second conditionals. Truth be told is a game that encourages players to be creative. 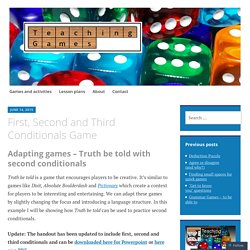 It’s similar to games like Dixit, Absolute Boulderdash and Pictionary which create a context for players to be interesting and entertaining. We can adapt these games by slightly changing the focus and introducing a language structure. In this example I will be showing how Truth be told can be used to practice second conditionals. Update: The handout has been updated to include first, second and third conditionals and can be downloaded here for Powerpoint or here as a PDF. This is a simple game that can be used with a wide variety of language. Instructions. Nonacademic Skills Are Key To Success. But What Should We Call Them? : NPR Ed. More and more people in education agree on the importance of learning stuff other than academics. 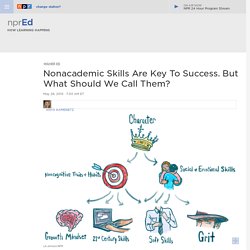 But no one agrees on what to call that "stuff". There are least seven major overlapping terms in play. Information Literacy. BBC Learning English sur Twitter : "Writing a good CV - that’s the theme in 6 Minute #English #businessenglish #vocab #elt. BBC Learning English - 6 Minute English / Does your CV shine? A Quick Puzzle to Test Your Problem Solving. The answer was extremely basic. 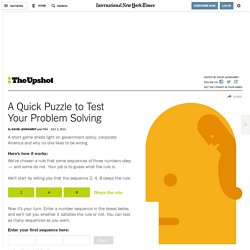 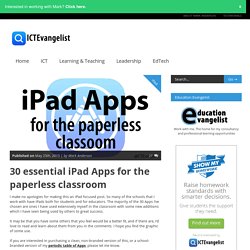 So many of the schools that I work with have iPads both for students and for educators. The majority of the 30 Apps I’ve chosen are ones I have used extensively myself in the classroom with some new additions which I have seen being used by others to great success. 22+ Funny Placement Coincidences That Tell A Different Story. Before Louis Daguerre, people saw something funny and probably thought to themselves, "Boy, I sure wish that [insert name] was here to see this! 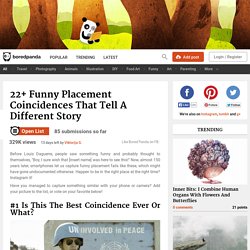 " Now, almost 150 years later, smartphones let us capture funny placement fails like these, which might have gone undocumented otherwise. Happen to be in the right place at the right time? Instagram it! Have you managed to capture something similar with your phone or camera?