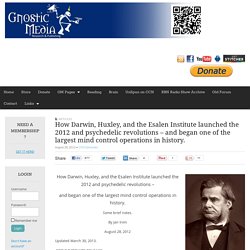 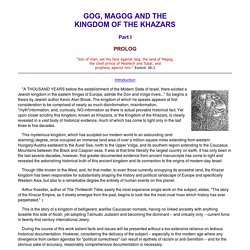 " Ezekiel 38:2 Introduction "A THOUSAND YEARS before the establishment of the Modern State of Israel, there existed a Jewish kingdom in the eastern fringes of Europe, astride the Don and Volga rivers... " How To Stay Sane, When You Know Everything is a lie 18Apr2013 2 of 3. Le colonel Wilkerson : revolution-USA ! 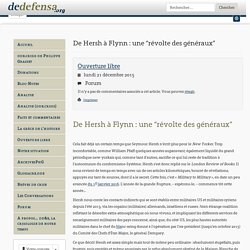 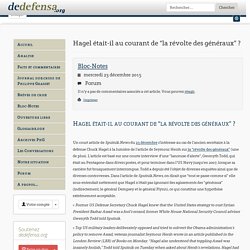 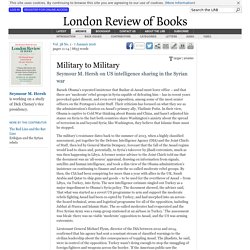 Their criticism has focused on what they see as the administration’s fixation on Assad’s primary ally, Vladimir Putin. In their view, Obama is captive to Cold War thinking about Russia and China, and hasn’t adjusted his stance on Syria to the fact both countries share Washington’s anxiety about the spread of terrorism in and beyond Syria; like Washington, they believe that Islamic State must be stopped. Lieutenant General Michael Flynn, director of the DIA between 2012 and 2014, confirmed that his agency had sent a constant stream of classified warnings to the civilian leadership about the dire consequences of toppling Assad. Untitled. La Verdad Oculta (The Whistleblower) Putin Remembers Yugoslavia. Dirty Wars and Reporters Under Attack with Jeremy Scahill. Assassinations: Is This 'American Exceptionalism'? 'CIA killed 9/11 author in black ops hit' 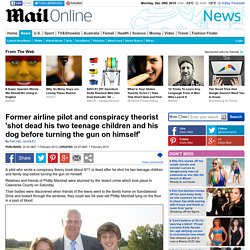 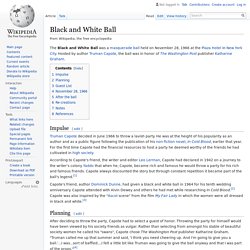 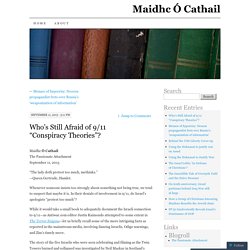 —Queen Gertrude, Hamlet. Whenever someone insists too strongly about something not being true, we tend to suspect that maybe it is. In their denials of involvement in 9/11, do Israel’s apologists “protest too much”? While it would take a small book to adequately document the Israeli connection to 9/11—as Antiwar.com editor Justin Raimondo attempted to some extent in The Terror Enigma—let us briefly recall some of the more intriguing facts as reported in the mainstream media, involving dancing Israelis, Odigo warnings, and Zim’s timely move. The story of the five Israelis who were seen celebrating and filming as the Twin Towers burned and collapsed was investigated by Neil Mackay in Scotland’s Sunday Herald. Truman Capote's Black And White Ball - The Black And White Ball At The Plaza Hotel. On November 28, 1966 American novelist Truman Capote threw a party for Pulitzer Prize winner and President of the Washington Post and Newsweek, Katharine Graham. 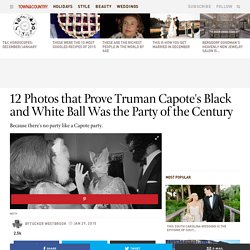 At the time, Graham was considered one of the most powerful women in America. Eight years after the party, in 1974, she granted the Post permission to investigate Watergate, which ended in the forced resignation of President Richard Nixon. Advertisement - Continue Reading Below Besides his guest of honor Ms. After NSA Backdoors, Security Experts Leave RSA for a Conference They Can Trust. We thought we won the Crypto Wars, the fight to make strong encryption accessible to all, in the 1990s. 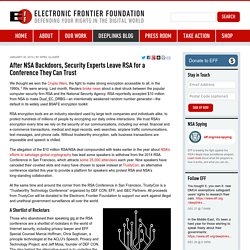 We trust RSA’s encryption every time we rely on the security of our communications, including our email, financial and e-commerce transactions, medical and legal records, web searches, airplane traffic communications, text messages, and phone calls. Exclusive: NSA infiltrated RSA security more deeply than thought - study. Sayonara Middle Class: 22 Stunning Pieces Of Evidence That Show The Middle Class In America Is Dying. Once upon a time, middle class households took home 62 percent of all income in America.

Today, that number has dropped to just 43 percent. This is just one of the absolutely astounding statistics that you will read about in this article. Over the years, the middle class in America has been in steady decline. James Tracy, Controversial FAU Professor, Says Boston Bombing Is A Government Conspiracy. Once again, Florida Atlantic University associate professor James Tracy is questioning whether we witnessed a national tragedy or a government conspiracy. Tracy, who is paid $64,650 to teach communications classes at the Boca Raton campus, drew national scorn when he questioned whether the Sandy Hook school massacre really happened.

Now he's asking whether the Boston Marathon bombings were real. University leaders have scrambled to distance themselves from his comments, but they can't stifle him because he's presented his conspiracy theories on his own blog, not in the classroom. And he's got tenure. James Tracy, FAU Professor, Disputes Newtown Sandy Hook Massacre Account. A communication professor known for conspiracy theories has stirred controversary at Florida Atlantic University with claims that last month's Newtown, Conn., school shootings did not happen as reported -- or may not have happened at all. Moreover, James Tracy asserts in radio interviews and on his memoryholeblog.com that trained "crisis actors" may have been employed by the Obama administration in an effort to shape public opinion in favor of the event's true purpose: gun control. "As documents relating to the Sandy Hook shooting continue to be assessed and interpreted by independent researchers, there is a growing awareness that the media coverage of the massacre of 26 children and adults was intended primarily for public consumption to further larger political ends," writes Tracy, a tenured associate professor of media history at FAU and a former union leader.

The Garrison State. "The Garrison State" was a 1941 article in the American Journal of Sociology by political scientist and sociologist Harold Lasswell. It was a "developmental construct" that outlined the possibility of a political-military elite composed of "specialists in violence" in a modern state. Lasswell was particularly influenced by the development of aerial warfare, especially as employed during the Second Sino-Japanese War, which he believed would lead to a "socialization of danger" throughout. The Garrison State on JSTOR. American Journal of Sociology Description: Established in 1895 as the first U.S. scholarly journal in its field, American Journal of Sociology remains a leading voice for analysis and research in the social sciences. The journal presents pathbreaking work from all areas of sociology, with an emphasis on theory building and innovative methods.

AJS strives to speak to the general sociological reader and is open to sociologically informed contributions from anthropologists, statisticians, economists, educators, historians, and political scientists. 44 Years in Prison, Still a Revolutionary - Eddie Conway on Reality Asserts Itself (1/10) Mr. Conway, a former member of the Baltimore Black Panther chapter, says as a child he didn't understand politics, but he did understand oppression - Transcript PAUL JAY, SENIOR EDITOR, TRNN: Welcome to The Real News Network.

I'm Paul Jay in Baltimore. Eddie Conway was lieutenant of security for the Black Panther Party from 1968 to mid 1970. Stella Tremblay Resigns From New Hampshire Legislature. A New Hampshire state legislator who drew fire for claiming the Boston Marathon bombing was an inside job has resigned from office. State Rep. Stella Tremblay (R-Auburn) sent a letter of resignation to House Speaker Terrie Norelli (D-Portsmouth) Thursday, just before lawmakers convened to pass the state budget, WMUR reports. The move comes a day after Tremblay emailed the entire 424-member legislature to reiterate her claims and suggest the need for more investigation into the April attacks.