The Nature of Writing. Countable and Uncountable Nouns. 10 Points About Possessives. By Mark Nichol Writers are often challenged by the details of producing singular and possessive forms, but dealing with less common possessive variations can be downright vexing. 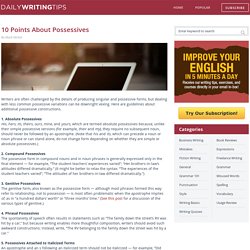 Here are guidelines about additional possessive constructions. 1. Aggregate nouns. Common Errors in English Usage and More. When writing about jointly owned objects, people often fret about where to place apostrophes. 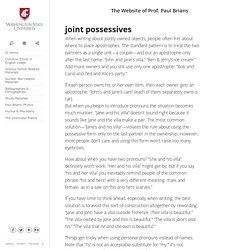 The standard pattern is to treat the two partners as a single unit—a couple—and put an apostrophe only after the last name: “John and Jane’s villa,” “Ben & Jerry’s ice cream.” Add more owners and you still use only one apostrophe: “Bob and Carol and Ted and Alice’s party.” If each person owns his or her own item, then each owner gets an apostrophe: “John’s and Jane’s cars“ (each of them separately owns a car). But when you begin to introduce pronouns the situation becomes much murkier. “Jane and his villa” doesn’t sound right because it sounds like Jane and the villa make a pair. How about when you have two pronouns? If you have time to think ahead, especially when writing, the best solution is to avoid this sort of construction altogether by rewording: “Jane and John have a villa outside Florence. Things get tricky when using personal pronouns instead of names. Developmental English: Introduction to College Composition.

There are a lot of ways to categorize nouns: common vs. proper nouns, concrete vs. abstract nouns, count vs. non-count nouns, and compound vs. non-compound nouns. 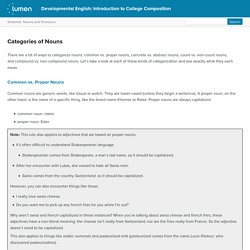 Let’s take a look at each of these kinds of categorization and see exactly what they each mean. Common vs. BBC Learning English - Course: English In A Minute / Unit 1 / Session 15 / Activity 1. 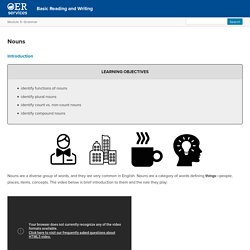 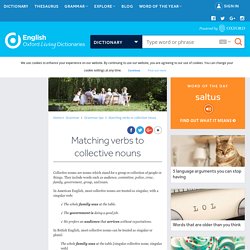 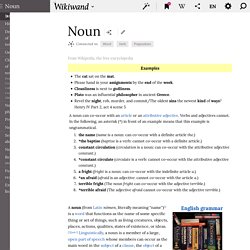 In Yāska's Nirukta, the noun (nāma) is one of the four main categories of words defined.[4] Definitions of nouns Nouns have sometimes been defined in terms of the grammatical categories to which they are subject (classed by gender, inflected for case and number). Such definitions tend to be language-specific, since nouns do not have the same categories in all languages. Nouns are frequently defined, particularly in informal contexts, in terms of their semantic properties (their meanings).

Mass noun. In linguistics, a mass noun, uncountable noun, or non-count noun is a noun with the syntactic property that any quantity of it is treated as an undifferentiated unit, rather than as something with discrete subsets. 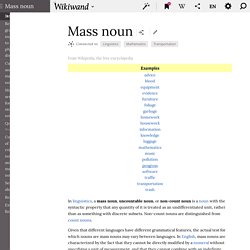 Non-count nouns are distinguished from count nouns. Some mass nouns can be used in English in the plural to mean "more than one instance (or example) of a certain sort of entity"—for example, "Many cleaning agents today are technically not soaps, but detergents. " In such cases they no longer play the role of mass nouns, but (syntactically) they are treated as count nouns. Some nouns have both a mass sense and a count sense (for example, paper). Relating grammatical number to physical discreteness. 1, 2, 3, GMAT—count nouns on Sentence Correction. 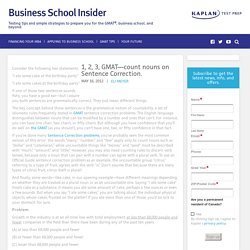