Verb aspect. Preparing for College English I. This activity is not graded. 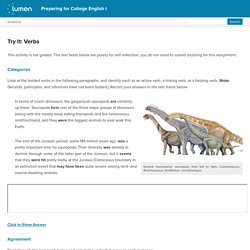 The text fields below are purely for self-reflection; you do not need to submit anything for this assignment. Categorize Look at the bolded verbs in the following paragraphs, and identify each as an active verb, a linking verb, or a helping verb. (Note: Gerunds, participles, and infinitives have not been bolded.) Record your answers in the text frame below Several macronarian sauropods; from left to right, Camarasaurus, Brachiosaurus, Giraffatitan, and Euhelopus. In terms of iconic dinosaurs, the gargantuan sauropods are certainly up there. The end of the Jurassic period, some 145 million years ago, was a pretty important time for sauropods. Click to Show Answer Your answer should look something like this. Preparing for College English I. Introduction Learning Objectives identify functions and categories of verbsidentify helping verbsidentify verb tensesidentify subject and verb agreementidentify verb tense consistencyidentify gerundsidentify participlesidentify infinitives From 2002 to 2006, The Centers for Disease Control (CDC) ran a media campaign entitled “Verb: It’s What You Do.” 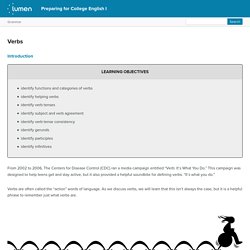 This campaign was designed to help teens get and stay active, but it also provided a helpful soundbite for defining verbs: “It’s what you do.”

How to Use Have and Get in English - Improve English Grammar. Expressing Preferences with Would Rather. Both would rather and would prefer are used to express preferences in English. 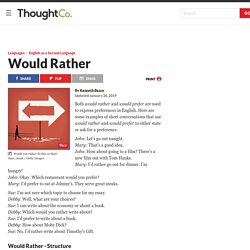 Here are some examples of short conversations that use would rather and would prefer to either state or ask for a preference. John: Let's go out tonight.Mary: That's a good idea.John: How about going to a film? There's a new film out with Tom Hanks.Mary: I'd rather go out for dinner. I'm hungry! John: Okay. Meaning of permission in Longman Dictionary of Contemporary English. Got it! 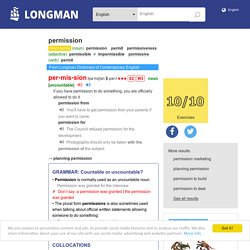 We use cookies to personalise content and ads, to provide social media features and to analyse our traffic. We also share information about your use of our site with our social media, advertising and analytics partners. More info Cookie Consent plugin for the EU cookie law. Different Meanings of 'Make' in Everyday Speech. Grammar Patterns 1: Verbs. Senior Editors Gill Francis, Susan Hunston, Elizabeth Manning Editorial Consultant Eugene Gatt Winter Editorial Assistant Deborah Orpin For the printed version of this book, the Computer Officer was Tim Lane. 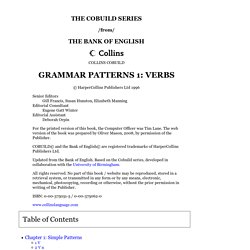 The web version of the book was prepared by Oliver Mason, 2008, by permission of the Publisher. COBUILD© and the Bank of English© are registered trademarks of HarperCollins Publishers Ltd. Updated from the Bank of English. Based on the Cobuild series, developed in collaboration with the University of Birmingham. All rights reserved.

'No' and 'Not' Exercise 2. Mixed Tenses. English Verb Tenses. Stative Verbs. The Learning Centre – Online Programs. English for Emails: Subjects and attachments. When do we use 'do/does/did' in questions beginning 'Who...?' Learners' Questions: Wear, put on, dress. Would rather, had better. Dictionary.cambridge. Learning English. Infinitives and imperatives. Subjunctive Verbs. Skillswise - Verbs. Self-grading multiple-choice exercises. Verbs and tenses.

Modal Verbs - Transitive and Intransitive Verbs, Auxiliary Verbs, and 6 More Grammar Terms You Used to Know. Most verbs are what's called action verbs: they can express active action, like run, swing, or levitate; not-so-active action, like twitch or yodel; or action that requires no movement at all, like think, imagine, or digress. 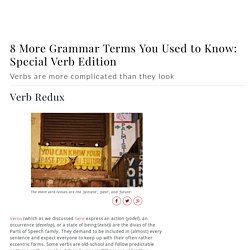 There are, however, several other kinds of verbs, and you use them all the time. One very common verb variety is the linking verb. A linking verb (also called a copula) connects a subject with an adjective or noun (or an adjective phrase or noun phrase) that describes or identifies that subject. We saw the most common linking verb in a sentence on the last page. Let's revisit it here: A few grammarians are rude about the yodeling. Be (which in this sentence takes the form are—such a diva) is a linking verb that connects the subject, a few grammarians with an adjective phrase that describes that subject, rude about the yodeling. The new neighbors are both engineers. Another common linking verb is become: They became enchanted by the yodeling. English Grammar. Verbs: types.

Main verbs have meanings related to actions, events and states. 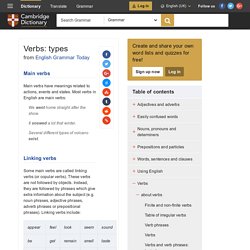 Most verbs in English are main verbs: We went home straight after the show. It snowed a lot that winter. Several different types of volcano exist. Some main verbs are called linking verbs (or copular verbs). A face appeared at the window. He’s a cousin of mine. This coat feels good. She remained outside while her sister went into the hospital. There are three auxiliary verbs in English: be, do and have. Auxiliary be is used to indicate the continuous and the passive voice: 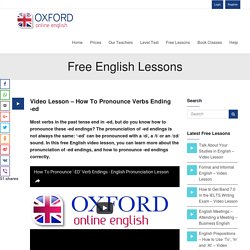 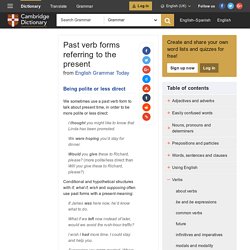 We were hoping you’d stay for dinner. Would you give these to Richard, please? (more polite/less direct than Will you give these to Richard, please?) Conditional and hypothetical structures with if, what if, wish and supposing often use past forms with a present meaning: If James was here now, he’d know what to do. What if we left now instead of later, would we avoid the rush-hour traffic?