Cicely Tyson, Actress Who Showed the Power of Women, Dies at 96. Cicely Tyson, the admired Oscar-nominated actress who made television history while forging a sterling career out of portraying women of strength and substance, died Thursday. 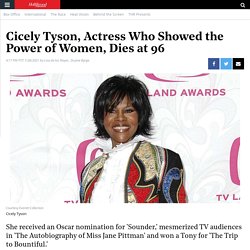 She was 96. Her death was announced by her longtime manager, Larry Thompson. Tyson died two days after her memoir Just as I Am was published. She gave her last interviews about the book, including a sit-down with Gayle King, this week. Saluted with an honorary Academy Award at the Governors Awards in November 2018, Tyson became the first African American to win a lead actress Emmy Award when she was recognized for her astonishing performance as a woman who ages from 23 to 110 — from the 1850s to the civil-rights era — in the 1974 CBS telefilm The Autobiography of Miss Jane Pittman. A decade earlier, her work opposite George C. "I saw that I could not afford the luxury of just being an actress. "When I read a script: either my skin tingles or my stomach churns. "Every moment to me in life is a learning experience. Naxos Music Library. Matthew Gray Gubler.

American actor, filmmaker and model Early life and education[edit] Gubler was born on March 9, 1980, in Las Vegas, Nevada, the son of Marilyn (née Kelch), a rancher and political consultant, and John Gubler, an attorney.[2] Gubler is a high school graduate of the Las Vegas Academy of International Studies, Visual and Performing Arts, where he studied acting because the school did not offer his first choice, filmmaking.[3] He is a graduate of New York University's Tisch School of the Arts, where he majored in film directing. 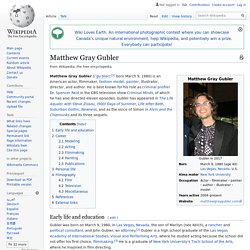 Career[edit] Modeling[edit] Rita Moreno. Puerto Rican singer, dancer and actress Moreno is one of the few artists[2] to have won all four major annual American entertainment awards: an Emmy, a Grammy, an Oscar and a Tony.[3] She is also one of 23 people who have achieved what is called the Triple Crown of Acting, with individual competitive Academy, Emmy and Tony awards for acting; she and Helen Hayes are the only two who have achieved both distinctions. 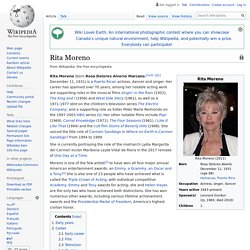 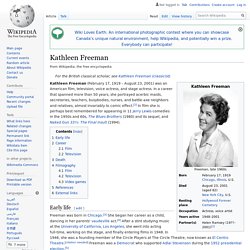 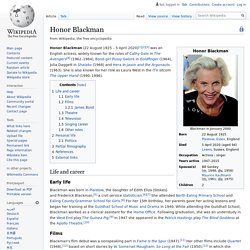 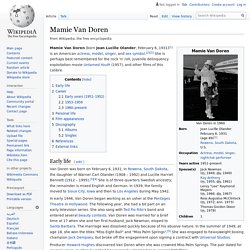 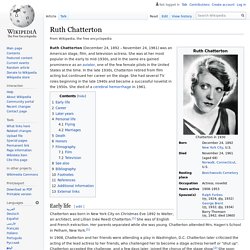 She was at her most popular in the early to mid-1930s, and in the same era gained prominence as an aviator, one of the few female pilots in the United States at the time. In the late 1930s, Chatterton retired from film acting but continued her career on the stage. Jordan Peele. American actor, comedian, writer, and director Jordan Haworth Peele (born February 21, 1979) is an American actor, comedian, writer, director, and producer. 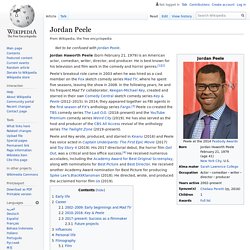 He is best known for his television and film work in the comedy and horror genres.[1][2] Ari Aster. American filmmaker and screenwriter Early life[edit] As a child, Aster became obsessed with horror films, frequently renting them from local video stores: "I just exhausted the horror section of every video store I could find ... 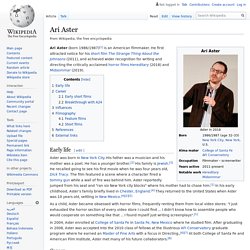 I didn't know how to assemble people who would cooperate on something like that ... I found myself just writing screenplays".[1] Virginia Christine. American actress Virginia Christine (March 5, 1920 – July 24, 1996) was an American stage, radio, film, television, and voice actress.[1] Though Christine had a long career as a character actress in film and television, she is probably best remembered as "Mrs. 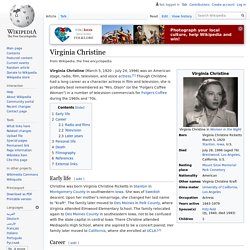 Olson" (or the "Folgers Coffee Woman") in a number of television commercials for Folgers Coffee during the 1960s and '70s. Early life[edit] Christine was born Virginia Christine Ricketts in Stanton in Montgomery County in southwestern Iowa. She was of Swedish descent. Annabella Sciorra. American actress Early life[edit] Career[edit] Edward G. Robinson Jr. Edward G. "Manny" Robinson Jr. (March 19, 1933 – February 26, 1974) was an American actor. He was the son of actor Edward G. Edward G. Robinson. Romanian American actor During the 1930s and 1940s, he was an outspoken public critic of fascism and Nazism, which were growing in strength in Europe leading up to World War II. His activism included contributing over $250,000 to more than 850 organizations involved in war relief, along with cultural, educational and religious groups.

During the 1950s, he was called to testify at the House Un-American Activities Committee during the Red Scare, but was cleared of any Communist involvement. Jill Clayburgh. American actress Early life[edit] Clayburgh was born in New York City, the daughter of Julia Louise (née Dorr; 1910–1975),[1] an actress and theatrical production secretary for producer David Merrick, and Albert Henry "Bill" Clayburgh, a manufacturing executive.[2][3][4] Her paternal grandmother was concert and opera singer Alma Lachenbruch Clayburgh.[5] Clayburgh's mother was Protestant[6] and her father was Jewish,[7][8] though she reportedly never talked about her religious background and was raised in no faith.[6] Clayburgh never got along with her parents and began therapy at an early age: "I was very rebellious as a teenager, aside from having an unhappy, neurotic childhood.

But I just can't go into it. I think I had a lot of energy and undirected need so I just kind of rebelled in a general fashion. Jussie Smollett. American actor Smollett was indicted on February 20, 2019 for disorderly conduct consisting of allegedly paying two Nigerian-American brothers to stage a fake hate crime assault on him and filing a false police report.[7] Smollett's defense team reached a deal with prosecutors on March 26, 2019, in which all charges were dropped in return for Smollett performing community service and forfeiting his $10,000 bond.[8] On March 27, 2019, it was announced that the FBI would be investigating why the charges were dismissed.[9]