Are You A Slave To The System? This Haunting Cartoon Might Cause You To Think Twice. This short-film shows how the modern-day world has become more focused upon ‘things’ rather than ‘people’, and in effect allowed an extreme amount of dehumanization to become norm. 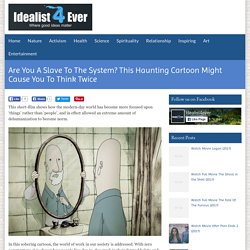 In this sobering cartoon, the world of work in our society is addressed. With zero commentary, it is shown how people live day-to-day stuck in their formed habits and routines, using each other to accomplish tasks like mechanical functions. People become ‘things’, such as support for clothes, a taxi, or a signal for traffic. The film features a cartoon man’s daily routine as he goes to his place of employment. He wakes up, shaves, grabs his sweater, and crosses the city. And as such, as soon as the man reaches his workspace, he lays down flat and begins to function as a doormat for people to trample upon. That in our modern-day world where people are more focused upon ‘things’ rather than ‘people’, an extreme amount of dehumanization has become norm. You are not meant to be a slave to the system. Funny balance pictures. Moon Moon. About Moon Moon is a fictional wolf character that is portrayed as a mentally challenged outcast in the pack. 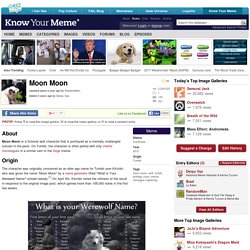 On Tumblr, the character is often paired with silly interior monologues in a similar vein to the Doge meme. Origin The character was originally conceived as an alter ago name for Tumblr user Kitchiki, who was given the name “Moon Moon” by a name generator titled "What is Your Werewolf Name? (shown below). Spread On April 15th, Tumblr user Frukass posted a reply to Kitchiki’s post, containing a comic depicting a wolf pack on a hunt with Moon Moon suddenly rushing in to “get the thing”. 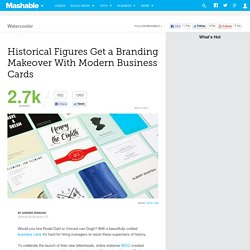 With a beautifully crafted business card, it's hard for hiring managers to resist these superstars of history. To celebrate the launch of their new letterheads, online stationer MOO created custom business card and letter head designs for 12 prominent figures. Each design plays on its particular celebrity's personality to reflect their personal brand — at least if they had branding back in the time of Henry VIII or Jane Austen.

Some of the designs also make clever plays on words or references to the figures' lives and works. Albert Einstein's cards reflect a bold E=mc2 within the typeface while William Shakespeare's make a reference to writer Christopher Marlowe, who is rumored to have written some of The Bard's famous plays. With such slick designs, these historical figures would be networking like crazy if they were around today. WTVideo.com - The best videos of the day! The funniest place in the Universe. Photo Collage Maker - Photofunia, picjoke. Photo Effects, Photo Frames, Photo Fun. Video Concierge. 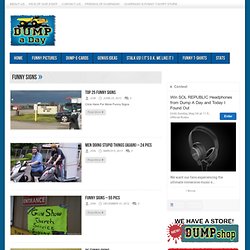