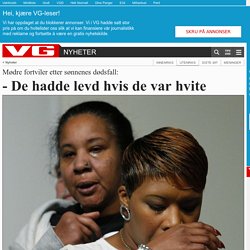 De fire mødrene møttes for første gang under et intervju hos den amerikanske nyhetskanalen CNN. Rich Hill. 15 Year Old Who “SWATTED” Gamer Convicted Of Domestic Terrorism; 25 Years To Life In Federal Prison. DeQuincy, LA — What many teenagers these days are considering a harmless prank, has landed one online gamer in more trouble than he could have ever imagined. 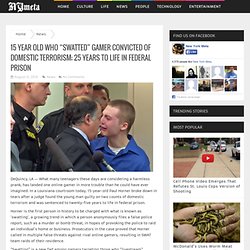 In a Louisiana courtroom today, 15-year-old Paul Horner broke down in tears after a judge found the young man guilty on two counts of domestic terrorism and was sentenced to twenty-five years to life in federal prison. Horner is the first person in history to be charged with what is known as ‘swatting‘, a growing trend in which a person anonymously files a false police report, such as a murder or bomb threat, in hopes of provoking the police to raid an individual’s home or business. Prosecutors in the case proved that Horner called in multiple false threats against rival online gamers, resulting in SWAT team raids of their residence. “Swatting” is a new fad among gamers targeting those who “livestream“, broadcasting themselves and their game play live over the Internet to fans and in-game rivals alike. Last Chance High (Episode 1) On Chicago's West Side, there is a school for the city's most at-risk youth — the Moses Montefiore Academy. 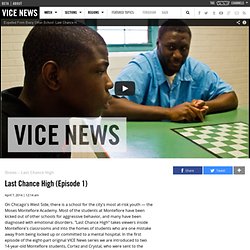 Most of the students at Montefiore have been kicked out of other schools for aggressive behavior, and many have been diagnosed with emotional disorders. "Last Chance High" takes viewers inside Montefiore's classrooms and into the homes of students who are one mistake away from being locked up or committed to a mental hospital. In the first episode of the eight-part original VICE News series we are introduced to two 14-year-old Montefiore students, Cortez and Crystal, who were sent to the school after violently attacking teachers. Cortez's mother blames the boy's father, who is serving a life sentence for murder. Crystal has stabbed her classmates and been caught shoplifting since arriving to Montefiore, which has left her mother on the verge of a nervous breakdown. 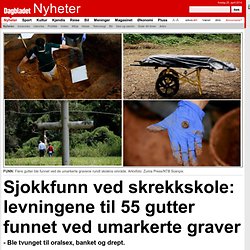 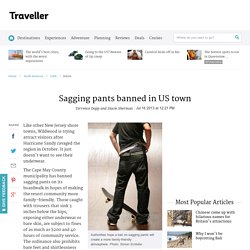 It just doesn't want to see their underwear. The Cape May County municipality has banned sagging pants on its boardwalk in hopes of making the resort community more family-friendly. Those caught with trousers that sink 3 inches below the hips, exposing either underwear or bare skin, are subject to fines of as much as $200 and 40 hours of community service. The ordinance also prohibits bare feet and shirtlessness after 8pm.

"I'm not the fashion police and I do realize there are societal changes," Mayor Ernest Troiano said in an interview. Sagging, as the trend is called, began in prisons and spread via hip-hop artists to a wider audience of teenagers in the 1990s. Sandy struck October 29, wreaking havoc along the shore from Belmar in the north to the mansions of Mantoloking and south to Atlantic City. Missouri gov. signs gun-safety course for first-graders. In this photo, Dan Blackford, right, shows Rory Strain, 12, how to hold a shotgun at a shooting range in Houston.AP JEFFERSON CITY, Mo. – Missouri schools will be encouraged to teach first-graders a gun safety course sponsored by the National Rifle Association as a result of legislation signed Friday by Gov. 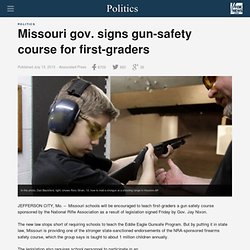 Jay Nixon. The new law stops short of requiring schools to teach the Eddie Eagle Gunsafe Program. But by putting it in state law, Missouri is providing one of the stronger state-sanctioned endorsements of the NRA-sponsored firearms safety course, which the group says is taught to about 1 million children annually. The legislation also requires school personnel to participate in an “active shooter and intruder” drill led by law enforcement officers. Both the staff and student training initially were proposed as mandates when the legislation was filed on Dec. 13, which was the day before a gunman massacred 26 people in a Connecticut elementary school, including 20 first-graders.