Marc Ribot performs in John Zorn’s Jazz Ensemble (VIDEO) Casual employment definition. Old Currango. The Best Jazz of 2014. It was a year in which jazz might have seemed embattled.

Rest stop along the Whanganui River. 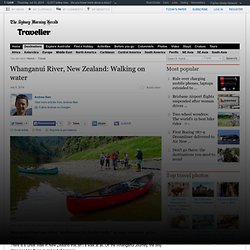 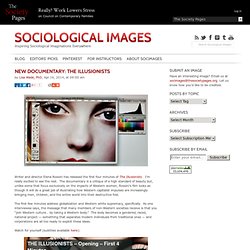 I’m really excited to see the rest. The documentary is a critique of a high standard of beauty but, unlike some that focus exclusively on the impacts of Western women, Rossini’s film looks as though it will do a great job of illustrating how Western capitalist impulses are increasingly bringing men, children, and the entire world into their destructive fold. The first few minutes address globalization and Western white supremacy, specifically. As one interviewee says, the message that many members of non-Western societies receive is that you “join Western culture… by taking a Western body.” Watch for yourself (subtitles available here): 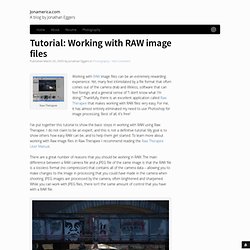 Yet, many feel intimidated by a file format that often comes out of the camera drab and lifeless, software that can feel foreign, and a general sense of “I don’t know what I’m doing.” Thankfully, there is an excellent application called Raw Therapee that makes working with RAW files very easy. For me, it has almost entirely eliminated my need to use Photoshop for image processing. How to process raw images the right way.

Do you shoot in raw format but you’re unsure how to edit your files effectively? 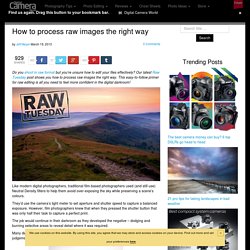 Our latest Raw Tuesday post shows you how to process raw images the right way. This easy-to-follow primer for raw editing is all you need to feel more confident in the digital darkroom! Like modern digital photographers, traditional film-based photographers used (and still use) Neutral Density filters to help them avoid over-exposing the sky while preserving a scene’s colours. They’d use the camera’s light meter to set aperture and shutter speed to capture a balanced exposure. However, film photographers knew that when they pressed the shutter button that was only half their task to capture a perfect print. Andrew Webb - China200809. 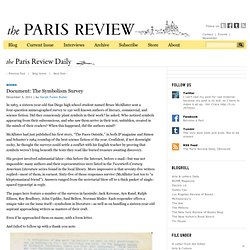 Did they consciously plant symbols in their work? He asked. OCC2007: a challenge to connectivism. This is a longish post - sorry. If you don't have the time or patience for it, then read only the last three (very short) paragraphs. Obviously we won't resolve this particular difference of opinion by arguing who is the better chess player. ZIF 14 (2), 2009. M. Möllering: Citizenship Testing and Linguistic Integration in Australia and Germany. International Studies Macquarie University Sydney, Australia Telephone: +61-2-9850-7012 Fax: +61-2-9850-6057 E-mail: mmolleri@hmn.mq.edu.au Abstract: This contribution is concerned with German as a Second Language in the context of testing for citizenship requirements. 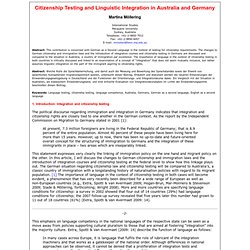 Keywords: Language testing, citizenship testing, language competence, Australia, Germany, German as a second language, English as a second language. Latitudes not Attitudes: How Geography Explains History. Many reasons have been given for the West’s dominance over the last 500 years. 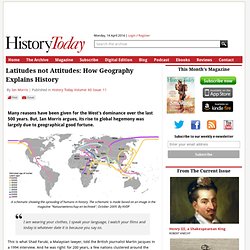 But, Ian Morris argues, its rise to global hegemony was largely due to geographical good fortune. A schematic showing the spreading of humans in history. The schematic is made based on an image in the magazine "Natuurwetenschap en techniek", October 2009. Past Issues - Kairos: A Journal of Rhetoric, Technology, and Pedagogy. Kairos is a refereed open-access online journal exploring the intersections of rhetoric, technology, and pedagogy. 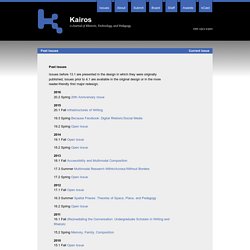 The journal reaches a wide audience -- currently 45,000 readers per month, hailing from Ascension Island to Zimbabwe (and from every top-level domain country code in between); our international readership typically runs about 4,000 readers per month. Kairos publishes bi-annually, in August and January, with occasional special issues in May. Our current acceptance rate for published articles is approximately 10%.

Since its first issue in January of 1996, the mission of Kairos has been to publish scholarship that examines digital and multimodal composing practices, promoting work that enacts its scholarly argument through rhetorical and innovative uses of new media. Kairos is one of the leading peer-reviewed journals in English Studies, made so by its dedication to academic quality through the journal’s extensive peer-review and editorial production processes. Love, Identity, and Genderqueer Family Making. Maggie Nelson | The Argonauts | Graywolf Press | May 2015 | 17 minutes (4,137 words) Published to great acclaim earlier this year, The Argonauts blends memoir and critical theory to explore the meaning and limitations of language, love, and gender. 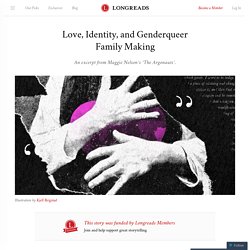 At its center is a romance: the story of the author’s relationship with artist Harry Dodge.