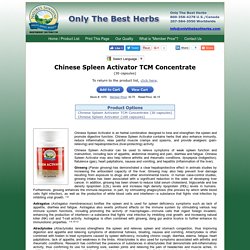 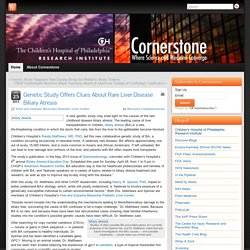 The leading cause of liver transplantation in children, biliary atresia (BA) is a rare, life-threatening condition in which the ducts that carry bile from the liver to the gallbladder become blocked. Children’s Hospital’s Randy Matthews, MD, PhD, led this new collaborative genetic study of BA, a condition occurring exclusively in neonatal livers. A relatively rare disease, BA affects approximately one out of every 15,000 infants, and is more common in Asians and African Americans. If left untreated, BA can lead to liver damage and cirrhosis of the liver, and patients with BA often require liver transplants.

The study’s publication, in the May 2013 issue of Gastroenterology, coincides with Children’s Hospital’s 9th annual Biliary Atresia Education Day. With this study, Dr. Studies of other possible BA-associated genes are currently underway in the Spinner lab, and Dr. Bugle. Ajuga reptans Common names BugleCarpenter's-herbCommon BugleMiddle ComfreySicklewort The plant known as the bugle is a perennial herb - botanical name Ajuga reptans. 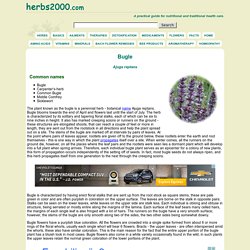 Bugle blooms towards the end of April and flowers last until the start of July. The herb is characterized by its solitary and tapering floral stalks, each of which can be six to nine inches in height. Bugle is characterized by having erect floral stalks that are sent up from the root stock as square stems, these are pale green in color and are often purplish in coloration on the upper surface. Bugle flowers have a purplish blue coloration. National Birth Defects Prevention Month. The NBDPN Education and Outreach Committee has developed materials and resources to assist state program staff and others interested in promoting birth defects prevention during 'January is Birth Defects Prevention Month'. 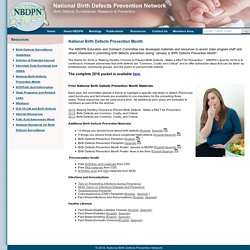 The theme for 2016 is "Making Healthy Choices to Prevent Birth Defects - Make a PACT for Prevention. " NBDPN’s goal for 2016 is to continue to increase awareness that birth defects are “Common, Costly and Critical” and to offer actionable steps that can be taken by professionals, community groups, and the public to prevent birth defects. The complete 2016 packet is available here. Prior National Birth Defects Prevention Month Materials Each year, the committee selects a theme to highlight a specific risk factor or defect. APSA Family Site. Print this page In normal infants bile drains from the liver to the duodenum (the first portion of the small intestine) through a series of ducts. 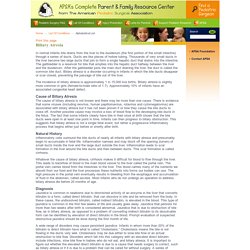 Ducts are like pieces of hollow tubing. Thousands of very small ducts in the liver become two large ducts that join to form a single hepatic duct that drains into the intestine. The gallbladder is a reservoir for bile that empties into the hepatic duct halfway between the liver and the duodenum. After the gallbladder joins the main duct draining the liver, the duct is called the common bile duct. The incidence of biliary atresia is approximately 1 in 15,000 live births. Cause of Biliary Atresia The cause of biliary atresia is not known and there may be more than one cause. Natural History Inflammatory cells surround the bile ducts of nearly all infants with biliary atresia and presumably begin to accumulate in fetal life.

Whatever the cause of biliary atresia, cirrhosis makes it difficult for blood to flow through the liver. Diagnosis. Soft-story-addresses. Peer Reviewed Scientific Video Journal - Methods and Protocols. Authors: Suchitra Chavan, Shavannor M. 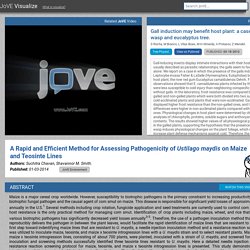 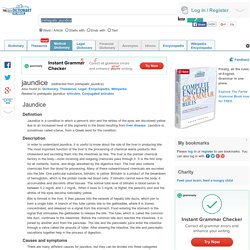