Bluehawk/phabricator-sprint. C - Is this a safe suid/capability wrapper for (Python) scripts? The Village in Kazakhstan That Can’t Stay Awake. The village of Kalachi, Kazakhstan, is located in the center of the country toward the north (here’s a map). 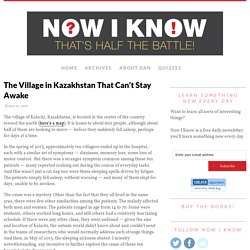 It is home to about 600 people, although about half of them are looking to move — before they suddenly fall asleep, perhaps for days at a time. In the spring of 2013, approximately ten villagers ended up in the hospital, each with a similar set of symptoms — dizziness, memory loss, some loss of motor control. ⚡ Paid Prioritization. If you'd like to get a specific feature built right away, we (Phacility) offer paid prioritization. 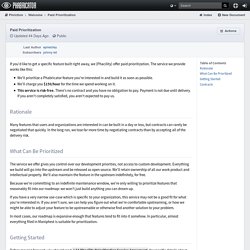 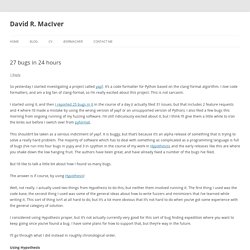 It’s a code formatter for Python based on the clang-format algorithm. NagareFeatures – Nagare. Nagare is a components based framework: a Nagare application is a composition of interacting components each one with its own state and workflow kept on the server. 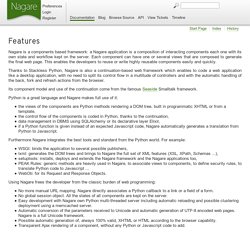 Each component can have one or several views that are composed to generate the final web page. This enables the developers to reuse or write highly reusable components easily and quickly. Ntoll.org ~ everything I say is false... Monday 28th April, 2014 (12:30PM) Python version 3.4 was recently released. 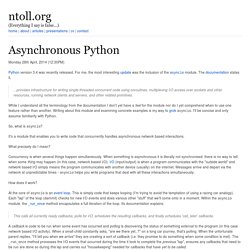 For me, the most interesting update was the inclusion of the asyncio module. The documentation states it, ...provides infrastructure for writing single-threaded concurrent code using coroutines, multiplexing I/O access over sockets and other resources, running network clients and servers, and other related primitives. Lvmts/README at master · tomato42/lvmts. Btier-2.0.0 and btier-1.3.10. Two new btier releases have become available. btier-1.3.10 is hopefully a final bug fix release. 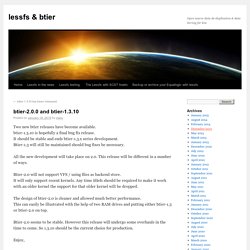 Btier. Installing OpenSource AVS on Solaris 10 u3. Mbeddr - engineering the future of embedded software. How Ron Fliegelman Became The Weather Underground's Bomb Guru. Ever since 9/11, the threat of terrorist bombs on U.S. soil has become a major concern, drawing the attention of hordes of federal investigators and journalists. 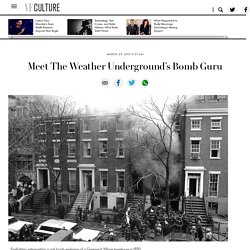 What few Americans remember clearly today is that barely 40 years ago, during the tumultuous 70s, such bombings were more or less routine, carried out by a half-dozen significant groups of underground radicals, from the Symbionese Liberation Army (best known for kidnapping the heiress Patricia Hearst in 1974) to lesser-known outfits like the F.A.L.N., a Puerto Rican independence group that bombed a Wall Street–area restaurant, Fraunces Tavern, killing four people in January 1975.

Amazingly, during an 18-month period in 1971 and 1972, the F.B.I. counted more than 1,800 domestic bombings, almost five a day. By far the best known of the radical underground groups was Weatherman, later known as the Weather Underground, which detonated dozens of bombs across the country from 1970 until it dissolved in late 1976.

Working with PyCharm Features from Command Line. Besides working from within PyCharm, it is possible to perform certain actions "offline", without actually launching the IDE. 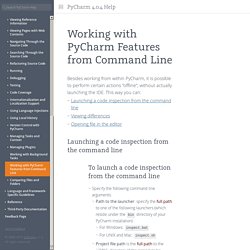 CitusDB: Scalable PostgreSQL - pg_shard. Pg_shard is a free, open source extension which is compatible with both PostgreSQL and CitusDB. 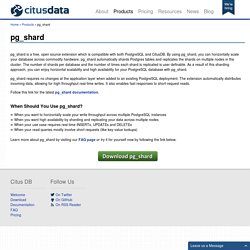 By using pg_shard, you can horizontally scale your database across commodity hardware. pg_shard automatically shards Postgres tables and replicates the shards on multiple nodes in the cluster. List of available 2 letter .ms domains - catechgory.com. RackoonIO/README.md at master · carrotsrc/rackoonIO. The Art and Science of Presenting - Episode 5 – Creating Slides Mindfully. This is the fifth article in the series The Art and Science of Presenting. 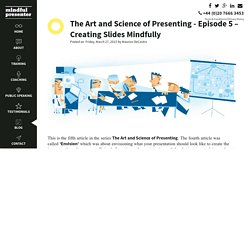 The fourth article was called ‘Envision’ which was about envisioning what your presentation should look like to create the impact and result you want. Episode 5 continues the envisioning path by sharing some advice on how to create slides mindfully which are creative, compelling and crafted for impact. Three years ago it was estimated that there were more than 500 million users of PowerPoint globally, PowerPoint had an estimated 95% share of the presentation software market and around 30 million presentations were given every day using that software alone. Q+A: How the THX Deep Note Creator Remade His Iconic Sound. DUMB.domains. MadEye. Four letter domain names. Geotargetable domains - Webmaster Tools Help. Generic top-level domains (gTLDs) don't target specific countries.

Ben stopford » Blog Archive Log Structured Merge Trees - ben stopford. It’s nearly a decade since Google released its ‘Big Table’ paper. One of the many cool aspects of that paper was the file organisation it uses. The approach is more generally known as the Log Structured Merge Tree, after this 1996 paper (although not specifically referenced as such by Google). LSM is now used in a number of products as the main file organisation strategy. HBase, Cassandra, LevelDB, SQLite, even MongoDB 3.0 comes with an optional LSM engine, after it’s acquisition of Wired Tiger. What makes LSM trees interesting is their departure from the traditional file organisations used in most databases. Watson Personality Insights General Availability Announcement - Watson Dev.

L4HQ - The L4 Headquarters. Cog Systems - About Us. Cog Systems are the systems and embedded software specialists. We are an Australian spin-out company from General Dynamics C4 Systems (formerly Open Kernel Labs) with the aim of expanding the used of OKL4 technology in smart devices and embedded systems applications. Cog Systems specialises in developing innovative and game-changing solutions, delivering safety and high assurance to smart devices. We help our customers combine and leverage OKL4 and other technologies, such as ARM TrustZone, smart card and the GD Connect Services advanced IPC and device sharing framework. Random rants and pontifications by Gernot Heiser.