Log In. It was a year to be confounded, shocked, humbled. 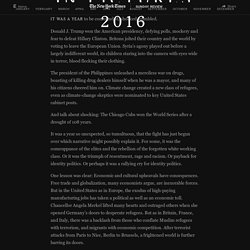 "From an evolutionary perspective, people tend to avoid punishments or dangerous situations. 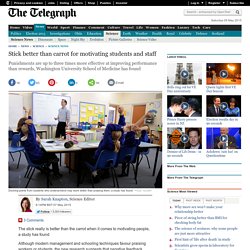 Rewards, on the other hand, have less of a life-threatening impact. " • School reward culture is harming education • Stop using classroom gimmicks and educate children properly, Michael Gove tells teachers • How to keep kids motivated at school. Education Needs More Wildflowers - Venspired. The longer I blog, the more I realize something. 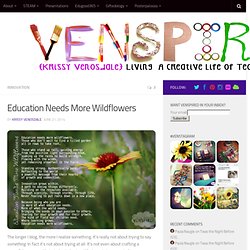 MOOCs and Online Instruction: Cartoons. The 8 Best Fitness Gadgets to Help You Get in Shape. There’s not many people in the world who wouldn’t like to lose a few kilos. 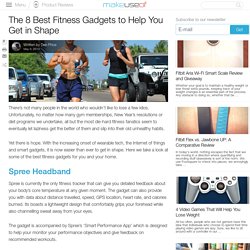 Unfortunately, no matter how many gym memberships, New Year’s resolutions or diet programs we undertake, all but the most die-hard fitness fanatics seem to eventually let laziness get the better of them and slip into their old unhealthy habits. Yet there is hope. With the increasing onset of wearable tech, the Internet of things and smart gadgets, it is now easier than ever to get in shape.

Here we take a look at some of the best fitness gadgets for you and your home. Spree Headband. Sarah Jones: What does the future hold? 11 characters offer quirky answers. Randall Munroe: Comics that ask "what if?" Don't Call Them Dropouts. The Center for Promise research team traveled across the country to investigate these initial research questions: What do young people say about why they leave high school before graduating? 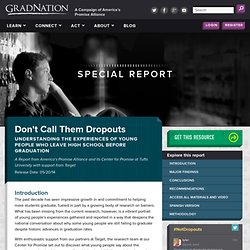 What circumstances surrounded the decision to leave? Is Teaching Critical Thinking The Most Important (And Most Under-Taught) Skill At School? #SlowChatEd. I sometimes think that my school indulges my madness too easily. 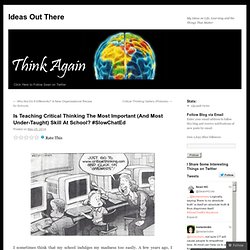 A few years ago, I suggested that we offer Chess as an Option subject for our Grade 8s and 9s. I firmly believe that the lessons chess has to teach about structured, consequential thinking, pattern recognition and even creativity make it a crucial subject at any school. This year, I wangled a couple of periods for a Thinking Skills class for the Grade 8s. The intention was to teach critical thinking, creativity, problem-solving and metacognition.

You Are Not a Digital Native: Privacy in the Age of the Internet. They say that the Holy Roman Emperor Frederick II ordered a group of children to be raised without any human interaction so that he could observe their “natural” behavior, untainted by human culture, and find out the true, deep nature of the human animal. 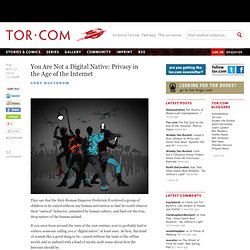 If you were born around the turn of the 21st century, you’ve probably had to endure someone calling you a “digital native” at least once. PostSecret. Kultúra: Tanárok tanára. Az iskolában ő volt a legjobb. 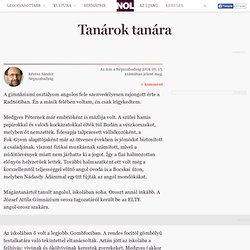 7 Reasons Why You Will Never Do Anything Amazing With Your Life — Life Learning. 1 :: Because You Have Not Failed Enough Because you are comfortable in your mediocrity; because you choose not to try. 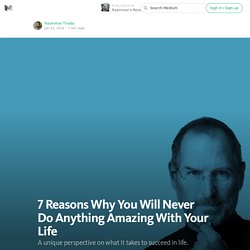 Because it is easier to talk about learning that new (programming?) Language as opposed to actually learning it. Because you think everything is too hard or too complicated so you will just “sit this one out”, or maybe you’ll, “do-it-tomorrow”! Because you hate your job but won’t get a new one; because it is easy to reject rejection. PHILOSOPHY OF EDUCATION » Video- Sir Ken Robinson: Do schools kill creativity? Oct 02 2011 Hi everyone, Above is a link to a video from Sir Ken Robinson’s talk about creativity and education. 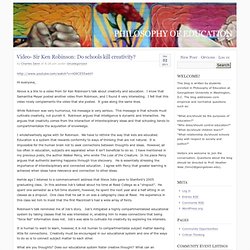 The Land. The saddest goodbye: Endless words are written on dementia. But can ANY match the poignancy of cartoonist Tony Husband's account of watching it steal away his father? Published: 23:55 GMT, 8 May 2014 | Updated: 07:59 GMT, 9 May 2014 When Ron Husband started to forget things - dates, names, where he'd put things - it took a while for his family to realise that this was a different kind of forgetting. In fact, it was just the first sign of the dementia that gradually took him away from them. The Last Man at Nuremberg - Emma Green. The life of 95-year-old Benjamin Ferencz, the only living prosecutor from the war-crime trials that followed the Holocaust A visitor looks at an exhibit at Yad Vashem, Israel's Holocaust memorial and museum.

(Reuters) Benjamin Ferencz was 27 when the Einsatzgruppen trial began in 1947. There were 22 defendants, all men, all members of the German SS. “One of the counsel has characterized this trial as the biggest murder trial in history,” the military tribunal wrote. Otto Ohlendorf, Paul Blobel, and almost two dozen others led these divisions of Hitler’s army; after the war, they were indicted for crimes against humanity. World of Stereotypes.

23 Photos That Completely Shook The World. 1. A vulture waits for the malnourished child to die (1992) www.thecollectiveint.com This photograph created quite a stir on the humaneness of photographing community. The photographer commited suicide despite being awarded for this photo. The True Endings of Disney's Tales. 30 Places You'd Rather Be Sitting Right Now.

The Philosophers' Mail. Want a job at Google? Internet giant reveals the 'five attributes' necessary for all employees. James Vincent – Updated 26 February 2014 09:18 PM It's certainly an alluring myth. All you need to do is say the right thing at the right time and voila, you will be instantly elevated from the lumpen non-Google-employed waster that currently greets you in the mirror each morning to a slickly dressed tech-enfused wunderkind hotly tipped for the governership of Venezuela once Project 'Goo' World Order really takes off. Well, that would be the case if the internet giant didn’t keep on moving the damn goalposts.

In a recent interview with the New York Times, Google's head of people Laszlo Bock revealed the five key “hiring attributes” that are necessary for employment with the big G. A Message From Flea. The Lady in Number 6: Music Saved My Life. She Was 40 When The Nazis Took Her. Now, She's Outlived Them And Has Something Incredible To Say. 28 Fruits And Vegetables That You Had No Idea Grew Like That.