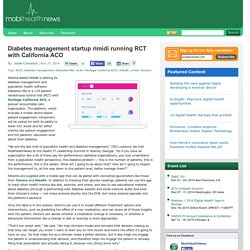 The platform, which includes a mobile device-based patient engagement component, will be vetted for both its ability to lower A1C levels and for softer metrics like patient engagement and the patients’ education level about their diabetes. “We are the last mile of population health and diabetes management,” CEO Lucienne Ide told MobiHealthNews at the Health IT Leadership Summit in Atlanta, Georgia. 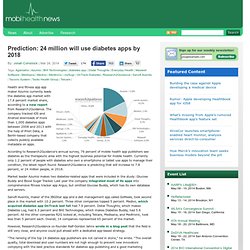 The company tracked iOS and Android downloads of more than 1,000 diabetes apps between 2008 and 2013 with the help of Priori Data, a Berlin-based company that collects publicly available metadata on apps. According to Research2Guidance’s annual survey, 76 percent of mobile health app publishers see diabetes as the therapeutic area with the highest business potential for mobile health. Report: 24M people will use diabetes apps in 2018. Only about 1.2 percent of people with diabetes who own a smartphone use a mobile application to manage their condition, according to a new report by Research2Guidance. 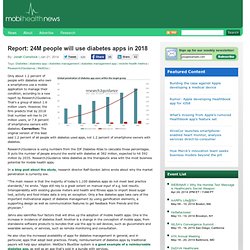 That’s a group of about 1.6 million users. However, the firm predicts that by 2018 that number will rise to 24 million users, or 7.8 percent of smartphone owners with diabetes. Market to hit $500M in 2020. The Symphony continuous glucose monitoring system from Echo Therapeutics. 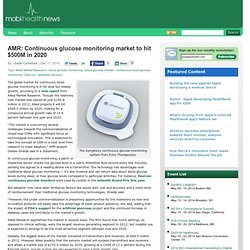 The global market for continuous blood glucose monitoring is in for slow but steady growth, according to a new report from Allied Market Research. Though the relatively new market was valued at just $194.8 million in 2012, Allied projects it will hit $568.5 million by 2020, making for a compound annual growth rate of 14.8 percent between this year and 2020. “The market is overcoming several challenges towards the commercialization of closed loop CGMs with significant focus on technological innovation. 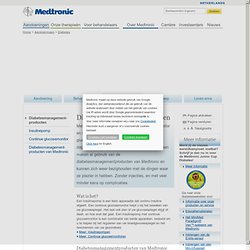 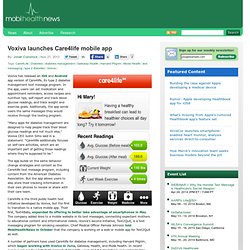 In the app, users can set medication and appointment reminders, access recipes and nutrition tips, self-report and track blood glucose readings, and track weight and exercise goals. Additionally, the app sends users the same messages they would receive through the texting program. Mendor simplifies life for diabetics with a blood-sugar metering kit. Disclosure: The Slush event organizers paid my way to Finland. 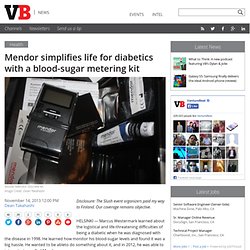 Our coverage remains objective. HELSINKI — Marcus Westermark learned about the logistical and life-threatening difficulties of being a diabetic when he was diagnosed with the disease in 1998. He learned how monitor his blood-sugar levels and found it was a big hassle. He wanted to be ableto do something about it, and in 2012, he was able to join a startup called Mendor. A group of diabetes and tech experts formed Mendor in 2006, and they’re about to ship Discreet, an all-in-one blood glucose meter that contains everything you need to monitor your blood glucose levels while on the run. 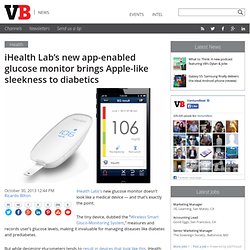 The tiny device, dubbed the “Wireless Smart Gluco-Monitoring System,” measures and records user’s glucose levels, making it invaluable for managing diseases like diabetes and prediabetes. But while designing glucometers tends to result in devices that look like this, iHealth Labs’ device almost looks like it could have been designed by Apple. Why? As iHealth Labs president Adam Lin told me, making medical devices look like consumer electronics is core to his company’s mission to make an end-to-end health tracking system that’s not only approachable, but also encourages users to take and keep track of readings. The need for devices like this one is hard to overstate. 25 million people (eight percent of the population) in the United States have diabetes, and heart disease remains the largest cause of death in the country.

The Diabetic's Paradox - Thomas Goetz. Health self-tracking is in vogue. 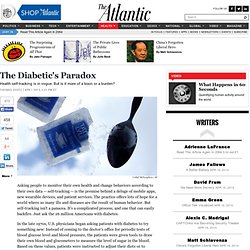 But is it more of a boon or a burden? Cathal McNaughton / AP Asking people to monitor their own health and change behaviors according to their own data -- self-tracking -- is the premise behind a deluge of mobile apps, new wearable devices, and patient services. The practice offers lots of hope for a world where so many ills and diseases are the result of human behavior. But self-tracking isn't a panacea. In the late 1970s, U.S. physicians began asking patients with diabetes to try something new: Instead of coming to the doctor's office for periodic tests of blood glucose level and blood pressure, the patients were given tools to draw their own blood and glucometers to measure the level of sugar in the blood.