What's the news in January?

Isis uses bitcoin for fundraising and supporting US-based terror cells 'on both coasts' Diplo is Doing Social Media Better Than You and Here's Why. The music of the world's top DJs sometimes earns scorn from many people over 30 years old. 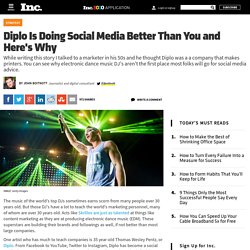 But those DJ's have a lot to teach the world's marketing personnel, many of whom are over 30 years old. Acts like Skrillex are just as talented at things like content marketing as they are at producing electronic dance music (EDM). What's the news in February? Shifting to more people-focused management styles. Business is broken, with engagement and trust at an all-time low. 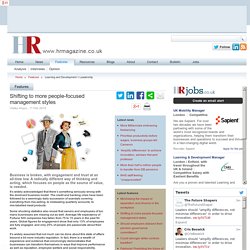 A radically different way of thinking and acting, which focuses on people as the source of value, is needed. It’s widely acknowledged that there’s something seriously wrong with the dominant business model. The credit and banking crisis have been followed by a seemingly daily succession of scandals covering everything from mis-selling, to misleading quarterly accounts, to mis-labelled meat products.

Some shocking statistics also reveal that owners and employees of too many businesses are missing out as well. Average life expectancy of Fortune 500 companies has fallen from 75 to 15 years in the past 50 years. Steven L, Roxanne M, Nicole J, Troy P, Corin S.

Tracking employees with iPad gifts impractical, unnecessary. The sales representatives at a foreign company are no longer happy with the iPads their employer gave them as a gift last year. 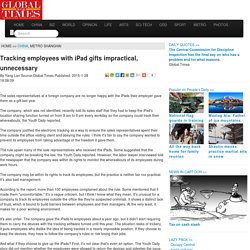 The company, which was not identified, recently told its sales staff that they had to keep the iPad's location sharing function turned on from 9 am to 6 pm every workday so the company could track their whereabouts, the Youth Daily reported. The company justified the electronic tracking as a way to ensure the sales representatives spent their time outside the office visiting client and obeying the rules. Want better results? You need a flexible management model. Jack Welch, chairman and CEO of General Electric from 1981 to 2001, was a highly emotional leader who deliberately used his emotional force as a powerful management tool. 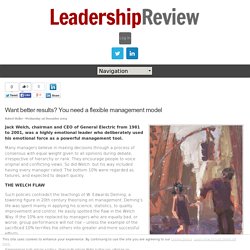 Energy Management Becoming a Core Business Competency: Survey. Many companies in the United States increasingly see energy management as a way to manage risk and enable growth, even as significant and shifting challenges to achieving energy management goals remain, according to Deloitte’s reSources 2014 Study from the Deloitte Center for Energy Solutions. 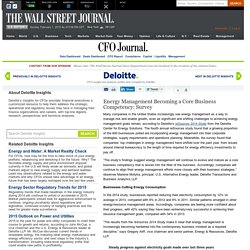 The fourth annual reSources study found that a growing proportion of the 600 businesses polled are incorporating energy management into their corporate strategies, supply requirements and operations planning. Meanwhile, the survey found that companies’ top challenges in energy management have shifted over the past year, from issues around internal bureaucracy to the length of time required for energy efficiency investments to pay off. Business Standard-At work and happy. It is not often that we hear people say they love their job or that they are happy when they are at work. 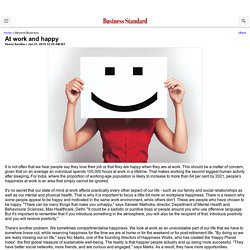 This should be a matter of concern, given that on an average an individual spends 100,000 hours at work in a lifetime. That makes working the second biggest human activity after sleeping. For India, where the proportion of working-age population is likely to increase to more than 64 per cent by 2021, people's happiness at work is an area that simply cannot be ignored. The secret of the world's greatest salesman: love your customers. Managers often need reminding that the bottom line may be the end-all of business activity, but that the top line literally comes first. 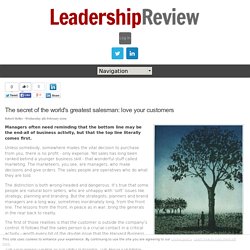 Unless somebody, somewhere makes the vital decision to purchase from you, there is no profit - only expense. Yet sales has long been ranked behind a younger business skill - that wonderful stuff called marketing. The marketeers, you see, are managers, who make decisions and give orders. Library That Learns You. Taylorism Comes to Campus. Just because technology allows us to do something, should we? 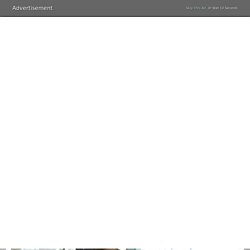 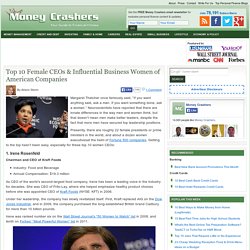 Should you need such advice, consult a licensed financial or tax advisor. References to products, offers, and rates from third party sites often change. Zumiez Management theory Jon R. Jonathan C. Antonio A. 10 Things the Greatest Leaders All Have In Common. Most Inspiring CEOs - Esquire Top CEOs List 2012. Looking at Productivity as a State of Mind. Photo Economic View. 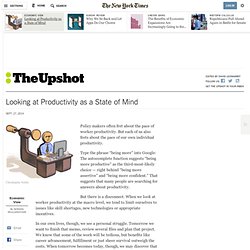 2 planes evacuated in Seattle, 3rd flight diverted to Dallas. 15 Tips for Instilling Leadership Skills in Children. Many leaders also serve as parents, happily balancing a daily workload with ball games and family dinners. Along the way, most of these leader-parents also realize the influence they have over young minds. Today’s children are tomorrow’s leaders, especially if those children have parents who are leaders. While leadership skills can come naturally, children learn lessons along the way that significantly impacts them later in life. Obama Clears a Hurdle to Better Ties With India. Look out: Big week ahead for stock market - Jan. 25, 2015. NEW YORK (CNNMoney) The market has swung wildly up and down since the start of the year. At this point, the Nasdaq is slightly positive, while the Dow and S&P 500 are down. But investors may finally pick a direction. Meant to Keep Malaria Out, Mosquito Nets Are Used to Haul Fish In. Continue reading the main story Video BANGWEULU WETLANDS, Zambia — Out here on the endless swamps, a harsh truth has been passed down from generation to generation: There is no fear but the fear of hunger.

Uk.businessinsider. Supreme Court will review use of lethal injections. Meet the Apple Executive Who Makes More Money Than CEO Tim Cook. This CEO Fought For Better Wages At His Company. Guess What Happened. Mark Bertolini, CEO of Aetna, explained how he increased wages for his workers, arguing that taking better care of his employees would in turn lead to better care for Aetna's customers. A Misunderstanding of Talent: Unlocking Great Leadership Potential in the New Global Context  Which Entrepreneurial Leadership Strategy Is Right For You? What Makes Brad Stevens Such an Effective Leader for the Boston Celtics? Microsoft rolls out Windows 10 January preview for desktops. King of Saudi Arabia Has Died At 90. Brendan Rodgers praises Jordan Henderson’s leadership for Liverpool.

Japan: No word from ISIS on hostages as deadline draws nearer. Forget the Wisdom of Crowds; Neurobiologists Reveal the Wisdom of the Confident. Bill Belichick has always seen Tom Brady as a leader. Selma's refreshing portrayal of leadership. Budget For Culture: How Investing In Your Team Drives Results. Five Questions Every Leader Should Ask About Organizational Design. Management bias can hold back talent if data insights are not used effectively, warns Head Light. In State of the Union, Obama Sets an Ambitious Agenda.