Scaling Mt. Everest: A scroll up the icy path - Washington Post. Women Inmates Separate But Not Equal (Paid Post by Netflix From NYTimes.com) The Federal Bureau of Justice Statistics estimates that in 2007, the most recent year for which data are available, 1.7 million children had a parent in state or federal prison. 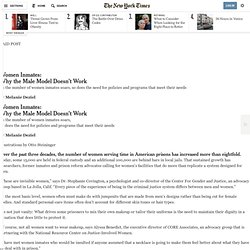 But since women inmates are more likely than males to have been their children’s primary caregivers, those children are often displaced — either sent to live with family members outside the home or placed in state care. In addition, the comparatively limited number of women’s facilities — there are 28 federal women’s prisons, versus at least 83 for men — means that women often end up farther from their homes and families, compounding the strain of maintaining healthy relationships while they’re serving time.

In an August 2013 op-ed in The New York Times, Piper Kerman, author of the prison memoir Orange Is The New Black, which inspired the Netflix series of the same name, calls the distance between women prisoners and their families “a second sentence.” Slate Story Index: Interesting stories. Tribeca Hacks Racontr keynote. Storycode Paris #6 - Les long-forms. Le Quatre Heures. NSA files decoded: Edward Snowden's surveillance revelations explained. Two factors opened the way for the rapid expansion of surveillance over the past decade: the fear of terrorism created by the 9/11 attacks and the digital revolution that led to an explosion in cell phone and internet use. 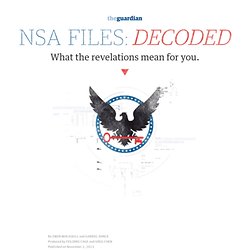 But along with these technologies came an extension in the NSA’s reach few in the early 1990s could have imagined. Details that in the past might have remained private were suddenly there for the taking. Loaded: 0% Progress: 0% Chris Soghoian Principal technologist, ACLU NSA is helped by the fact that much of the world’s communications traffic passes through the US or its close ally the UK – what the agencies refer to as “home-field advantage”. The Snowden documents show that the NSA runs these surveillance programs through “partnerships” with major US telecom and internet companies. 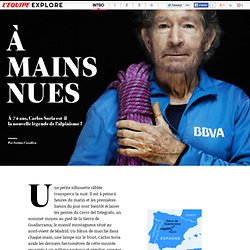 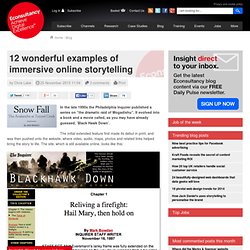 It evolved into a book and a movie called, as you may have already guessed, ‘Black Hawk Down’. The initial extended feature first made its debut in print, and was then pushed onto the website, where video, audio, maps, photos and related links helped bring the story to life. The site, which is still available online, looks like this: This was one of the first mainstream media attempts to use the web to enhance long form content, and while the page might not look terribly pretty, all of the right kind of functionality is there. Since then things have moved on considerably, and in an age of HTML5 I have seen some stunning examples of what can be achieved with online storytelling. Out in the Great Alone.

I landed in Anchorage in the middle of the night. 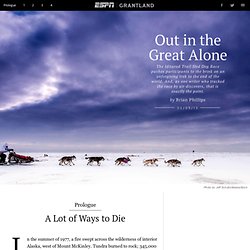 The next morning, I drove an hour north to Wolf Lake Airport, a private airfield near Wasilla. You know those old photo-backdrop screens that little kids in department stores used to have their portraits taken in front of? It was like driving into one of those. National-monument mountains framing a sky that was chemical blue. Highway as straight as a rifle sight. The majority of this extreme vastness can’t be reached by road. Jay Baldwin met me at the hangar. His best friend was a musher, Linwood Fiedler, who’d been the Iditarod’s runner-up in 2001.

Enlarge Clippings of crash reports hang on the wall of the ACTS hangar. “You’re not a pilot in Alaska,” Jay said, fixing me with a blue-eyed and somehow vaguely piratical stare, “until you’ve crashed an airplane. Snow Fall: The Avalanche at Tunnel Creek - Multimedia Feature.