Step-by-Step Fundraising Tactics from the NYC Legend Who Raised $750M. In First Round’s recent State of Startups Survey of 869 venture-backed founders, we noted that over half said it took them 3 or more months to raise their last round, over a third said they raised less than they set out to, and nearly a quarter pitched 20+ firms. 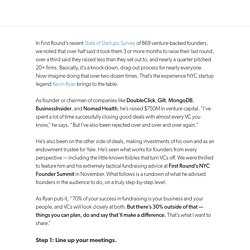 Basically, it’s a knock-down, drag-out process for nearly everyone. Now imagine doing that over two dozen times. That’s the experience NYC startup legend Kevin Ryan brings to the table. What do I look for in a pitch? – Greylock Perspectives. DocSend. Operating Partner, DFJ. How Funding Works - Splitting The Equity With Investors - Infographic. A hypothetical startup will get about $15,000 from family and friends, about $200,000 from an angel investor three months later, and about $2 Million from a VC another six months later. 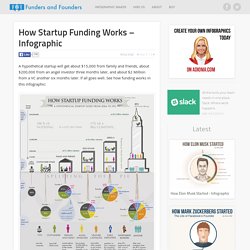 If all goes well. See how funding works in this infographic: First, let’s figure out why we are talking about funding as something you need to do. This is not a given. The opposite of funding is “bootstrapping,” the process of funding a startup through your own savings. If you know the basics of how funding works, skim to the end. Every time you get funding, you give up a piece of your company. Splitting the Pie The basic idea behind equity is the splitting of a pie. European startups: Here’s how to (not) raise capital in the US. Want to Know How VC’s Calculate Valuation Differently from Founders? Back in 1999 when I first raised venture capital I had zero knowledge of what a fair term sheet looked like or how to value my company. 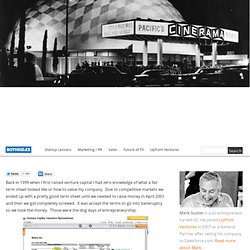 Due to competitive markets we ended up with a pretty good term sheet until we needed to raise money in April 2001 and then we got completely screwed. It was accept the terms or go into bankruptcy so we took the money. Those were the dog days of entrepreneurship. Does Your Startup Have a Good Story? Never underestimate the importance of having a good story when pitching your startup to potential investors, clients, partners, and journalists. 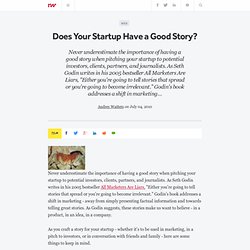 As Seth Godin writes in his 2005 bestseller All Marketers Are Liars, "Either you're going to tell stories that spread or you're going to become irrelevant. " Godin's book addresses a shift in marketing - away from simply presenting factual information and towards telling great stories. As Godin suggests, these stories make us want to believe - in a product, in an idea, in a company. How to Pitch a VC (aka "Startup Viagra") Inside versus outside financings: the nightclub effect cdixon.or. At some point in the life of a venture-backed startup there typically arises a choice between doing an inside round, where the existing investors lead the new financing, or an outside round, where new investors lead the new financing. 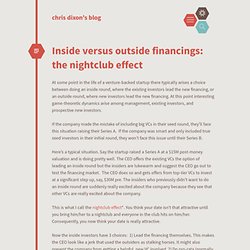 At this point interesting game-theoretic dynamics arise among management, existing investors, and prospective new investors. If the company made the mistake of including big VCs in their seed round, they’ll face this situation raising their Series A. If the company was smart and only included true seed investors in their initial round, they won’t face this issue until their Series B. Here’s a typical situation. How to nail the five-minute pitch. Editor’s note: Chuck Dietrich is chief executive of online presentation startup SlideRocket. 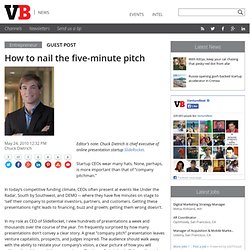 Startup CEOs wear many hats. None, perhaps, is more important than that of “company pitchman.” In today’s competitive funding climate, CEOs often present at events like Under the Radar, South by Southwest, and DEMO –- where they have five minutes on stage to ‘sell’ their company to potential investors, partners, and customers. Getting these presentations right leads to financing, buzz and growth; getting them wrong doesn’t. In my role as CEO of SlideRocket, I view hundreds of presentations a week and thousands over the course of the year. 5 legal mistakes startups make while raising capital. (Editor’s note: Scott Edward Walker is the founder and CEO of Walker Corporate Law Group, PLLC, a law firm specializing in the representation of entrepreneurs. 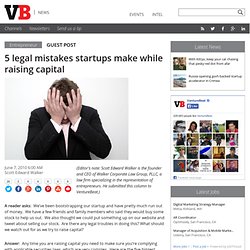 He submitted this column to VentureBeat.) A reader asks: We’ve been bootstrapping our startup and have pretty much run out of money. We have a few friends and family members who said they would buy some stock to help us out. We also thought we could put something up on our website and tweet about selling our stock. How We Raised $1.3 Million As First-Time Founders. When Jim and I quit our finance jobs to start the next big thing, we were really unprepared for our startup journey. 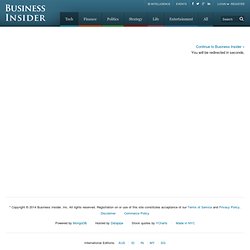 Raising Money On AngelList: 21 Tips From Two Active Angels. The following is the result of a collaboration between Ty Danco and Dharmesh Shah. 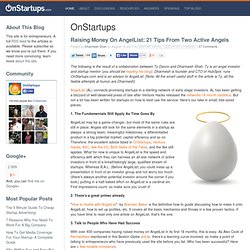 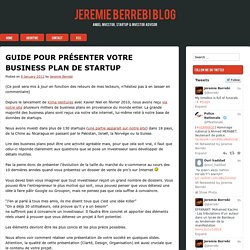 Behind the Scenes: How Fab Raised $40 million with a lot of data and not much pain. Let’s face it, fundraising can be a real pain in the ass for the entrepreneur. It takes up a ton of time that can be otherwise spent managing the business. Sure, it’s a necessary evil, but it’s also typically a big distraction. It’s also a lot like dating. You have to go on a lot of first dates before you can move on the to the second, third, fourth, and then hopefully marriage. The worst thing you can do is slut around. Burn Rates: How Much? In the comments to last week's Burn Rate post, I was asked to share some burn rates from our portfolio. I can't do that. But an alternative suggestion was to write a post suggesting some reasonable burn rates at different stages. I can do that and so that's the topic of today's post. The following applies to software based businesses, and most particularly web and mobile software businesses.

It does not apply to hardware, life sciences, and energy startups.