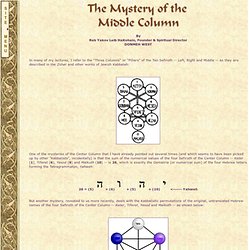 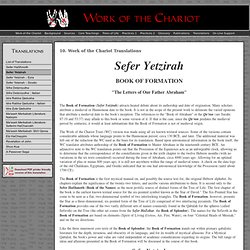 Fourfold Name, Watchtowers, the Cross. The Names of God. From The Alpha and the Omega - Introduction by Jim A. 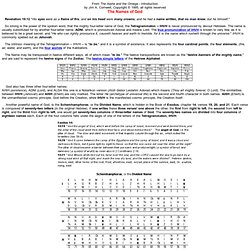 Cornwell, Copyright © 1995, all rights reserved The Names of God Revelation 19:12 "His eyes were as a flame of fire, and on his head were many crowns; and he had a name written, that no man knew, but he himself. " So strong is the power of the spoken word, that the mighty four-letter name of God, the Tetragrammaton -- IHVH is never pronounced by devout Hebrews.

The name is usually substituted for by another four-letter name, ADNI, which is pronounced Adonai and means Lord. The intrinsic meaning of the Tetragrammaton -- IHVH -- is "to be," and it is a symbol of existence. The Name may be transposed in twelve different ways, all of which mean "to be. " God also has three other four-letter names: AHIH (existence), ADNI (Lord), and ALGA this one is a Notarikon version (Atoh Gebor Leolahm Adonai) which means (Thou art mighty forever, O Lord). The Tetragrammaton appears to have its origin in the phrase found in Exodus 3:14 "I am that I am. " Ingenious Hebrew Letter Forms. Making The Alphabet Danceor Ingenious Hebrew Letter Forms Document URL: size: about 19 A4 pages when printed Updated: 18 March 2005 Compiled by Roger Harris © 1999-2005 E-mail: heblet@nationalfinder.com The Hebrew alphabet is written and printed in many forms.

Hebrew letters intended for a Sefer Torah scroll, or for mezuzah or tefilin scrolls, are subject to the most stringent conditions regarding their shape and the manner in which they are written. In contrast, this page contains a listing of light-hearted examples of Hebrew letters which have been formed into motifs and patterns. Some of the examples bear wine stains and I have not tried to remove them from the digital images; like the wine stains in a treasured haggadah, they are a reminder of happy times.

My thanks go to ... Joan Martyr who delights in the artistic way that Hebrew letters are incorporated into motifs. Letter Names. Apocalypse 2012 Antichrist End Times, 2012 Prophecy, watcher nep. The book of Jubilees remarks that Jared or Yeh-red, an Old Testament patriarch, was so called because in his days the angels descended upon the earth - Yaw-rad "descend". 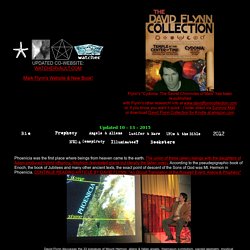 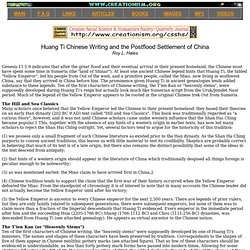 Hales Genesis 11:1-9 indicates that after the great flood and their eventual arrival in their present homeland, the Chinese must have spent some time in Sumeria (the "land of Shinar"). At least one ancient Chinese legend hints that Huang Ti, the fabled "Yellow Emperor", led his people from Out of the west, and a primitive people, called the Miao, now living in southwest China, say that they arrived in China before him. The prominence given Huang Ti in ancient genealogies lends added substance to these legends. Ten of the first characters of Chinese writing, the T'ien Kan or "heavenly stems", were supposedly developed during Huang Ti's reign but actually look much like Sumerian script from the Uruk/Jemdet Nasr period.

. (1) we possess only a small fragment of such Chinese literature as existed prior to the Han dynasty. . (3) as was mentioned earlier, the Miao claim to have arrived first in China;2. WMPlugins.com. Big Cartel - Simple shopping cart for artists, designers, bands, Nutrition facts, calories in food, labels, nutritional informati.