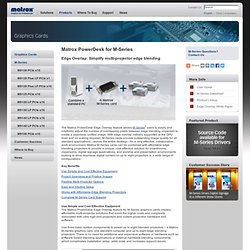 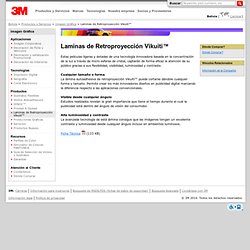 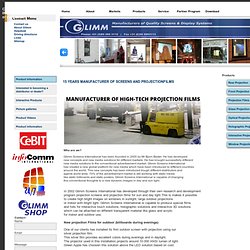 Glimm Screens International has been founded in 2000 by Mr Bjorn Bijster. He has developed new concepts and new media solutions for different markets. He has brought successfully different new media solutions to the conventional advertisement market. Glimm Screens International has created a new global platform for new media which have been introduced to different countries around the world. Screen Technologies. Art & Performance Showcase. We are Mr.Beam. As a team of video mapping directors and motion designers, we strongly believe that the time has come to break the rectangular boundaries of how we as humans are used to experience visuals. 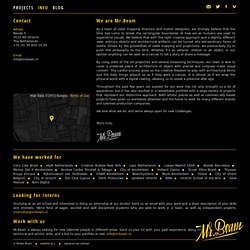 We believe that with the right creative approach and a slightly different view, ordinary objects and architectural artifacts can be turned into extraordinary forms of media. Entertainment Technology. Mapamok (English) · YCAMInterlab/ProCamToolkit Wiki. This picture shows a screenshot of mapamok running using a model of the YCAM Library. 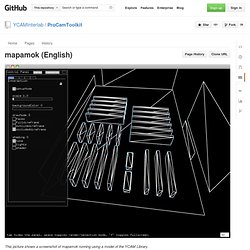 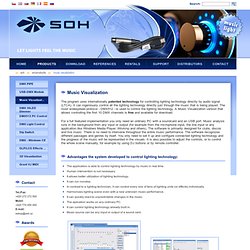 It can ingeniously control all the lighting technology directly just through the music that is being played. The most widespread protocol - DMX512 - is used to control the lighting technology. A Music Visualization version that allows controlling the first 10 DMX channels is free and available for download. For a full featured implementation you only need an ordinary PC with a soundcard and an USB port. Music analysis runs in the background from any input or output (for example from the microphone input, the line input or any application like Windows Media Player, WinAmp and others). Advantages the system developed to control lighting technology: The application is able to control lighting technology by music in real time. Preview of the Music Visualization 1.4 software. Surreal.FX Plus - Download Surreal.FX Plus Shareware by RealNetworks - Multimedia Software. Caliber FX Pro 3.0 Caliber FX Pro Finance Caliber FX Pro: Unfortunately the vast majority of trading software is incapable of actually bring in profitable results reliably and consistently. 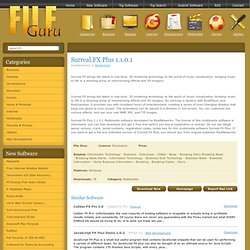 Of course there are never any guarantees with the Forex market but what EVERY SINGLE EA should be trying to do, is to seek out trade set ups... JavaScript FH Plus Demo 1.0.2 Emtec.no Web Development JavaScript FH Plus is a small but useful program that contains JavaScript snippets that can be used for performing a variety of different tasks. So JavaScript FH plus can also be thought of as an ultimate source for Java Scripts. Software & Hardware. Animata. Arduino - HomePage. List of free software for videomapping « videomapping workshop.

In the middle, Blendy adds a blend pattern next to your input and delivers another Syphon texture. This pattern will be used to hide the edges of each projector, by mapping it exactly where the light is doubled. On the other side is the output , an application that will map your input and the blend pattern to the projectors. Syphon is a framework based on a revolutionary technology called IOSurface , available only on Mac OS X 10.6 (and above), which allows graphic applications to share textures in the graphics card, with near to zero overhead . ImmersaView. Simple and fast with ease It is the ultimate geometry correction and edge blending software that enables flawless visualization on flat, curved or dome multiprojector displays. 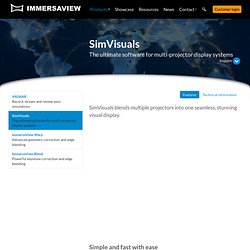 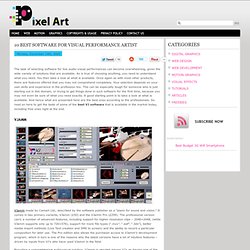 As is true of choosing anything, you need to understand what you need. How To Project On 3D Geometry. Russian | French | Italian Note that due to the manual nature of the described approach your results will not be perfect, but can be quite good depending on your patience. 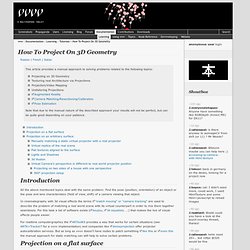 Introduction All the above mentioned topics deal with the same problem: Find the pose (position, orientation) of an object or the pose and lens characteristics (field of view, shift) of a camera viewing that object. In cinematography with 3d visual effects the terms "match moving" or "camera tracking" are used to describe the problem of matching a real world scene with its virtual counterpart in order to mix them together seamlessly. For this task a list of software exists (boujou, 3d equalizer, ...) that makes the live of visual effects people easier.

Here, twelve essential tales from the realms of cosmology, magical items, crossing realms and Ragnarok are staged across three trees using a combination of illustrative character animations and abstract motion design. Switches between themes and areas are underscored by atmospheric colour changes of backlit rear panels spread across the entire room.m box fleshed out the Art+Com storylines and brought them to life with details, designs and animations. Video Mapping Software: 3d Projection Mapping. I’ve been intrigued by the idea of 3d projection mapping/video mapping for the use in live shows in public outdoor spaces and in smaller venues as well. It’s generally known for big outdoor venues and live shows: some of you may have seen Amon Tobin’s show ISAM. But these guys from France, Pierre Schneider and François Wunschel, created a 2 person show called “Euphorie” on a much smaller scale than Amon Tobin’s bewildering experience.

Check out this clip of fluorescent light guitars: Two different projects, both different kind of shows, but I like that they’re both designed to tour and to be shown before a live audience. I was also able to find an interview with the creators of the show ‘Euphorie’, who are better known as the founders of the company 1024 architecture. Edge blending, warping and mediaserver technology with auto camera based alingment of projectors.