Learning. Facial Recognition. Psychiatric Treatment. Computational Neuroscience. About the Course This course provides an introduction to basic computational methods for understanding what nervous systems do and for determining how they function. 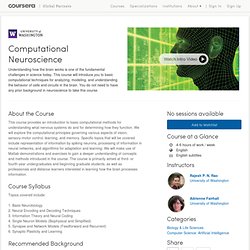 We will explore the computational principles governing various aspects of vision, sensory-motor control, learning, and memory. Specific topics that will be covered include representation of information by spiking neurons, processing of information in neural networks, and algorithms for adaptation and learning. We will make use of Matlab demonstrations and exercises to gain a deeper understanding of concepts and methods introduced in the course. The course is primarily aimed at third- or fourth-year undergraduates and beginning graduate students, as well as professionals and distance learners interested in learning how the brain processes information. Course Syllabus Topics covered include: 1. Recommended Background Familiarity with basic concepts in linear algebra, calculus, and probability theory. In-course Textbooks. There's an app for that: Neuroscience. Before the digital age, neuroscientists got their information in the library like the rest of us. 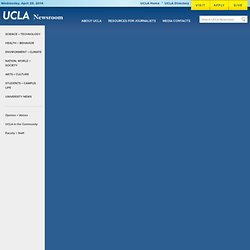 But the explosion of neuroscience research has resulted in the publication of nearly 2 million papers — more data than any researcher can read and absorb in a lifetime. That's why a UCLA team has invented research maps. Easily accessible through an online app, the maps help neuroscientists quickly scan what is already known and plan their next study.

The Aug. 8 edition of the journal Neuron describes these new tools.

Quantum mechanics. Consciousness. Drugs. Habits. Neuroscientists. Direct and indirect cellular effects of aspa... [Eur J Clin Nutr. 2008. Aspartame. Neurological disorder MMF found to be caused by vaccines: scientific proof. (NaturalNews) It is a little-known condition that can trigger persistent and debilitating symptoms similar to those associated with multiple sclerosis (MS) and fibromyalgia, but is also one that the medical profession at large is still unwilling to acknowledge. And yet emerging research continues to show that macrophagic myofasciitis, or MMF, is a very real condition brought about as a direct result of vaccines that contain aluminum adjuvants, which become lodged in muscle tissue and lead to severe neurological damage and other problems. First identified in 1998, MMF is characterized by debilitating muscle and joint pain, chronic inflammation, and incapacitating fatigue. Though clearly distinct from both fibromyalgia and MS, which are also now believed by many to be neurological conditions triggered by vaccines, MMF is similar in that it appears to involve the demyelination of the central nervous system, or the loss of the fatty layer myelin sheaths that protect nerves. 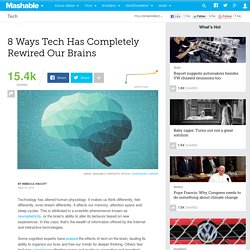 It makes us think differently, feel differently, even dream differently. It affects our memory, attention spans and sleep cycles. This is attributed to a scientific phenomenon known as neuroplasticity, or the brain's ability to alter its behavior based on new experiences. In this case, that's the wealth of information offered by the Internet and interactive technologies. Some cognition experts have praised the effects of tech on the brain, lauding its ability to organize our lives and free our minds for deeper thinking. Every emerging study and opinion piece is hotly disputed, yet each brings us closer to understanding how tech can fundamentally alter our minds. 1.

Television impacts our psyche so thoroughly, it may even affect our dreams. Previous dream research, conducted in the early 1900s through the 1950s, has suggested a correlation between exposure to black and white television and dreaming in black and white. 2. 4. 5. 6. 8.