Tienda airsoft y complementos militares online - ropa-militar.com. Products. This fascinating technology, which uses high-power electromagnetic energy instead of explosive chemical propellants to launch projectiles farther and faster than any previous system, is currently in Phase 2 of the program. 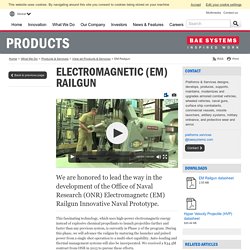 During this phase, we will advance the railgun by maturing the launcher and pulsed power from a single shot operation to a multi-shot capability. Auto-loading and thermal management systems will also be incorporated. We received a $34.5M contract from ONR in 2013 to pursue these efforts. “We’re committed to developing this innovative and game changing technology that will revolutionize naval warfare,” said Chris Hughes, vice president and general manager of Weapon Systems at BAE Systems. General Dynamics - Home. Military News Humor Photos - StrategyPage. УралВагонЗавод. Inicio. УралВагонЗавод. M134 Gun Systems. April/May 2011: From Video to Knowledge. UNMANNED aerial vehicles, such as the drones Predator and Reaper, are rewriting the rules of battle in Iraq and Afghanistan and are being considered for monitoring U.S. borders. 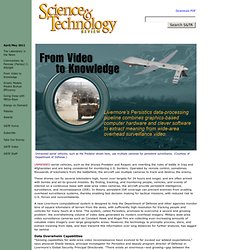 Operated by remote control, sometimes thousands of kilometers from the battlefield, the aircraft use multiple cameras to track and destroy the enemy. These drones can fly several kilometers high, hover over targets for 24 hours and longer, and are often armed with bombs and air-to-ground missiles. By finding, tracking, and monitoring people, vehicles, and events of interest on a continuous basis with wide-area video cameras, the aircraft provide persistent intelligence, surveillance, and reconnaissance (ISR). In theory, persistent ISR coverage can prevent enemies from evading overhead surveillance systems, thereby enabling fast decision making for tactical missions, with reduced risk to U.S. forces and noncombatants. Analysts working at ground stations will interact with the transmitted airborne video data.

The U.S. military's real-time Google Street View: Airborne spy camera can track an entire city in 1,800MP. The ARGUS-IS can view an area of 15 sq/miles in a single imageIts zoom capability can detect an object as small as 6in on the groundDeveloped by BAE as part of a $18million DARPA projectSystem works by stringing together 368 digital camera chips By Damien Gayle Published: 14:56 GMT, 28 January 2013 | Updated: 19:56 GMT, 28 January 2013 A sinister airborne surveillance camera gives the U.S. military the ability to track movements in an entire city like a real-time Google Street View. 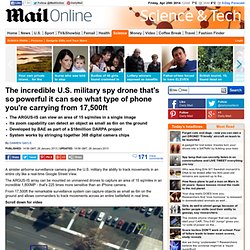 The ARGUS-IS array can be mounted on unmanned drones to capture an area of 15 sq/miles in an incredible 1,800MP - that's 225 times more sensitive than an iPhone camera. From 17,500ft the remarkable surveillance system can capture objects as small as 6in on the ground and allows commanders to track movements across an entire battlefield in real time. Scroll down for video The ARGUS array sends its live feed to the ground where it connects to a touch-screen command room interface. Rise of the Drones. Rise of the Drones PBS Airdate: January 23, 2013 NARRATOR: Drones: these aerial robots are replacing manned planes; they're revolutionizing warfare by allowing us to see and kill from half a world away, and they're making science fiction a reality. 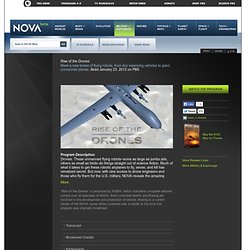 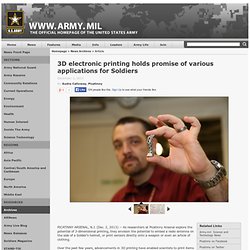 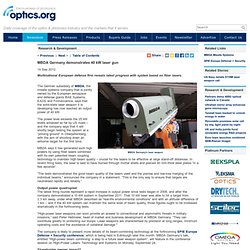 The power level exceeds the 25 kW levels achieved so far by US rivals – and the company says that it will shortly begin testing the system at a “proving ground” in Oberjettenberg, with the aim of shooting down an airborne target for the first time. MBDA says it has generated such high powers by using fiber lasers combined with its own patented beam coupling technology to maintain high beam quality – crucial for the lasers to be effective at large stand-off distances.

In recent firing tests, the laser is said to have burned through mortar shells and pierced 40 mm-thick steel plates “in a few seconds”. Missile systems, defence systems - MBDA missiles. Fictional military aircraft. Fictional military aircraft are imagined aircraft which are used in fiction , in its various media, but do not exist in the real world. 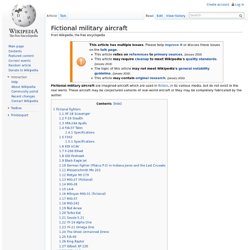 These aircraft may be conjectured variants of real-world aircraft or they may be completely fabricated by the author. Fictional fighters [ edit ] XF-18 Scavenger [ edit ] The XF-18 Scavenger is a highly capable all-weather reconnaissance plane described in Michael Crichton 's novel The Andromeda Strain . F-19 Stealth [ edit ] In the 1980s, a gap appeared in the designation system for U.S. military aircraft, between the F/A-18 Hornet and the F-20 Tigershark . American model airplane manufacturers Testors [ 1 ] and Monogram [ 2 ] have both released hypothetical model kits of the F-19, the former quickly becoming the best-selling model airplane kit ever. The Testors design was also the basis for F-19 Stealth Fighter , a flight simulation program released by Microprose in the late 1980s.