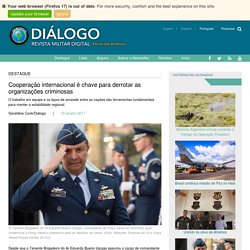 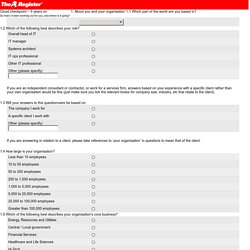 1. About you and your organisation 1.1 Which part of the world are you based in? 1.2 Which of the following best describes your role? If you are an independent consultant or contractor, or work for a services firm, answers based on your experience with a specific client rather than your own organisation would be fine (just make sure you tick the relevant boxes for company size, industry, etc that relate to the client). 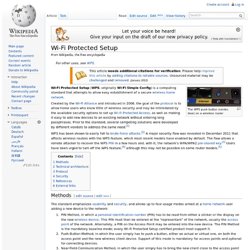 WPS has been shown to easily fall to brute-force attacks.[2] A major security flaw was revealed in December 2011 that affects wireless routers with the WPS feature, which most recent models have enabled by default. The flaw allows a remote attacker to recover the WPS PIN in a few hours and, with it, the network's WPA/WPA2 pre-shared key.[3] Users have been urged to turn off the WPS feature,[4] although this may not be possible on some router models.[5] Methods[edit source | editbeta] The standard emphasizes usability and security, and allows up to four usage modes aimed at a home network user adding a new device to the network: 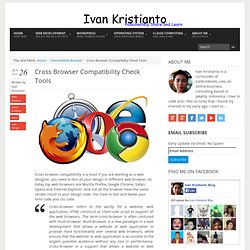 As today top web browsers are Mozilla Firefox, Google Chrome, Safari, Opera and Internet Explorer. And not all the browser have the same render result to your design code. Python-clblob/LICENSE at master · craigslist/python-clblob. Kissing.guppies.gif.

Chrome Beta. Microsoft Windows is now free for mobile devices under 9 inches. Today is the first day of Microsoft’s Build conference and that means the company will be sharing plenty of news about the future of Windows and other Microsoft products. 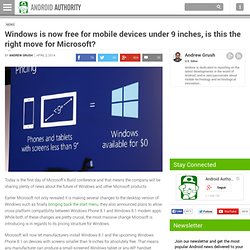 Earlier Microsoft not only revealed it is making several changes to the desktop version of Windows such as finally bringing back the start menu, they also announced plans to allow cross-platform compatibility between Windows Phone 8.1 and Windows 8.1 modern apps. While both of these changes are pretty crucial, the most massive change Microsoft is introducing is in regards to its pricing structure for Windows. Linux-security. Server Monitor. MediaWiki: includes/Licenses.php Source File. Open Source Initiative (OSI) announces new Affiliate Members. By Deb BryantMarch 12, 2014 Palo Alto, California — The Open Source Initiative (www.opensource.org) is very pleased to announce two new organizations have joined the OSI as Affiliate Members: inBloom (www.inbloom.org) and LinuxFest Northwest (www.linuxfestnorthwest.org). 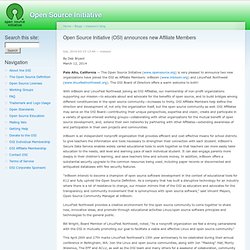 The OSI Board of Directors offers a warm welcome to both! With inBloom and LinuxFest Northwest joining as OSI Affiliates, our membership of non-profit organizations supporting our mission—to educate about and advocate for the benefits of open source, and to build bridges among different constituencies in the open source community—increases to thirty. OSI Affiliate Members help define the direction and development of, not only the organization itself, but the open source community as well. "inBloom intends to become a champion of open source software development in the context of educational tools for K12 and fully uphold the Open Source Definition. About the Open Source Initiative. .facebook-eagle. .facebook_-svcg_closeup.jpeg. IPv4. Internet Protocol version 4 (IPv4) is the fourth version in the development of the Internet Protocol (IP) Internet, and routes most traffic on the Internet.[1] However, a successor protocol, IPv6, has been defined and is in various stages of production deployment. 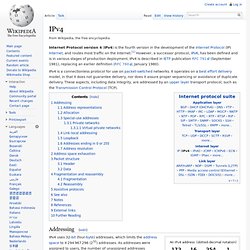 IPv4 is described in IETF publication RFC 791 (September 1981), replacing an earlier definition (RFC 760, January 1980). IPv4 is a connectionless protocol for use on packet-switched networks. It operates on a best effort delivery model, in that it does not guarantee delivery, nor does it assure proper sequencing or avoidance of duplicate delivery. These aspects, including data integrity, are addressed by an upper layer transport protocol, such as the Transmission Control Protocol (TCP). Addressing [edit] Barbershop.bng. Change Picasa settings - Picasa and Picasa Web Albums Help. CSS Generator. Android Button Maker. AngryTools After a long time, angrytools is updating with new features...coming soon Home Android Button Maker Please enable JavaScript to view the <a href=" powered by Disqus. 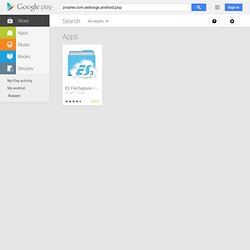 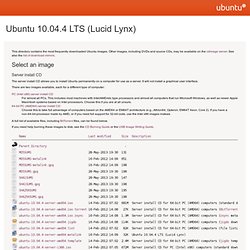 In order to clarify the intellectual property license granted with Contributions from any person or entity, the Foundation must have a Contributor License Agreement ("CLA") on file that has been signed by each Contributor, indicating agreement to the license terms below. This license is for your protection as a Contributor as well as the protection of the Foundation and its users; it does not change your rights to use your own Contributions for any other purpose.

If you have not already done so, please complete and sign, then scan and email a pdf file of this Agreement to secretary@apache.org. Icla. Android Asset Studio. PDF Reader &.Viewer. Native Applications. Native Applications WG What is Napps WG? The Native Applications WG will profile OpenID Connect 1.0 to enable a Single Sign On (SSO) model for native applications installed on mobile devices. List of Specifications The link below will eventually be to the HTML version of the working copies of the specifications. Native Application SSO Profile of OpenID Connect 1.0. Participation The easiest way to participate is to join the mailing list at Please note that while anyone can join the mailing list as a read-only recipient, posting to the mailing list or actively contributing to the specification itself requires the submission of an IPR Agreement. Xmastree.2013-TWINKLE. IMG_me. Contents. Using Images and Videos - 11g Release 1 (11.1.1)

The rules in these blacklists and whitelists are currently browser-specific, although work is underway to share them between browsers. As the rules are too complicated to fit in a simple table, this page uses one section per browser to describe the rules as of this writing. Firefox. Transfer photos to a new account - Picasa and Picasa Web Albums Help. Before you migrate your Picasa Web Albums account, note that this tool transfers your existing photos, videos, comments, likes, and followers to a different account.

Once the transfer has completed, it can't be undone. If you'd like to continue, follow these steps: In Picasa Web Albums, click the gear icon and choose Photos settings . On the Privacy and Permissions tab, click Migrate my photos in the 'Migrate account' section. In the resulting dialog, enter the email address to which you'd like to transfer your photos. The transfer happens on our servers so there's no download then re-upload required by you, but depending on how many photos and videos you have, this transfer may take up to 24 hours to complete. Several important notes Please read this carefully, it's not the usual yada yada. Existing links : Any existing links or embedded images from the old account will continue to work - they'll be redirected to the new location - after the move is complete.