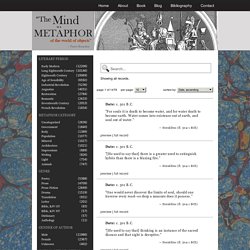 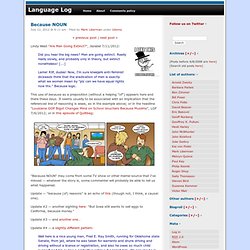 ", Jezebel 7/11/2012: Did you hear the big news? Men are going extinct. Really really slowly, and probably only in theory, but extinct nonetheless! 31863. Theta role. Theta roles and thematic relations[edit] The term Theta Role is often used interchangeably with the term thematic relations (particularly in mainstream generative grammar — for an exception see (Carnie 2006)). 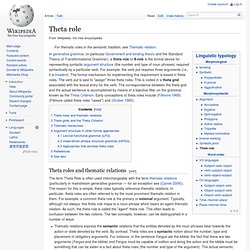 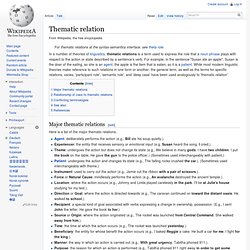 There are no clear boundaries between these relations. For example, in "the hammer broke the window", some linguists treat hammer as an agent, some others as instrument, while some others treat it as a special role different from these. Relationship of case to thematic relations[edit] In many languages, such as Finnish and Hungarian and Turkish, thematic relations may be reflected in the case-marking on the noun. Conflicting terminologies[edit] Thematic relations concern the nature of the relationship between the meaning of the verb and the meaning of the noun.

Presupposition-and-relative-well-formedness-1969-lakoff. Types and Tokens. First published Fri Apr 28, 2006 The distinction between a type and its tokens is a useful metaphysical distinction. 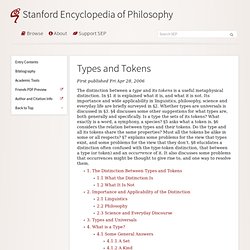 In §1 it is explained what it is, and what it is not. Its importance and wide applicability in linguistics, philosophy, science and everyday life are briefly surveyed in §2. Whether types are universals is discussed in §3. §4 discusses some other suggestions for what types are, both generally and specifically. Is a type the sets of its tokens? 1. Ambiguity. First published Mon May 16, 2011 Fun fact: the word ‘ambiguous’, at least according to the Oxford English Dictionary is ambiguous between two main types of meaning: uncertainty or dubiousness on the one hand and a sign's bearing multiple meanings on the other. 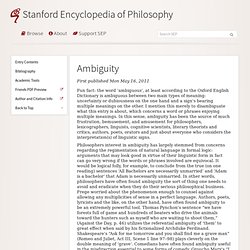 I mention this merely to disambiguate what this entry is about, which concerns a word or phrases enjoying multiple meanings. In this sense, ambiguity has been the source of much frustration, bemusement, and amusement for philosophers, lexicographers, linguists, cognitive scientists, literary theorists and critics, authors, poets, orators and just about everyone who considers the interpretation(s) of linguistic signs. Philosophers interest in ambiguity has largely stemmed from concerns regarding the regimentation of natural language in formal logic: arguments that may look good in virtue of their linguistic form in fact can go very wrong if the words or phrases involved are equivocal. 1. 2. 2.1 Vagueness 2.2 Context Sensitivity 3. 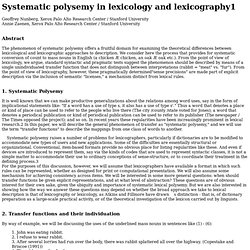 We consider here the process that provides for systematic conversion of count to mass nouns in English (a chicken Æ chicken, an oak Æ oak etc.). From the point of view of lexicology, we argue, standard syntactic and pragmatic tests suggest the phenomenon should be described by means of a single unindividuated transfer function that does not distinguish between interpretations (rabbit = "meat" vs. "fur"). 1. It is well known that we can make productive generalizations about the relations among word uses, say in the form of implicational statements like: "If a word has a use of type s, it also has a use of type s'. " 2. 7. ? 3. There are independent grounds for this analysis.