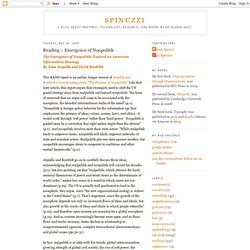 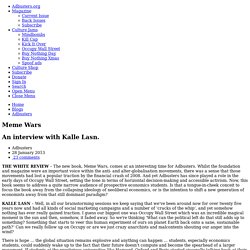 Whilst the foundation and magazine were an important voice within the anti- and alter-globalisation movements, there was a sense that those movements had lost a popular traction by the financial crash of 2008. And yet Adbusters has since played a role in the early days of Occupy Wall Street, setting the tone in terms of horizontal decision-making and accessible activism.

Now, this book seems to address a quite narrow audience of prospective economics students. Is that a tongue-in-cheek conceit to focus the book away from the collapsing ideology of neoliberal economics, or is the intention to shift a new generation of economists away from that still dominant paradigm? THE WHITE REVIEW – Is that quite a profound shift in the Adbusters project? KALLE LASN – We’ve always worked on two levels. KALLE LASN – What you’re saying still feels a little bit like the old left talking. Nail to professor’s door. Winning the Story Wars - The Hero's Journey. The End Of The World Isn't As Likely As Humans Fighting Back. Dystopias make for boring futurism. 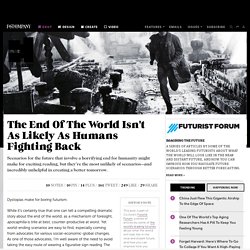 While it’s certainly true that one can tell a compelling dramatic story about the end of the world, as a mechanism of foresight, apocaphilia is trite at best, counter-productive at worst. Yet world-ending scenarios are easy to find, especially coming from advocates for various social-economic-global changes. As one of those advocates, I’m well aware of the need to avoid taking the easy route of wearing a figurative sign reading The End Is Nigh. We want people to take the risks we describe seriously, so there is an understandable temptation to stretch a challenging forecast to its horrific extremes—but ultimately, it’s a bad idea. 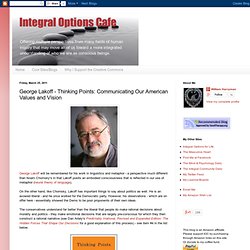 The Issue Trap. We hear it said all the time: Progressives won’t unite behind any set of ideas. We all have different ideas and care about different issues. The truth is that progressives do agree at the level of values and that there is a real basis for progressive unity. Progressive values cut across issues. 2. 3. 4. 5. 6. 7. A common mistaken ideology has convinced many progressives that they must “move to the right” to get more votes. 8. Progressives also paint conservative leaders as incompetent and not very smart, based on a misunderstanding of the conservative agenda. 9. 10. Spin, on the other hand, is the dishonest use of surface linguistic frames to hide the truth. 11. Why You're Stuck in a Narrative. For some reason the narrative fallacy does not seem to get as much play as the other major cognitive fallacies.

Apart from discussions of "The Black Swan", I never see it mentioned anywhere. Perhaps this is because it's not considered a "real" bias, or because it's an amalgamation of several lower-level biases, or because it's difficult to do controlled studies for. Regardless, I feel it's one of the more pernicious and damaging fallacies, and as such deserves an internet-indexable discussion. Systems of Languaging. The Origins of Office Speak. Undoing Power. Undoing Power Klaus Krippendorff. 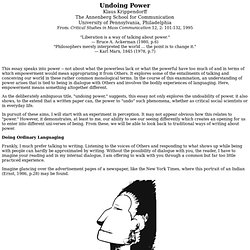 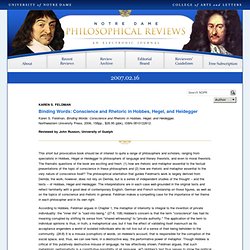 The Overton Window. Special essays that can be e-mailed to you! 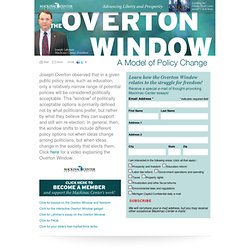 “Civil Society: Moral Arguments for Limiting Government”: The Overton Window model suggests that the key to changing government policy lies in changing the views of the public. This, however, takes more than facts and logic. As Mackinac Center President Joseph G. Lehman argues in this essay, winning the battle for people’s hearts and minds through “economic analysis alone is like bringing a knife to a gun fight.” Moving the Overton Window. When I tell people that I'm an atheist, I'm often asked if I think that fiery rhetoric and sharp critiques of religion, like the kind found in the writing of trailblazers like Richard Dawkins, is harming the cause by offending believers who might otherwise have been sympathetic. 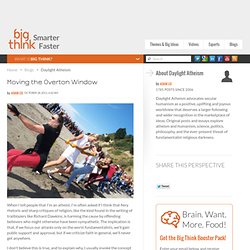 The implication is that, if we focus our attacks only on the worst fundamentalists, we'll gain public support and approval, but if we criticize faith in general, we'll never get anywhere. I don't believe this is true, and to explain why, I usually invoke the concept of the Overton window.