Dear students,
Here is a collection of articles that you can choose from to prepare and practise for the 'Khôlle' exercise.

The articles are organised by theme.

You can select any article to prepare but please remember to email the article you have chosen to prepare for your English lesson. 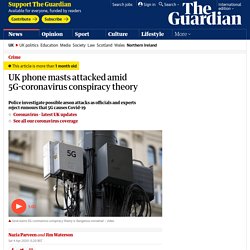 The mayor of Liverpool, Joe Anderson, also revealed he had received threats relating to the “bizarre” theory, which has gained traction on social media. On Friday, emergency services were called to reports that a 5G mast was on fire in Liverpool shortly before 11pm. Police confirmed they were investigating the blaze at Spencer’s Lane, Aintree, close to the M57 motorway. Fire crews managed to get the fire under control quickly and were photographed parked outside the field shortly after it was extinguished. The media regulator, Ofcom, said on Thursday it was monitoring broadcasters who spread the discredited conspiracy theory, although coverage has spread more widely on social networks, such as WhatsApp, Facebook, Twitter and Nextdoor. Covid 19 changing our attitude to techonology and privacy.

RANCHERS in Colombia’s Meta department can be vengeful folk. 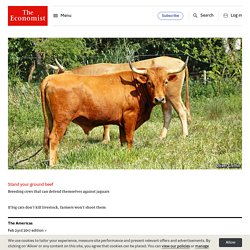 From time to time jaguars emerge from a clump of forest, streak across the savannah and attack one of a panic-stricken herd of cows. When that happens, ranchers hunt the offender down and shoot it. That practice is endangering the cats’ survival. Panthera, a charity that manages “corridors” for jaguars that stretch from Argentina to Mexico, guesses that just 5,000 of the cats are left in los llanos, Colombia’s scorching savannah.

How Lies Spread Online. Here's Why the Trump Administration's Iran Sanctions Stragey won't work. Do the colours you wear at work matter? BBC 7th Sept 2017. Flying insecst vanish from nature preserves The Washington Post, Oct 18th 2017. One cigarette 'may lead to habit for more than two-thirds of people' - The Guardian. How to narrow Britain's gender-pay gap - The Economist.

Online retailers go offline in China & the two biggest firms are slugging it out. Why cities sink - The Economist. Electric cars already cheaper to own and run than petrol or diesel. The ethical dilemmas of self-driving cars. Experts say Tesla has repeated car industry mistakes from the 1980s. Feminists have slowly shifted power. There’s no going back. Must monsters always be male? Gig economy workers angry at lack of bogus self-employment curbs.

Guns and the Soul of America. How Evil Is Tech? Oil and gas ties run deep in the Trump administration. President Trump flaunts embrace of 'climate sceptic' myths. Social mobility board quits over lack of progress. What Happens If We Start Solar Geo-Engineering—And Then Suddenly Stop? Trump’s Heartless Transgender Military Ban Gets a Second Shot. On World Health Day, Are We Ready for the Next Outbreak? Swiss vote to tighten gun laws, safeguard EU relations. Final results showed that voters overwhelmingly supported reforming Swiss gun laws, with a full 63.7 percent casting their ballot in favour. 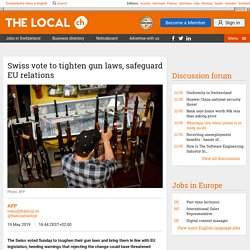 America's gun problem is so much bigger than mass shootings. A disturbed man with an AR-15-style rifle walked through a popular historic site in 1996, shooting up the cafe and gift shop. 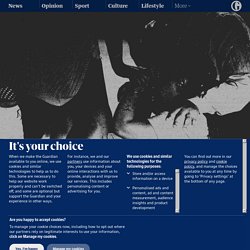 He left 35 people dead and 19 seriously injured. The country’s conservative leader pushed through immediate, sweeping changes to gun laws. Chief among them was a ban and mandatory buyback of more than 600,000 semiautomatic rifles and other long guns, which were then melted down. In all, one researcher estimates, the government ultimately destroyed about a million weapons – roughly one-third of its total gun stock. That was in Australia, a country that has not had another large-casualty mass shooting since. “We know that other countries, in response to one mass shooting, have been able to craft laws that almost eliminate mass shootings. Europe's Youth Have Good Reason to Be Mad. Tech giants shouldn’t always get their way. Rural America feels the sting of Trump's China trade war CNN. Tensions between America and Iran worsen. Tensions between America and Iran worsen - Strange manoeuvres. WHEN DONALD TRUMP hired John Bolton to be his national security adviser, he reportedly joked that the mustachioed hawk was “going to get us into a war”. 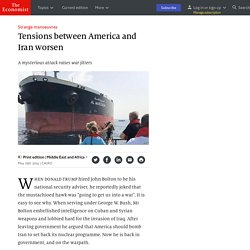 It is easy to see why. When serving under George W. Bush, Mr Bolton embellished intelligence on Cuban and Syrian weapons and lobbied hard for the invasion of Iraq. After leaving government he argued that America should bomb Iran to set back its nuclear programme. Now he is back in government, and on the warpath. Jeremy Corbyn Halts Brexit Talks With Theresa May. WhatsApp spyware attack was attempt to hack human rights data The GUARDIAN May 2019.

The Trump Tariffs will cost Americans Jobs The NYT. The Independent Punitive student loans in the UK. 2018 oraux anglais. American democracy’s built-in bias towards rural Republicans - Voting reform. Jon Snow: Reporting on Grenfell made me feel on the wrong side of social divide. Edhec 2018 Oraux anglais. Face recognition colle d'anglais. French customs strike continues to cause cross-channel travel chaos. Why Europe beats the US on equality The Guardian, 24th January 2018. America should get rid of oppressive job licensing The Economist, 17 Feb 2018.

Khôlle 1: We might mock Trump and his wall but it's not so different in Britain, The Guardian, 9th January 2019

The Guardian Political Upheaval in the USA and in the UK. Everything about the Boris Johnson brand is fake - The Times, 10th September 2018.