Google Launches 'Read Along' App That Aims To Help Kids Improving Their Reading Skills. To help kids learn better at home, Google has announced early access for families to its app Read-Along that was first launched in India as Bolo app with an in-app reading buddy named Diya. 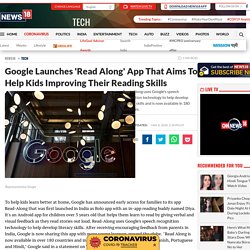 It's an Android app for children over 5 years old that helps them learn to read by giving verbal and visual feedback as they read stories out loud. Read-Along uses Google's speech recognition technology to help develop literacy skills. After receiving encouraging feedback from parents in India, Google is now sharing this app with more young learners around the globe. "Read Along is now available in over 180 countries and in nine languages including English, Spanish, Portuguese and Hindi," Google said in a statement on Thursday.

Google's Read Along App Helps Teach Kids How to Read. Google has launched a new app designed to help teach kids how to read. 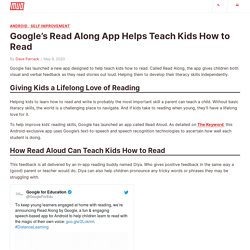 Called Read Along, the app gives children both visual and verbal feedback as they read stories out loud. Helping them to develop their literacy skills independently. Advertisement Giving Kids a Lifelong Love of Reading Helping kids to learn how to read and write is probably the most important skill a parent can teach a child. Pre-A1 level activities for children. Sing and Learn. Activities for children. Merriam-Webster's Word Central. Learning Resources. Vocabulary at primary school. English > Vocabulary A good grasp of vocabulary – understanding a wide range of words and how to use them in context – will help your child not only articulate and explain what they think, but enable them to ask the right questions to learn more. 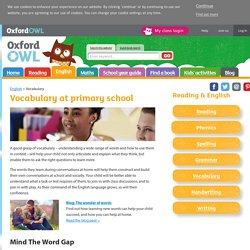 The words they learn during conversations at home will help them construct and build their own conversations at school and socially. Your child will be better able to understand what a task or test requires of them, to join in with class discussions, and to join in with play. As their command of the English language grows, so will their confidence. Blog: The wonder of wordsFind out how learning new words can help your child succeed, and how you can help at home.Read the blog post > Mind The Word Gap A report published by Oxford University Press in 2018, Why the Word Gap Matters, revealed that there's an increasing number of children at primary and secondary school who have a limited vocabulary – a word gap. 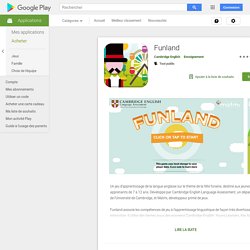 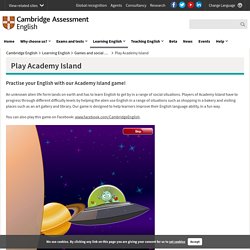 An unknown alien life form lands on earth and has to learn English to get by in a range of social situations. Players of Academy Island have to progress through different difficulty levels by helping the alien use English in a range of situations such as shopping in a bakery and visiting places such as an art gallery and library. Our game is designed to help learners improve their English language ability, in a fun way. MetaMetrics Inc.

Kids' Games, Animals, Photos, Stories, and More. LearnEnglish Kids - British Council. BBC Bitesize Highlights. LearnEnglish Kids. Merriam-Webster's Word Central. Johnny Grammar's Word Challenge. Happy Campers and The Inks 2. Players are guided by The Inks: five fun characters who accompany and motivate children as they practice the vocabulary and progress on their language-learning journey. • Motivates and engages young learners with cute and colorful characters, vibrant images, and lively music in a stimulating game environment.• Challenges players by increasing the language level, game speed, and points available as they progress through each level and stage.• Consolidates learning and encourages practice and revision at each review stage.• Rewards learners with trophies and awards for top scores and speeds. 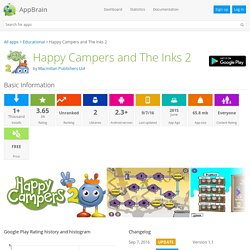