Lumber Hill. Sharpen your axe, call up your team and iron your flannel! 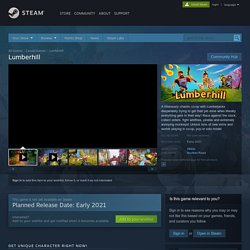 The lumberjacks are ready to work and the nature is ready to fight back! Enter this hilarious co-op game where you have to chop wood and chase animals back to their pen… sounds easy, but it’s not, when there’s meteors, dinosaurs and pirates just waiting to mess everything up! To succeed you will have to race against the clock, find unorthodox paths through the map, work together as a team and most importantly - be prepared for literally anything!

Push Your Family. The game that brings you closer and pushes you apart! 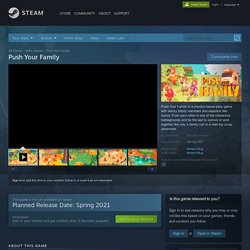 Join the most wacky family in the universe! Proof your oh-so important point by pushing each other, or work together like only a family can.Push Your Family is a local multiplayer party game with wacky physics, that can be enjoyed by gamers and non-gamers alike. Pick up a controller and play Campaign (Co-op), our main mode Battle or one of the other versus modes, no tutorial needed! Be the last family member to survive by pushing your opponents into the dynamic level hazards while scarcely avoiding the danger yourself. Play one of our unique game modes like ‘Quarantine’ in which All family members are infected, but only one person can leave the house... In the near future the family has planned a road trip, where they have to join forces and be an actual family for once!

Trash Sailors. About This Game Trash Sailors is a hand-drawn sailing action with co-op up to 4 players. 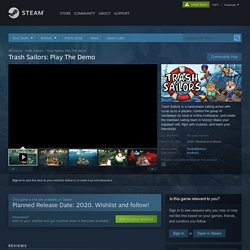 Control the group of castaways by local or online multiplayer, and create the trashiest sailing team in history! Make your slapdash raft, fight with monsters, and trash your friendship! The world was flooded by a giant Trash Tsunami! Luckily for you, a lot of trash is floating around. Tools Up. Gather your friends in this intensely fun local couch co-op game about home renovation and work your way to the top of a skyscraper in need of some work.The owners of various apartments have left their homes in your hands. 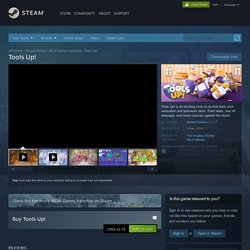 All they’ve given you is a blueprint of how their place should look. Out of Space. Out of Space is a LOCAL and ONLINE co-op multiplayer game about living together in a house in space. 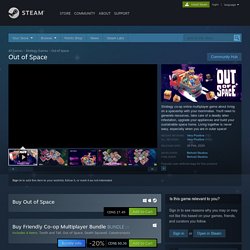 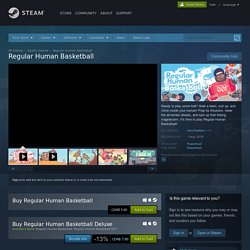 Yelling orders, flipping switches, and shootin' hoops in a post-apocalyptic basketball showdown. Work together to control the human.Play a 1 on 1 match, or bring in friends to help out.Initiate your magnet to grab the ball, while a buddy rotates it all into position.Invade your opponents mech and disable their thrusters while they try to chase you out. Online or Splitscreen Multiplayer for 2 or more ballers.Add steam friends to your party to battle each other, and challenge other teams online. (*requires non-private steam community profile) Support for a huge number of controllers for local play.Can you achieve harmonious dunking with 10 players all pressing buttons and yelling orders? State of the art basketball simulationSix titanic arenas to dunk in.Advanced player face generator with all the latest parts, like LEFT_EYEBROW_42B! Catastronauts! A Hectic 1-4 Player Party Game.

Bonkies on Steam. “The game has been in development for over a year now, and even though the game isn't finished yet, it is in a playable state. 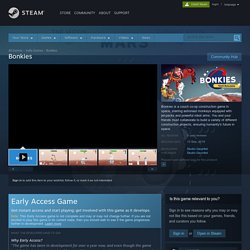 We are eager to show it to more people, and curious as to what you think about it.” “Probably for another six months or so. The foundation for the game is nearing completion and we can soon start working on adding more content based on the plans we've already laid, and on feedback from you, the players.” “Short answer: More and better content, more unique challanges as well as more replayability. Long answer: We plan to add more, and better, levels on more planets, as well as tweak the visuals and UI for better readability both in the menus, and during gameplay.

BFF or Die on Steam. About This Game Congratulations! 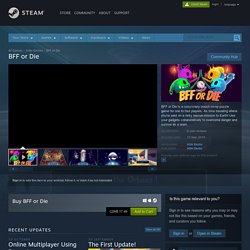 You and your friends are graduating from the prestigious Intergalactic Time Academy. No time for partying though as your first mission awaits! The Orbees are all missing. Yes, those curious little beings made of energy who power our time-tech are nowhere to be fou... no, wait! Best Friends Forever. Can't Drive This - One player drives, one builds the track. Save 60% on Lovers in a Dangerous Spacetime on Steam. Octodad - Loving Father. Caring Husband. Secret Octopus. Overcooked. Keep Talking and Nobody Explodes. Artemis Spaceship Bridge Simulator on the App Store. Spaceteam — A Game of Cooperative Shouting for Phones and Tablets.