Trouvetamosquee.fr, le "ramadan road trip" d'un jeune musulman. The Struggle Within Islam. Sunni-Shia strife: The sword and the word. Harris Zafar: Iran's Death Penalty for Christian Pastor Violates the Quran. In Iran, Pastor Yousef Nadarkhani faces the death penalty for the "crime" of leaving Islam as a teenager and converting to Christianity. 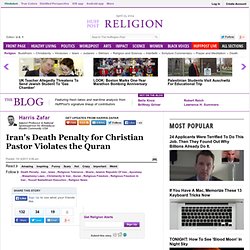 A translated Iranian Supreme Court brief from 2010 states that 32-year-old Nadarkhani "is convicted of turning his back on Islam, the greatest religion, the prophesy of Mohammad at the age of 19. " While there is widespread public outcry of support for his specific case, some are speaking broadly about the punishment for apostasy. Many -- Muslim and non-Muslim -- mistakenly believe that Islam supports this barbaric practice.

Nothing could be further from the truth. Islam prescribes absolutely no punishment for apostasy. Sadly, there are unfortunate souls within the Muslim world arguing that this verse only applies to non-Muslims, thereby meaning that only a non-Muslim cannot be compelled, whereas a Muslim can be compelled or coerced in matters of religion. The Fatwa Against Women Touching Bananas and Other Stupid Islamic Orders. For Syrians displaced by their country’s war, homeless in their own land, life inside refugee camps is a desperate existence. 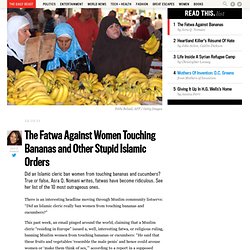 The refugee camp in the Turkish city of Kilis has been called “a five-star hotel.” Residents have access to electricity, playgrounds, and schools. They receive money for food, and satellite dishes adorn many of the housing units. Crime is low, and gratitude is high. Decoding the “DNA of Patriarchy” in Muslim family laws. Contemporary Muslim family laws and practices are increasingly under attack for their unjust treatment of women. 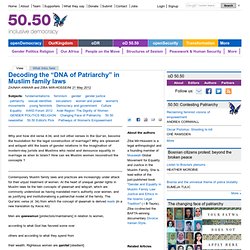 At the heart of unequal gender rights in Muslim laws lie the twin concepts of qiwamah and wilayah, which are commonly understood as having mandated men’s authority over women, and as justifying and institutionalising a patriarchal model of the family. The Qur’anic verse (4: 34) from which the concept of qiwamah is derived reads (in a new translation by Kecia Ali): Men are qawwamun [protectors/maintainers] in relation to women, according to what God has favored some over others and according to what they spend from their wealth. Guarding the unseen according to what God has guarded. You fear, admonish them, and abandon them in bed, and strike them. Pursue a strategy against them.

Exalted, Great. In the Supreme Shrine by Christopher de Bellaigue. Hajj: Journey to the Heart of Islam an exhibition at the British Museum, London, January 26–April 15, 2012 Catalog of the exhibition edited by Venetia Porter Harvard University Press, 288 pp., $39.95. 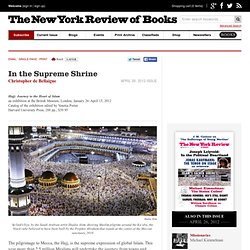 Muslims and the Koran: In the beginning were the words. Interpreting Shari’a. Sadakat Kadri on Muslim and Western ignorance of what Shari'a law really means--and the real concerns that should be targeted. 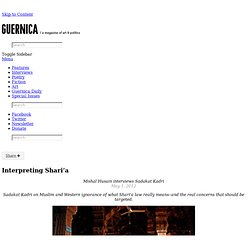 Photograph Courtesy of lecercle Muslims agree that Shari’a is God’s law. But the mysticism surrounding Prophet Muhammed’s nearly 1,400-year-old words has solidified to a point where finding a consensus on the particulars of Shari’a is difficult. The debate has now saturated modern politics and pop-culture around the globe. Alaa Al Aswany: Are They Really Religious? Last summer a friend of mine was driving his elderly mother from the north coast to Cairo and on the way his mother, a diabetic, suddenly felt ill. 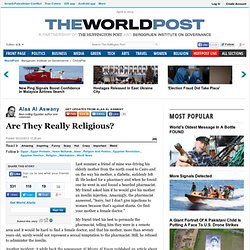 He looked for a pharmacy and when he found one he went in and found a bearded pharmacist. My friend asked him if he would give his mother an insulin injection. Amazingly, the pharmacist answered, "Sorry, but I don't give injections to women because that's against sharia. Go find your mother a female doctor. " Islam's Origins: Where Mystery Meets History. The same spotlight of historical enquiry that scholars have long been shedding on the biblical past is now starting to illumine the origins of Islam, as Tom Holland explains. 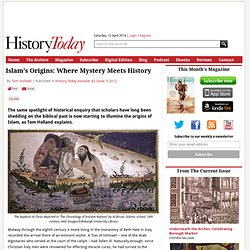 The baptism of Christ depicted in 'The Chronology of Ancient Nations' by Al-Biruni, Islamic school, 14th century. AKG Images/Edinburgh University LibraryMidway through the eighth century a monk living in the monastery of Beth Hale in Iraq recorded the arrival there of an eminent visitor. A ‘Son of Ishmael’ – one of the Arab dignitaries who served at the court of the caliph – had fallen ill. Naturally enough, since Christian holy men were renowned for effecting miracle cures, he had turned to the monks to help him with his convalescence. The Arab stayed ten days in the monastery and in that time he and his hosts argued freely about their respective religions. So, what did the Muslims do for the Jews? 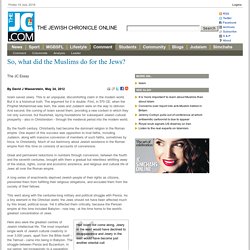 This is an unpopular, discomforting claim in the modern world. But it is a historical truth. The argument for it is double.