Responsive Data Table Roundup. By Chris Coyier On responsive tables There has been a bunch of takes on responsive data tables since I first published about it. 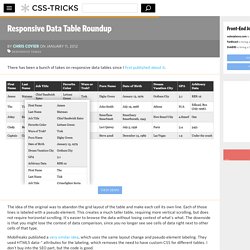 The idea of the original was to abandon the grid layout of the table and make each cell its own line. Each of those lines is labeled with a pseudo element. This creates a much taller table, requiring more vertical scrolling, but does not require horizontal scrolling. It's easier to browse the data without losing context of what's what. Mobifreaks published a very similar idea, which uses the same layout change and pseudo element labeling. Derek Pennycuff took the original and applied the "mobile first" concept. Drew Dyksterhouse made a demo that calculates where the table should break by measuring if the table has become wider than the screen, then saving that breakpoint for efficiency. Scott Jehl cooked up two clever ideas.

Pretty cool, but clearly all tables can't be converted into charts. View Demo I think Stewart was on to something though. Responsive Images Done Right: A Guide To And srcset. Advertisement Today, too many websites are still inaccessible. 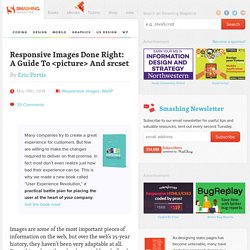 In our new book Inclusive Design Patterns, we explore how to craft flexible front-end design patterns and make future-proof and accessible interfaces without extra effort. Hardcover, 312 pages. Get the book now! Images are some of the most important pieces of information on the web, but over the web’s 25-year history, they haven’t been very adaptable at all. Responsive Web Design · An A List Apart Article. The English architect Christopher Wren once quipped that his chosen field “aims for Eternity,” and there’s something appealing about that formula: Unlike the web, which often feels like aiming for next week, architecture is a discipline very much defined by its permanence. 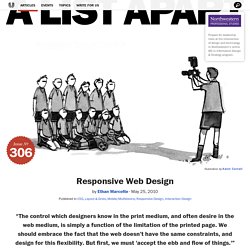 Article Continues Below A building’s foundation defines its footprint, which defines its frame, which shapes the facade. Each phase of the architectural process is more immutable, more unchanging than the last. Creative decisions quite literally shape a physical space, defining the way in which people move through its confines for decades or even centuries. Working on the web, however, is a wholly different matter. But the landscape is shifting, perhaps more quickly than we might like. In recent years, I’ve been meeting with more companies that request “an iPhone website” as part of their project. Responsive Web Design. Responsive Grid System. 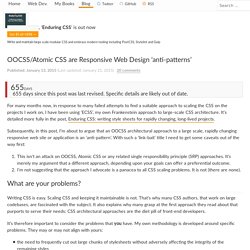 Specific details are likely out of date. For many months now, in response to many failed attempts to find a suitable approach to scaling the CSS on the projects I work on, I have been using ‘ECSS’, my own Frankenstein approach to large-scale CSS architecture. It’s detailed more fully in the post, Enduring CSS: writing style sheets for rapidly changing, long-lived projects. Subsequently, in this post, I’m about to argue that an OOCSS architectural approach to a large scale, rapidly changing responsive web site or application is an ‘anti-pattern’. This isn’t an attack on OOCSS, Atomic CSS or any related single responsibility principle (SRP) approaches. Writing CSS is easy. It’s therefore important to consider the problems that you have. 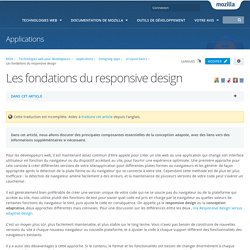 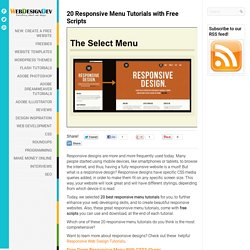 Many people started using mobile devices, like smartphones or tablets, to browse the internet, and thus, having a fully responsive website is a must! But what is a responsive design? Responsive designs have specific CSS media queries added, in order to make them fit on any specific screen size. This way, your website will look great and will have different stylings, depending from which device it is read. Today, we selected 20 best responsive menu tutorials for you, to further enhance your web developing skills, and to create beautiful responsive websites. 10 Amazing Responsive Image Galleries.

Responsive web design is a hot topic right now, and if this is a design concept you’re in to and practice then you may have run in to a problem with needing to incorporate an image gallery in to a project, but not knowing how to make it responsive. 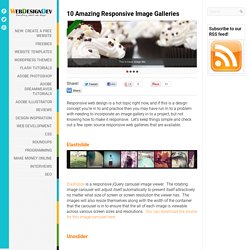 Let’s keep things simple and check out a few open source responsive web galleries that are available. Elastislide Elastislide is a responsive jQuery carousel image viewer. The rotating image carousel will adjust itself automatically to present itself attractively no matter what size of screen or screen resolution the viewer has. The images will also resize themselves along with the width of the container that the carousel is in to ensure that the all of each image is viewable across various screen sizes and resolutions. CSS3 Multiple Columns and Responsive Design.

Yesterday I came across a question on StackOverflow regarding CSS Multiple Columns and Responsive Design. I'm working on a site that uses a responsive layout and I've run into a problem getting around the shortcomings of the newer CSS multi-column properties ( the browser window is wide enough, I split the text into two columns with an sidebar for smaller images. The multi-column css properties work great, but they're not too smart.The first section is split evenly into two equal-height columns, but they're way too tall.

For someone to read this section they'd have to scroll down along the first column, then back up to the start of the next to read the rest.The second section is split into two equal-height columns too, but there's only two sentences, so it looks awkward; there's not really enough content to justify a second column the user has to read across. In my answer I decided to add a code pen to show the exact process, and then went on to explain how I came about to the solution. Advanced Responsive Design Techniques. Ish. yet another viewport resizer. Am I Responsive? Responsive Design Knowledge Hub.