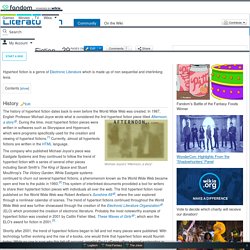 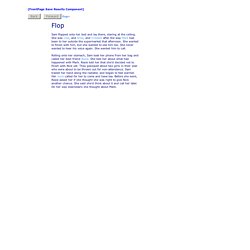 Sam waited, and got colder, and went inside the supermarket, and worried that he'd drive past and think she wasn't there, so went outside again and got colder still. When he finally did arrive, nearly 50 minutes late, she was on the verge of hypothermia. Summer Girl On a beach in Spain, hot sun, crowds, the smell of suntan oil, a man selling slices of fruit crying "Mejilones" as he walks along the sand. Summer girl. Irritated. Lorem Ipsum: Nifty new hypertext/Interactive Fiction authoring system. I recently encountered a cool system called Undum for creating hypertext stories, semi-interactive text-based games, and Interactive Fiction. 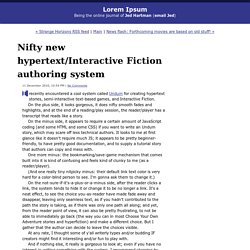 On the plus side, it looks gorgeous, it does nifty smooth fades and highlights, and at the end of a reading/play session, the reader/player has a transcript that reads like a story. On the minus side, it appears to require a certain amount of JavaScript coding (and some HTML and some CSS) if you want to write an Undum story, which may scare off less technical authors. It looks to me at first glance like it doesn't require much JS; it appears to be pretty beginner-friendly, to have pretty good documentation, and to supply a tutorial story that authors can copy and mess with. One more minus: the bookmarking/save-game mechanism that comes built into it is kind of confusing and feels kind of clunky to me (as a reader/player). (And one really tiny nitpicky minus: their default link text color is very hard for a color-blind person to see. 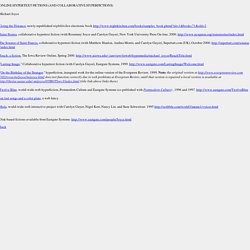 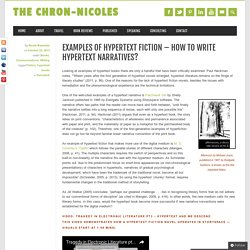 Paul Hackman notes, “fifteen years after the first generation of hypertext novels emerged, hypertext literature remains on the fringe of literary studies” (2011, p. 86). One of the reasons for the lack of hypertext fiction novels, besides the issues with remediation and the phenomenological experience are the technical limitations. Afternoon by Michael Joyce, published in 1987 by Eastgate Systems, is known as the first hypertext fiction. One of the well-cited examples of a hypertext narrative is Patchwork Girl by Shelly Jackson published in 1995 by Eastgate Systems using Storyspace software.

The narrative offers two paths that the reader can move back and forth between, “until finally the narrative settles into a long sequence of lexias, each with only one possible link” (Hackman, 2011, p. 94). StorySpace. Storyspace (kostenlose Version) für PC herunterladen. Lizenz:Shareware $295 Downloads insgesamt:89 (letzte Woche) Der eigentliche Entwickler dieses kostenlosen Programms ist Eastgate Systems, Inc. 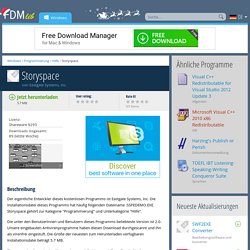 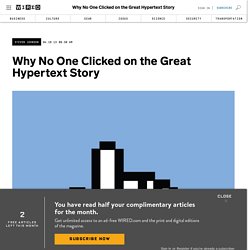 Sometime in the late 1980s, an enigmatic work of short fiction began circulating through a small subculture of writers and technologists. Entitled “Afternoon, a Story” and written by a then-community college professor named Michael Joyce, the piece wasn’t easily shared—not because of anything particularly radical or subversive in its message but simply because of its medium: the floppy disk. Written in a new authoring program called Storyspace, “Afternoon” was by many accounts the first work of true hypertext fiction: a branching path of overlapping narratives and detours that the reader navigated through the then-novel convention of clicking on textual links. 4.

This was the strange mix of myopia and farsightedness that some of us experienced in the early 1990s. 3. 6. 2. 5. Hypertext History.