Advances in extracting uranium from seawater announced in special issue. OAK RIDGE, Tenn., April 21, 2016—The oceans hold more than four billion tons of uranium—enough to meet global energy needs for the next 10,000 years if only we could capture the element from seawater to fuel nuclear power plants. 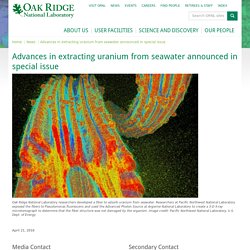 Major advances in this area have been published by the American Chemical Society’s (ACS) journal Industrial & Engineering Chemistry Research. For half a century, researchers worldwide have tried to mine uranium from the oceans with limited success. In the 1990s, Japan Atomic Energy Agency (JAEA) scientists pioneered materials that hold uranium as it is stuck or adsorbed onto surfaces of the material submerged in seawater. In 2011, the U.S. Department of Energy (DOE) initiated a program involving a multidisciplinary team from U.S. national laboratories, universities and research institutes to address the fundamental challenges of economically extracting uranium from seawater. The special issue captures a wide range of enterprises, including. GDS Technologies Announcing our Water Powered Portable Generator. Nasa validates 'impossible' space drive. Nasa is a major player in space science, so when a team from the agency this week presents evidence that "impossible" microwave thrusters seem to work, something strange is definitely going on. 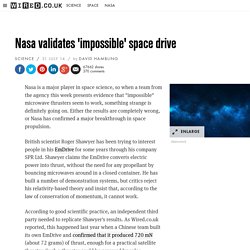 Either the results are completely wrong, or Nasa has confirmed a major breakthrough in space propulsion. British scientist Roger Shawyer has been trying to interest people in his EmDrive for some years through his company SPR Ltd. Shawyer claims the EmDrive converts electric power into thrust, without the need for any propellant by bouncing microwaves around in a closed container.

He has built a number of demonstration systems, but critics reject his relativity-based theory and insist that, according to the law of conservation of momentum, it cannot work. According to good scientific practice, an independent third party needed to replicate Shawyer's results. Schematic of How to Build a Magnetic Motor. There also is this so-called “free energy”, the zero-point energy, proven mathematically by many scientists. 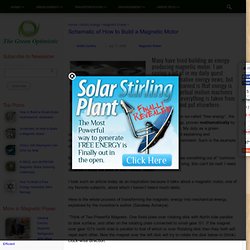 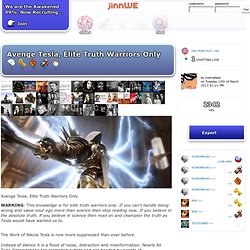 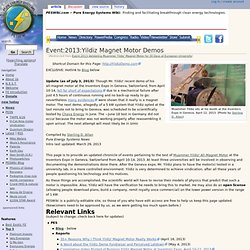 (Photo by Sterling D. Allan) Shortcut Domain for this Page: EXCLUSIVE: Hotlink to Blog below Update (as of July 3, 2013): Though Mr. Event:2013:Yildiz Magnet Motor Demos. From PESWiki Muammer Yildiz sits at his booth at the Inventors Expo in Geneva, April 12, 2013. 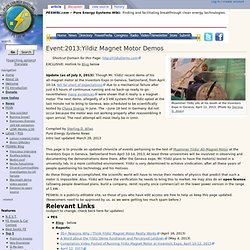 Replicating the Keshe Plasma Electric Generator. New science / Unified Field theory. This animation shows that the flux in the time axes is driven by the rotation of the central bar. 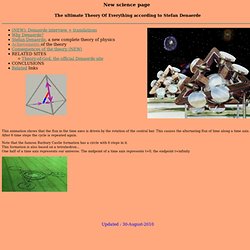 This causes the alternating flux of time along a time axis. Energy Solutions THEY don't want you to know about. Footage from DECADES AGO!!!!......... 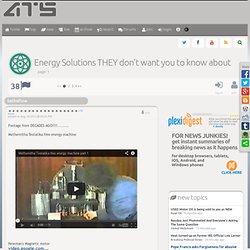 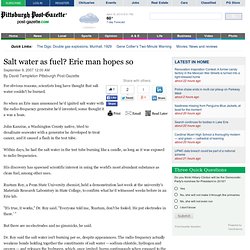 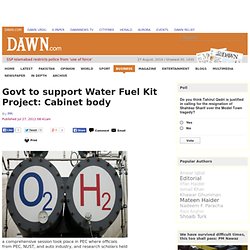 100% Water power bike in Pakistan. Car that runs on nothing but water unveiled in Japan. No gasoline, no battery recharging and no emissions. Rasa's Zero Point Institute Announces Emerging Generators Galore. A theoretical physicist and networker in India describes the scientific basis for magnetic resonance generators. He said he has received his Vorktex generator from Magnacoaster, who is now delivering back-orders, and that this is but one of several variations presently being deployed widespread in the third world. Caution: see note below: Skepticism about Magnacoaster Shipping by Sterling D. Allan Pure Energy Systems News.