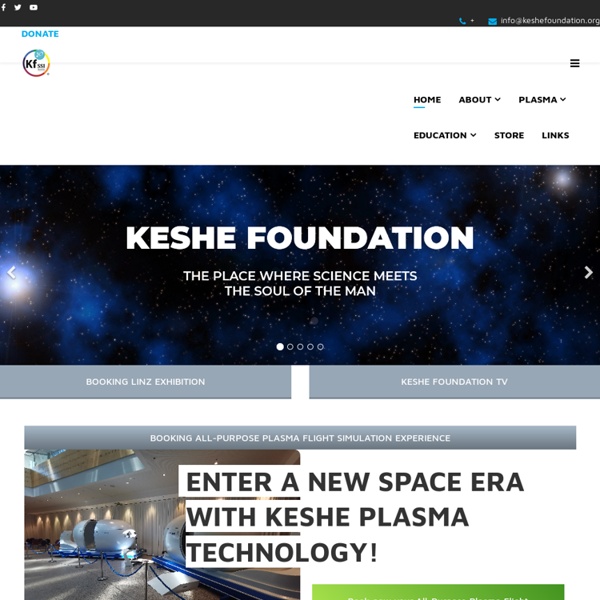 untitled In just a few weeks, some kind of UFO-related secrets will be revealed at a Smithsonian Institution affiliated museum. That's the implied promise in the title of a special lecture coming up at the National Atomic Testing Museum in Las Vegas on Sept. 22. The secrets haven't yet been revealed, but the players involved certainly present the potential for something intriguing to emerge from this one-night event that's part of the museum's ongoing Area 51 lecture series. Watch this promo for the upcoming UFO lecture at the National Atomic Testing Museum. "We looked at bringing in some people to talk about extraterrestrials and UFOs," said museum CEO and executive director Allan Palmer, a highly decorated former Air Force and Navy combat jet fighter.

Part I: Was US Spy Drone Captured by Iranian Flying Saucer? Click here for Part II Mehran Tavakoli Keshe, an Iranian scientist and engineer, claims that an Iranian flying saucer technology he developed was used to capture the Sentinel drone about which the mainstream media has been reporting. Does Iran have a space program more advanced than NASA's? Click here for a version of this, with additional new footage on the KesheFoundation website. Thermal Electric From PESWiki This page presents a directory of thermal electric environmental heat engine designs and theories, which in some cases appear to violate the second law of thermodynamics for the purpose of practical energy generation. Index of systems that utilize temperature gradients to generate usable energy or electricity (known as thermal electricity). There are many large scale thermal to electric systems operating today, many with low delta-T's (temperature change) like the Ener-G-Rotor system that takes the waste heat from steam turbines and produces 50 KW. -- (NEC Advisor, Jim Dunn; Sept. 6, 2007) Such devices fall into one of two categories: Features

Cannibalistic Capitalism and Green Resistance (Photo: rick / Flickr ) In the first installment of this two-part article, we examined the notion that any future without globalization must be an improvement. But globalization and growth only constitute capitalism's expansionist phase, powered by abundant fossil fuels. As energy becomes scarce, boom turns to bust. But profit-hungry capitalism doesn't die; it morphs into its zombie-like, undead phase. Growth-less capitalism turns catabolic. Child Rides EV Toy on Boyce Free Energy! A South African experimenter has modified an electrolysis circuit developed by Bob Boyce so that now it recharges his daughter's electric vehicle riding toy. What makes this remarkable is that the energy is not drawn from the wall but from the environment somehow. He's done this around 35 times now and knows of three replications of the effect by others.

Colonel Will H. Horn - Quartermaster Hall of Fame 2001 Colonel Horn was commissioned a Second Lieutenant in the Quartermaster Corps on 15 June 1956, and spent his two years service detailed as an Infantry Company Commander. Over the remaining twenty-six years of active duty service, he held ever increasing positions of responsibility, with Quartermaster command and staff assignments both at home and abroad. Early in the Vietnam War, Colonel Horn was G4 Advisor to the 22nd ARVN Infantry Division in Republic of South Vietnam (1964-65). He returned to Southeast Asia as a Senior Advisor and Chief Logistician on two successive occasions, in Thailand (1967-69) and, Vietnam and Cambodia (1969-70). Part II: Was US Spy Drone Captured by Iranian Flying Saucer? Click here for Part I Sterling Allan, the founder of PESN, had the opportunity to conduct an hour and a half long interview with Mehran Keshe, the individual who claims to have given Iran the advanced space technology that enabled them to capture a US spy drone. by Hank Mills with Sterling D. Allan Pure Energy Systems News

Residential Contact Request Thank you for your interest in Bloom Energy! Unfortunately, the current power output of a Bloom Box is far more than the individual home needs. Today's product is best suited for large commercial and industrial scale applications. The technology is evolving every day, and our ultimate goal is to be able to provide clean, reliable, affordable energy to every home, however this will take time, and several more years of development.

untitled (Image: Dollar on crutch via Shutterstock)Capitalism's crises have always threatened it. True, capitalism's defenders could fairly easily dismiss crises when they were shallow and short with limited suffering for the unemployed, bankrupt and their dependents and communities. Some said they were merely "bumps in the capitalist road" to growth and prosperity. Others saw crises as capitalism's way to "clean out inefficient firms" and thus prepare its next upswing. Such interpretations of capitalism - ideologies - have long served to counter criticisms of its instability, recurring cycles and the suffering they impose. However, such ideologies arouse many more than the usual skeptics when - as in the 1930s and again since 2007 - capitalism's downturns cut deep and persist.

the secret they can't kill. Bob Boyce's Story The man in the photo [right] is Bob Boyce. You probably have never heard of Bob until now. King of Tonga dies - south-pacific - world Last updated 10:27 19/03/2012 The Tongan Government has confirmed King Tupou V died in a Hong Kong hospital. Michael Field reports. Tonga's King George Tupou V has died in Hong Kong, Prime Minister Lord Siale'ataonga Tu'ivakano has told the kingdom this morning. Keshe foundation to release Magravs technology in September for world peace The text below is the copy of the official invitation to the leaders of your governments through their embassies in Belgium. These emails will start leaving the Foundation and will be forwarded to every ambassador in Belgium in the next two weeks. We will publish the name of the country and the email address used so that you can follow the progress of your government’s response.