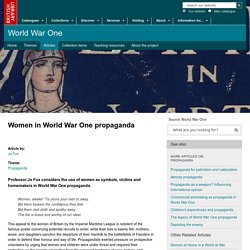 Women, awake! ‘Tis yours your men to sway,Bid them beware the confidence they feel.Bid them cast sloth and apathy away:The foe is brave and worthy of our steel. This appeal to the women of Britain by the Imperial Maritime League is redolent of the famous poster convincing potential recruits to enlist: while their loss is keenly felt, mothers, wives, and daughters sanction the departure of their menfolk to the battlefields of Flanders in order to defend their honour and way of life. Propagandists exerted pressure on prospective volunteers by urging that women and children were under threat and required their protection, as the reports emanating from the occupied territories of rape, torture, and mutilation seemed to confirm.

Poster 'Women of Britain say ‘Go!’ ' A History of Women and Work in World War 1. Perhaps the best known effect on women of World War 1 was the opening up of a vast range of new jobs for them. 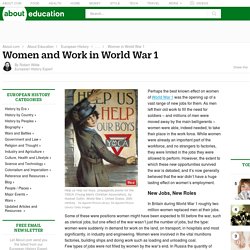 As men left their old work to fill the need for soldiers – and millions of men were moved away by the main belligerents – women were able, indeed needed, to take their place in the work force. While women were already an important part of the workforce, and no strangers to factories, they were limited in the jobs they were allowed to perform. However, the extent to which these new opportunities survived the war is debated, and it’s now generally believed that the war didn’t have a huge lasting effect on women’s employment. New Jobs, New Roles In Britain during World War 1 roughly two million women replaced men at their jobs.

Women and the World of Dime Novels. Full of romance and adventure, dime novels were a variety of melodramatic fiction that was popular in the United States from about 1860 until the early 1900s. 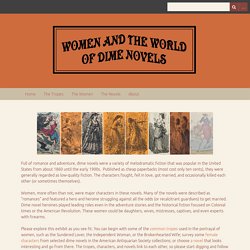 Published as cheap paperbacks (most cost only ten cents), they were generally regarded as low-quality fiction. The characters fought, fell in love, got married, and occasionally killed each other (or sometimes themselves). Women, more often than not, were major characters in these novels. Many of the novels were described as "romances" and featured a hero and heroine struggling against all the odds (or recalcitrant guardians) to get married. 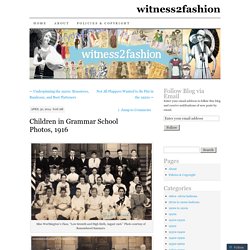 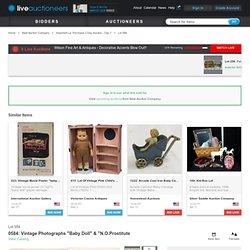 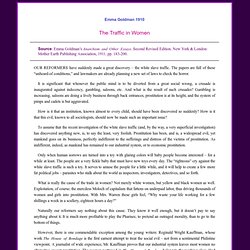 Second Revised Edition. New York & London: Mother Earth Publishing Association, 1911. pp. 183-200. OUR REFORMERS have suddenly made a great discovery – the white slave traffic. The papers are full of these “unheard-of conditions,” and lawmakers are already planning a new set of laws to check the horror. It is significant that whenever the public mind is to be diverted from a great social wrong, a crusade is inaugurated against indecency, gambling, saloons, etc. How is it that an institution, known almost to every child, should have been discovered so suddenly? To assume that the recent investigation of the white slave traffic (and, by the way, a very superficial investigation) has discovered anything new, is, to say the least, very foolish.

Only when human sorrows are turned into a toy with glaring colors will baby people become interested – for a while at least. Their Sisters' Keepers. Preferred Citation: Hill, Marilynn Wood. 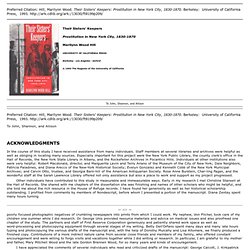 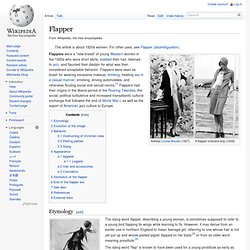 Young and Brave: Girls Changing History. Belle Boyd’s Civil War spying was so notorious that she was a celebrity at age 18. 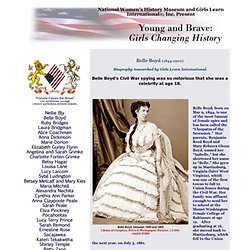 Belle Boyd, born on May 9, 1844, is one of the most famous of female spies and has been called the “Cleopatra of the Secession.” Her parents, Benjamin Reed Boyd and Mary Rebecca Glenn Boyd, named her “Isabelle,” but she shortened her name to “Belle.” She grew up in Martinsburg, Virginia (later West Virginia), which was one of the first towns to fall to Union forces during the Civil War. Her family was affluent enough to send her to school at the Mount Washington Female College of Baltimore at age 12. The Hazards of Helen and women of the Silent Film Era. As the film industry matured in the early 1900s, the silent film industry attracted a number of women to the business. 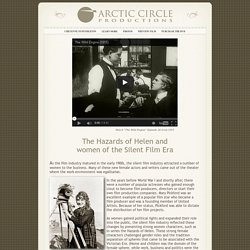 Many of these new female actors and writers came out of the theater where the work environment was egalitarian. In the years before World War I and shortly after, there were a number of popular actresses who gained enough clout to become film producers, directors or start their own film production companies. Flappers and the Roaring 20's - www. Flappers were a so-called new style of Western woman, and the term “flapper” was invented to describe this so-called new breed. Initiated in the 1920s, the term “flapper” described women who flamboyantly flouted their contempt for what was back then deemed as societal behavior that was conventional. Flappers were women who were characterized by their choice of bobbed hair, short skirts, and their enjoyment of jazz music. They were branded as brash for their enjoyment of casual sex, drinking, immoderate makeup, driving cars and smoking.

The origins of flappers, ideologically, were seen as being rooted in liberalism. 1920′s Womens Fashion. Cosmetics of any kind, especially rouge, lip Sticks, and powder, if used, should be of excellent quality in order to be safe. And by excellent quality I mean the kinds that are manufactured by reputable firms and indorsed in advertisements by leading magazines. There is danger in cheap powder because of the metallic substance used for its foundation. More expensive powders, those with rice as their base, dust off more easily than do the cheaper grades. Women in WWI.