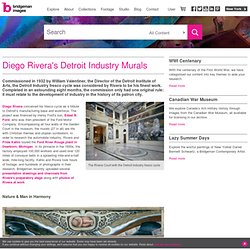 In the bottom right corner the south wall, Edsel Ford and William Valentiner oversee the final stage of the automobile manufacturing process, the car's exterior. In another reference to ancient civilizations, a huge stamping press appears as a modern Aztec goddess of creation, Coatlicue. When the murals were unveiled in 1933, they were met with controversy. Many objected to Rivera's depiction of different races, some people called them blasphemous, while still others labeled the nudes pornographic. The project was contentious from the outset as the hiring of a Mexican artist in a time of high unemployment seemed, to many, un-American. For Labor Day - "Detroit Industry" by Diego Rivera. Detroit Industry: The Murals of Diego Rivera. 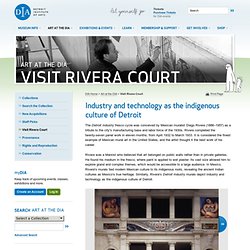 Rivera completed the twenty-seven panel work in eleven months, from April 1932 to March 1933. It is considered the finest example of Mexican mural art in the United States, and the artist thought it the best work of his career.