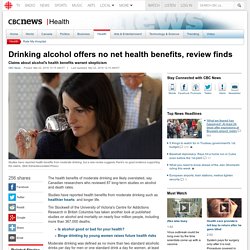 Studies have reported health benefits from moderate drinking such as healthier hearts and longer life. Tim Stockwell of the University of Victoria's Centre for Addictions Research in British Columbia has taken another look at published studies on alcohol and mortality on nearly four million people, including more than 367,000 deaths. Moderate drinking was defined as no more than two standard alcoholic drinks per day for men or one standard drink a day for women, at least once a week, for any kind of alcohol.

The review in Tuesday's Journal of Studies of Alcohol and Drugs expands on his work on classifying abstainers. A problem arises when grouping those who currently abstain with former drinkers who quit or substantially cut back as their health worsened. Cannabidiol protects liver from binge alcohol-induced steatosis by mechanisms including inhibition of oxidative stress and increase in autophagy. Highlights Cannabidiol protects mouse liver from acute alcohol-induced steatosis through multiple mechanisms. 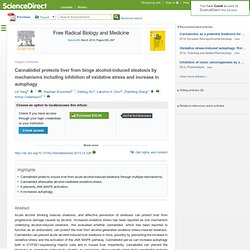 Imagine having a few drinks to ease your nerves before a key meeting or a big date. 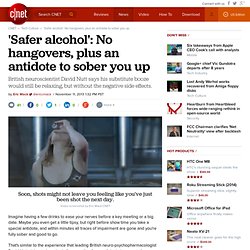 Maybe you even get a little tipsy, but right before show time you take a special antidote, and within minutes all traces of impairment are gone and you're fully sober and good to go. That's similar to the experience that leading British neuro-psychopharmacologist David Nutt claims to have had after sampling from an "alcohol surrogate" compound -- one of five Nutt has identified as a possible "safer version of alcohol.

" Writing in The Guardian on Monday, Nutt explains: After exploring one possible compound I was quite relaxed and sleepily inebriated for an hour or so, then within minutes of taking the antidote I was up giving a lecture with no impairment whatsoever. I'm having a hard time deciding if this is the most notable scientific breakthrough since this micro-drunkenness-inducing spray , or the beginning of an apocalyptic new society. So now, in my mind, the race is on. A cure for the hangover is near, scientist says. The secret to hydrating beer. Study: deleting alcohol memories in rats stops cravings. Neurologists have successfully identified and blocked the enzyme responsible for reigniting alcohol-linked cravings in rats, and in doing so deleted the permanent memory of the craving, thus curing them of their hankering. 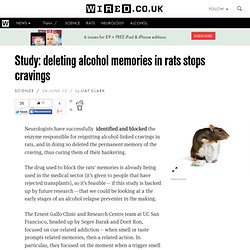 The drug used to block the rats' memories is already being used in the medical sector (it's given to people that have rejected transplants), so it's feasible -- if this study is backed up by future research -- that we could be looking at a the early stages of an alcohol relapse preventer in the making. The Ernest Gallo Clinic and Research Centre team at UC San Francisco, headed up by Segev Barak and Dorit Ron, focused on cue-related addiction -- when smell or taste prompts related memories, then a related action. In particular, they focused on the moment when a trigger smell or taste hits, in order to identify what's happening in the brain. The first challenge was to make alcoholics out of the rats.

Heavy drinkers get extra brain fuel from alcohol. Nanocapsules Sober Up Drunken Mice. Researchers have reduced blood alcohol levels in intoxicated mice by injecting them with nanocapsules containing enzymes that are instrumental in alcohol metabolism. 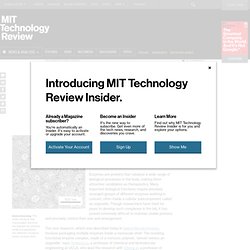 The treatment demonstrates a novel drug delivery technology that could have broad medical applications. Enzymes are proteins that catalyze a wide range of biological processes in the body, making them attractive candidates as therapeutics. Many important biological functions require precisely arranged groups of different enzymes working in concert, often inside a cellular subcomponent called an organelle. Though researchers have tried for years to develop such complexes in the lab, it has proved extremely difficult to maintain stable proteins and precisely control their size and arrangement. The new research, which was described today in Nature Nanotechnology, involves packaging multiple enzymes inside a nanoscale shell. The advance could open the door to a new class of enzyme drugs, says Lu.

Asparagus may help with a hangover.