For Kids, Gaming Is Healthier Than Television. Were you around in the ‘80s? Better, were you a kid being “raised by television” just as the anti-television tide began to rise? That seems so quaint now, when most of what you hear is about the deleterious effects of social media and other internet badness on developing minds and bodies. After all, you can’t sext via television, nor can you bully or be bullied via television (at least by your peers). The couch potatoes of the generally potato-y Reagan years have become what? Overconnected premature pervs? As you might guess, the research has to do with heart health and maybe you’d just assume anyway that kids planted in front of TVs every afternoon are more likely to have high blood pressure, higher body mass indexes, and slower recovery heart rates.

Here’s how the study worked. Exercise may be the best anti-ageing pill. (Image: Cultura/plainpicture) IT COULD be the biggest killer you’ve never heard of: the weakening and loss of muscle that happens as we get older. 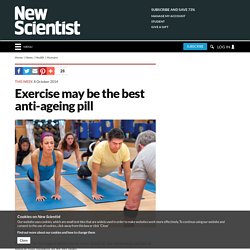 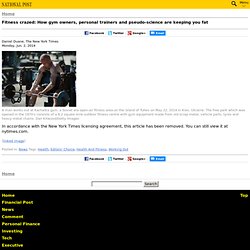 The free park which was opened in the 1970's consists of a 6.2 square mile outdoor fitness centre with gym equipment made from old scrap metal, vehicle parts, tyres and heavy metal chains. Dan Kitwood/Getty Images In accordance with the New York Times licensing agreement, this article has been removed. [linked image] Exercising 10 minutes a day can boost life expectancy - Health.

Even as little as 75 minutes a week of physical activity can extend your life by nearly two years, according to U.S. researchers who found some benefits regardless of body weight. 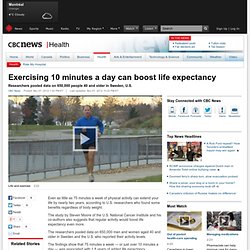 The study by Steven Moore of the U.S. National Cancer Institute and his co-authors also suggests that regular activity would boost life expectancy even more. The researchers pooled data on 650,000 men and women aged 40 and older in Sweden and the U.S. who reported their activity levels. The findings show that 75 minutes a week — or just over 10 minutes a day — was associated with 1.8 years of added life expectancy, compared to getting no leisure-time activity. As well, brisk walking for 450 minutes a week, just over an hour a day, was associated with living 4.5 years longer. The researchers in the study in PLOS Medicine hope the findings convince sedentary people that even a modest physical activity program can boost health.

Investigators also considered weight categories: Muscles Remember Their Strength. - Getting in shape is easier for people who have been buff before. - The findings suggest that exercise early in life could help fend off frailness in the elderly. - The study also raise questions about how long doping athletes should be banned from competition. 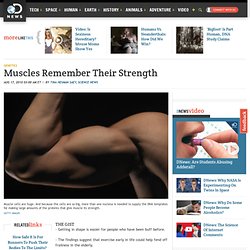 Pumping up is easier for people who have been buff before, and now scientists think they know why -- muscles retain a memory of their former fitness even as they wither from lack of use. That memory is stored as DNA-containing nuclei, which proliferate when a muscle is exercised. Contrary to previous thinking, those nuclei aren't lost when muscles atrophy, researchers report online August 16 in the Proceedings of the National Academy of Sciences. Physical Activity & Mortality. The Exercise Equivalent of a Cheeseburger? Over the last few months, during the endurance-athletics off-season, something extraordinary happened: The line began to blur between the health effects of running marathons and eating cheeseburgers. 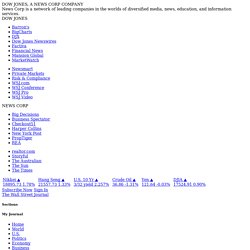 "I'm not worried," says veteran running coach Mark Sullivan, who has run more than 150 marathons, joking that "there are guys who live to be 100 smoking cigarettes and eating cheeseburgers. " Exercise: 7 Most Effective Exercises - Exercise and Fitness Tips with Workout Routines, and Mind - Body Fitness on MedicineNet. Bottom line: aerobic activity burns fat best - Technology & Science. Researchers discovered that aerobic training, such as jogging or swimming, is best at both burning fat and helping people lose weight. 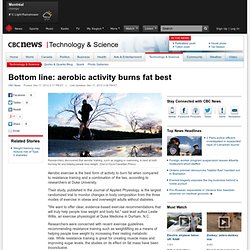 (Darryl Dyck/Canadian Press) Aerobic exercise is the best form of activity to burn fat when compared to resistance training and a combination of the two, according to researchers at Duke University. Their study, published in the Journal of Applied Physiology, is the largest randomized trial to monitor changes in body composition from the three modes of exercise in obese and overweight adults without diabetes. "We want to offer clear, evidence-based exercise recommendations that will truly help people lose weight and body fat," said lead author Leslie Willis, an exercise physiologist at Duke Medicine in Durham, N.C. Researchers were concerned with recent exercise guidelines recommending resistance training such as weightlifting as a means of helping people lose weight by increasing their resting metabolic rate.

How To Motivate Yourself Into an Exercise Routine You'll Actually Stick To.