BodyLogicMD - Hormone Imbalance in Men. In men, the symptoms of aging are often the result of a growth hormone and testosterone decline. 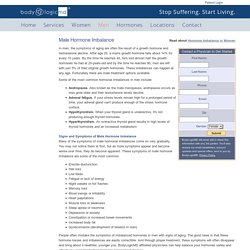 Flu with that Burger? ALEC Wants Sick People Serving You Food. Paid Sick Leave Last week, the city of Philadelphia mandated paid sick days for "workers whose employers have contracts with the city or apply for city subsidies. " Last month, Seattle also passed a paid sick leave ordinance. Clearing Senescent Cells From Mice Leads To Delay In Age-Related Conditions, Scientists Find. Scientists have come just a little bit closer to stopping aging -- even if it is, so far, just in mice. 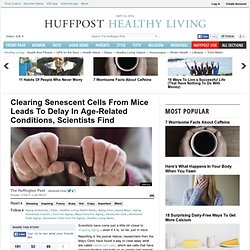 Reporting in the journal Nature, researchers from the Mayo Clinic have found a way to clear away what are called senescent cells, which are cells that have stopped dividing and build up as people and animals age. Science News explains why senescent cells are so bad for the body: When a cell's DNA becomes damaged by things like ultraviolet radiation or toxins, the cell will often enter a senescent state as a precautionary measure against the cancerous growth that can result from such damage. 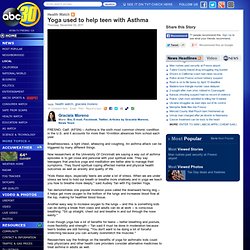 GPS shoes for Alzheimer's patients to hit US. The first shoes with built-in GPS devices -- to help track down dementia-suffering seniors who wander off and get lost -- are set to hit the US market this month, the manufacturer says. 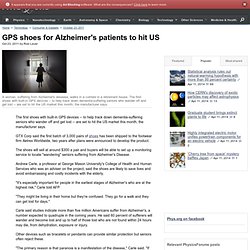 GTX Corp said the first batch of 3,000 pairs of shoes has been shipped to the footwear firm Aetrex Worldwide, two years after plans were announced to develop the product. Explanation: How Brain Training Can Make You Significantly Smarter. Sunni Brown: Doodlers, unite! 6 Easy Ways to Extend Your Life in One Minute or Less - Healthy Living on Shine. Photo: Dan SaelingerBy Dr. 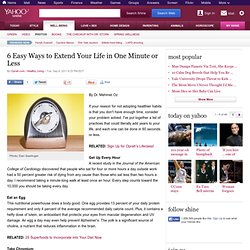 Mehmet Oz If your reason for not adopting healthier habits is that you don't have enough time, consider your problem solved: I've put together a list of practices that could literally add years to your life, and each one can be done in 60 seconds or less. RELATED: Sign Up for Oprah's Lifeclass! Get Up Every Hour A recent study in the Journal of the American College of Cardiology discovered that people who sat for four or more hours a day outside work had a 50 percent greater risk of dying from any cause than those who sat less than two hours a day. I recommend taking a minute-long walk at least once an hour. Eat an Egg This nutritional powerhouse does a body good: One egg provides 13 percent of your daily protein requirement and only 4 percent of the average recommended daily calorie count. RELATED: 25 Superfoods to Incorporate into Your Diet Now RELATED: 8 Ways to Save Your Heart Do Self-Massage Stress damages every organ in your body. Foods to Protect Vision - Prevent Glaucoma, Cataracts - AARP Bulletin.

Berries have been shown to lower both blood pressure and inflammation. — Masterfile The study in the journal The Archives of Ophthalmology was just the latest in a growing body of research linking diet to eye health and the prevention of some troubling eye conditions. 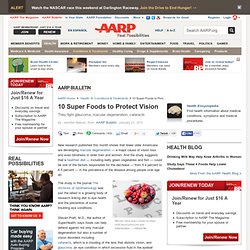 Steven Pratt, M.D., the author of SuperHealth, says foods can help defend against not only macular degeneration but also a number of vision disorders including cataracts, which is a clouding of the lens that distorts vision, and glaucoma, an eye condition in which excessive fluid in the eyeball creates pressure that damages the optic nerve. The antioxidants and nutrients that are linked to a lower risk of these eye ailments include lutein, omega-3 fatty acids, and vitamins C and E. Here are the foods — rich in these protective substances — that appear to make the difference when it comes to eye health.

This Is the Future of the Fight Against Cancer. Restoring happiness in people with depression. Practicing positive activities may serve as an effective, low-cost treatment for people suffering from depression, according to researchers at the University of California, Riverside and Duke University Medical Center. 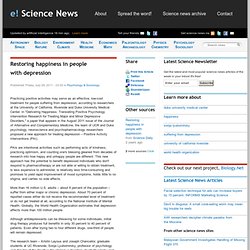 In "Delivering Happiness: Translating Positive Psychology Intervention Research for Treating Major and Minor Depressive Disorders," a paper that appears in the August 2011 issue of the Journal of Alternative and Complementary Medicine, the team of UCR and Duke psychology, neuroscience and psychopharmacology researchers proposed a new approach for treating depression – Positive Activity Interventions (PAI). PAIs are intentional activities such as performing acts of kindness, practicing optimism, and counting one's blessing gleaned from decades of research into how happy and unhappy people are different. More than 16 million U.S. adults – about 8 percent of the population – suffer from either major or chronic depression.