Julien ALLANO - Recettes. Rick Stein’s Secret France episodes - BBC Food. Rick Stein. English chef Early years[edit] Of German descent, Christopher Richard Stein was born on 4 January 1947[2] in Churchill, Oxfordshire, to Eric and Dorothy Stein.[3] He was born and brought up on a farm.[4][5][6] Stein partially completed a hotel management traineeship with British Transport Hotels at its Great Western Royal Hotel in Paddington.[9] He worked there as a chef for six months. 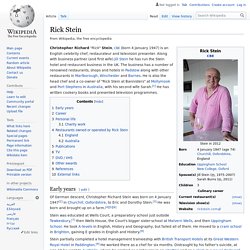 The World's Most Decorated Michelin Star Chefs. The Michelin star is undoubtedly the highest honour within the international culinary industry. 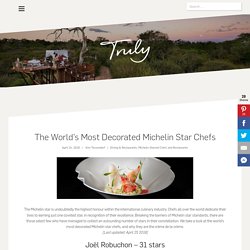 Chefs all over the world dedicate their lives to earning just one coveted star, in recognition of their excellence. Breaking the barriers of Michelin star standards, there are those select few who have managed to collect an astounding number of stars in their constellation. We take a look at the world’s most decorated Michelin star chefs, and why they are the crème de la crème.

Supra Nova: Innovating Georgian Cuisine. Who Are the Chefs on Netflix’s ‘The Final Table’? Netflix’s new culinary competition The Final Table features 24 acclaimed chefs from around the world, working in teams of two through a series of country-themed challenges. 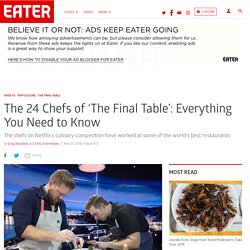 Only one of them will get to join the nine master chef/judges at the titular Final Table at the end of the show. A big part of the fun of watching the competition is seeing how these talented chefs work together and draw upon their culinary backgrounds to create new dishes during the hour-long competitions. Nancy Silverton. Nancy Silverton is an American chef, baker, and author. 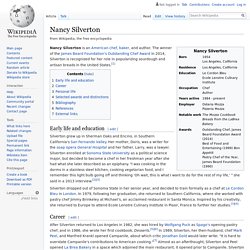 The winner of the James Beard Foundation's Outstanding Chef Award in 2014, Silverton is recognized for her role in popularizing sourdough and artisan breads in the United States.[1] Early life and education[edit] Silverton grew up in Sherman Oaks and Encino, in Southern California's San Fernando Valley. Her mother, Doris, was a writer for the soap opera General Hospital and her father, Larry, was a lawyer. Every Food & Wine Best New Chef Ever, Since 1988. Jiro Dreams of Sushi. Jiro’s Student Does His Master Proud Daisuke Nakazawa, one of the chefs featured in JIRO DREAMS OF SUSHI, now has his own restaurant, Sushi Nakazawa in New York. 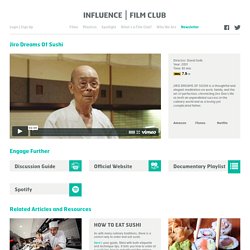 New York Times food critic Pete Wells gave it four stars and declared it the best restaurant of 2013. Read Wells’ review here. The History of Sushi “As with many ancient foods, the history of sushi is surrounded by legends and folklore. Learn more from The History Kitchen. Eater interview with Director David Gelb David Gelb talks about how the project came about, his relationships with subjects Jiro Ono and Yoshikazu, and how the human element — the story — makes the film something more than just a piece of food porn. Find the interview on Eater. Interview Magazine: David Gelb’s Tokyo Story “The first few days, I didn’t even bring a camera. Gelb discusses his unusual subject, how to make a film mouthwatering, and whether, after spending months with Jiro Ono, he’s been ruined for American sushi. 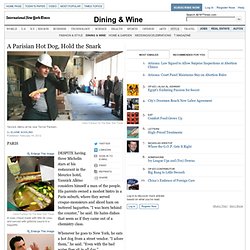 His parents owned a modest bistro in a Paris suburb, where they served croque-monsieurs and sliced ham on buttered baguettes. “I was born behind the counter,” he said. He hates dishes that seem as if they came out of a chemistry class. Whenever he goes to New York, he eats a hot dog from a street vendor. “I adore them,” he said. It wasn’t much of a leap, then, for Mr. Foodie Fatale — Eating With a Passion. Charlie Trotter's 'Raw' Recipes. Chef Charlie Trotter has created culinary magic since he was 28, and his latest cookbook shows just how much his wizardry has evolved in the kitchen. 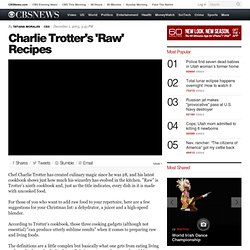 "Raw" is Trotter's ninth cookbook and, just as the title indicates, every dish in it is made with uncooked food. For those of you who want to add raw food to your repertoire, here are a few suggestions for your Christmas list: a dehydrator, a juicer and a high-speed blender. According to Trotter's cookbook, those three cooking gadgets (although not essential) "can produce utterly sublime results" when it comes to preparing raw and living foods. The definitions are a little complex but basically what one gets from eating living and raw foods are foods that have all their enzymes- substances that aid in digestion - intact. Cooking kills enzymes so the body must work harder to produce digestive enzymes with cooked food. Trotter says "Raw" is not so much about following the recipes, but rather finding guidance in raw food preparation. Ravioli. 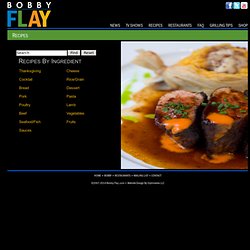