Advertising and changes in language 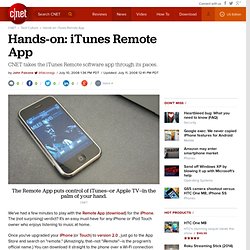 The (not surprising) verdict? It's an easy must-have for any iPhone or iPod Touch owner who enjoys listening to music at home. Once you've upgraded your iPhone (or Touch) to version 2.0 , just go to the App Store and search on "remote. " (Amazingly, that--not "iRemote"--is the program's official name.) You can download it straight to the phone over a Wi-Fi connection (tap the word "free" on the upper right corner), and it auto-installs, adding a new icon to your home screen. Setup is dead simple. And that's it--once they're paired, you have near total control over your iTunes software or your Apple TV. In short, the remote gives you full iTunes access in the palm of your hand. As for downsides, there are a handful. The Apple Remote App doesn't completely obviate the need for products like and yet--especially if you're more interested in the non-iTunes music services available on those products. 15th century-present Typography Evolution in Flyer Advertising.

The history of typography is a very long one. 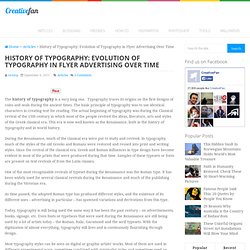 Typography traces its origins on the first designs of coins and seals during the ancient times. The basic principle of typography was to use identical characters in creating text for reading. 1886-1993 Coca-Cola Slogans Through The Years. Undefined The Coca-Cola Company has had many catchy slogans over the years that they used in their advertising campaigns. 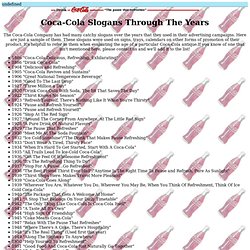 Here are just a sample of them. These slogans were used on signs, trays, calendars on other forms of promotion of their product. It's helpfull to refer to them when evaluating the age of a particular Coca-Cola antique.If you know of one that isn't mentioned here, please contact us and we'll add it to the list! Return to The Cocaman and. 1890-1959 Vintage Adverts. 1970s-present Apple Ads. Apple first started advertising its products in the late 1970s. 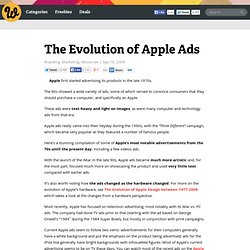 The 80s showed a wide variety of ads, some of which served to convince consumers that they should purchase a computer, and specifically an Apple. These ads were text-heavy and light on images, as were many computer and technology ads from that era. Apple ads really came into their heyday during the 1990s, with the “Think Different” campaign, which became very popular as they featured a number of famous people. Here’s a stunning compilation of some of Apple’s most notable advertisements from the 70s until the present day, including a few videos ads.

With the launch of the iMac in the late 90s, Apple ads became much more artistic and, for the most part, focused much more on showcasing the product and used very little text compared with earlier ads. It’s also worth noting how the ads changed as the hardware changed. Most recently, Apple has focused on television advertising, most notably with its Mac vs. 1970s 1980s 1990s. Cheerios. Cheerios is an American brand of breakfast cereals manufactured by General Mills. 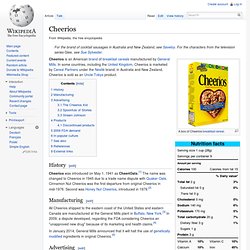