12 avril 2021 - 7 million Californians live near oil and gas wells. This bill could change that. Despite its green reputation, California has a big fossil fuel problem on its hands: neighborhood oil and gas drilling. 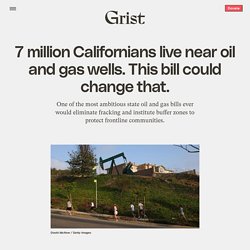 In California, there’s nothing preventing frackers or drillers from setting up shop right next to your home, school, or hospital — and indeed, this is the reality for 7.4 million Californians currently living within 1 mile of oil and gas drilling operations, who are disproportionately non-white and low-income. Now, a new state bill called S.B. 467, slated for a hearing in the California Senate Committee on Natural Resources and Water on Tuesday, may reshape the lives of frontline communities by eliminating fracking and instituting mandatory buffer zones between oil and gas extraction and places where Californians live, work, and study. 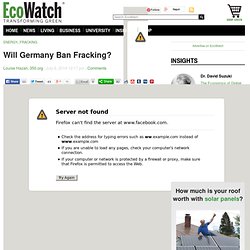 In a press briefing, the Economy Minister Sigmar Gabriel and Environment Minister Barbara Hendricks announced that the government will begin drawing up legislation on the issue and have it approved in the final half of this year, with a review taking place in 2021, saying: “There won’t be fracking of shale-gas and coal gas for economic reasons in the foreseeable future.” However, the proposed new law doesn’t go far enough for many opponents, due to a number of exceptions which allow fracking under specific circumstances.

For example, the proposed ban applies to “unconventional” fracking taking place more than 3,000 meters below the surface but will still allow “conventional” fracking below 3,000 meters to take place. Transparency, good regulation needed as Wisconsin sand mines multiply, expert says. Wisconsin can protect its place as the leading supplier of sand for the nation’s fracking boom provided it has good regulations in place and promptly addresses any nuisance concerns raised by neighbors of the state’s fast-multiplying sand-mining facilities, according to a former EPA administrator who spoke to a business convention Tuesday in Middleton. 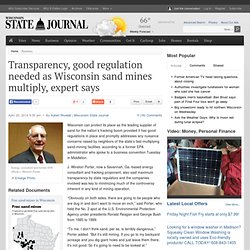 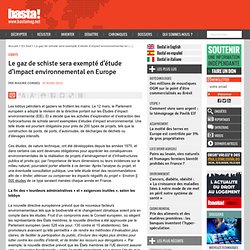 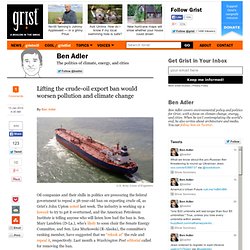 The industry is working up a lawsuit to try to get it overturned, and the American Petroleum Institute is telling anyone who will listen how bad the ban is. Sen. Mary Landrieu (D-La.), who’s likely to soon chair the Senate Energy Committee, and Sen. Lisa Murkowski (R-Alaska), the committee’s ranking member, have suggested that we “relook at” the rule and repeal it, respectively. Last month a Washington Post editorial called for removing the ban. Why, after nearly four decades, is this issue suddenly in the news again?

Now, thanks to fracking technology, the U.S. is enjoying an oil production boom. Being forced to sell their oil to domestic refiners prevents the oil companies from squeezing every last bit of profit out of their Earth-choking plunder. Dallas — yes, Dallas — bans fracking in most of the city. The growing wave of local fracking bans is sweeping into Texas, where the state’s third largest city has put a near-total kibosh on the practice. 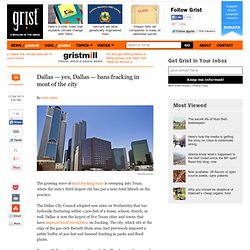 The Dallas City Council adopted new rules on Wednesday that bar hydraulic fracturing within 1,500 feet of a home, school, church, or well. Dallas is now the largest of five Texan cities and towns that have imposed local restrictions on fracking. The city, which sits at the edge of the gas-rich Barnett Shale area, had previously imposed a safety buffer of 300 feet and banned fracking in parks and flood plains. Because Dallas contains more than a half million homes, the new rule effectively outlaws fracking through most of the city. “[W]e might as well save a lot of paper and write a one-line ordinance that says there will be no gas drilling in the city of Dallas,” quipped a council member who voted against the new rules. 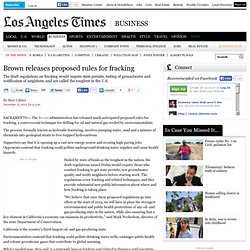 The process, formally known as hydraulic fracturing, involves pumping water, sand and a mixture of chemicals into geological strata to free trapped hydrocarbons. Supporters say that it is opening up a vast new energy source and creating high-paying jobs. Opponents contend that fracking could pollute underground drinking water supplies and cause health hazards. Hailed by state officials as the toughest in the nation, the draft regulations issued Friday would require those who conduct fracking to get state permits, test groundwater quality and notify neighbors before starting work.

The regulations cover fracking and related techniques, and they provide substantial new public information about where and how fracking is taking place. North Carolinians could be forced to accept fracking on their property. Not willing to sell out to frackers? 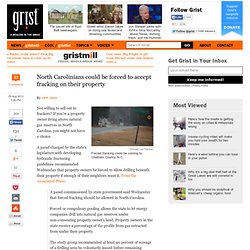 If you’re a property owner living above natural gas reserves in North Carolina, you might not have a choice. A panel charged by the state’s legislature with developing hydraulic fracturing guidelines recommended Wednesday that property owners be forced to allow drilling beneath their property if enough of their neighbors want it. From the Associated Press: Yes, frackers can forcibly drill your land, even if you don’t want them to. Forced pooling isn’t some kind of college pool party that jocks compel nerds to attend, resulting in wacky hijinks. 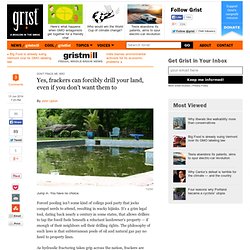 It’s a grim legal tool, dating back nearly a century in some states, that allows drillers to tap the fossil fuels beneath a reluctant landowner’s property — if enough of their neighbors sell their drilling rights. The philosophy of such laws is that subterranean pools of oil and natural gas pay no heed to property lines. As hydraulic fracturing takes grip across the nation, frackers are taking advantage of state laws that were drafted to allow forced pooling for conventional gas and oil drilling. Draft fed rules would let frackers do whatever they want, but they’re still not happy. For everyone who was hoping the Obama administration’s proposed new rules for natural gas drilling on public lands would make a difference, the just-released new draft amounts to a big “frack you.” Federal rules governing fracking on public lands are being updated, ostensibly to help manage the boom that’s polluting America’s groundwater and shaking free vast volumes of cheap natural gas.

Environmentalists were disappointed a year ago when the Department of Interior released a fracker-friendly draft of the new rules. But they submitted reams of comments and had hoped that the proposed regulations would be tightened up in this draft. Instead, the opposite happened. Bowing to industry pressure and disregarding concerns about environmental and health impacts, the department actually watered down the draft regulations during the past year. Perhaps this should come as little surprise. From the Washington Post : Europe Faces Challenges in Effort to Embrace Shale Gas. Gaz de schiste : le bras de fer avec la Commission européenne continue. Menaces sur la loi interdisant les gaz de schiste. Bruxelles dépose le bilan des gaz de schiste. Un forage britannique... 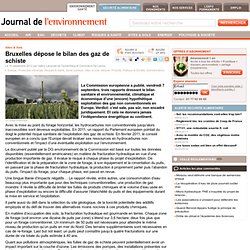