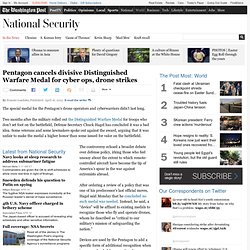 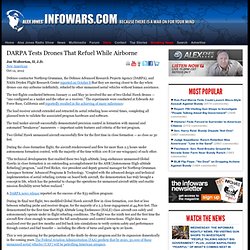 The test flights conducted between January 11 and May 30 involved the use of two Global Hawk drones — “one configured as a tanker and the other as a receiver.” The experiments were conducted at Edwards Air Force Base, California and reportedly resulted in the achieving of many milestones: The lead receiver aircraft extended and retracted its aerial refueling hose several times, completing all planned tests to validate the associated program hardware and software. Two Global Hawk unmanned aircraft successfully flew for the first time in close formation — as close as 30 feet. This article was posted: Friday, October 12, 2012 at 5:50 am.

Insiders: Drone Strikes Right Approach in Current Phase of War on Terror - Sara Sorcher. Another Insider said that drone strikes should be reserved for very high-value targets, cautioning that the United States has become too casual in its reliance on this controversial approach. 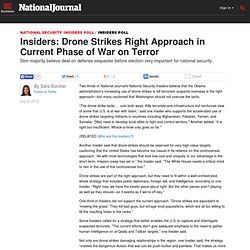 “As with most technologies that look low-cost and uniquely to our advantage in the short term, mission creep has set in,” the Insider said. “The White House needs a critical mind to rein in the use of this controversial tool. " Drone strikes are part of the right approach, but they need to fit within a well-orchestrated, whole strategy that includes public diplomacy, foreign aid, and intelligence, according to one Insider. “Right now, we have the kinetic piece about right. But the other pieces aren't playing as well as they should—so it seems as if we're off-key. " One-third of Insiders did not support the current approach. Some Insiders called for a strategy that better enables the U.S. to capture and interrogate suspected terrorists.

Still, many Insiders were unconvinced a deal is likely soon. 1. US Drones Moving From Iraq to Turkey. Pakistan. 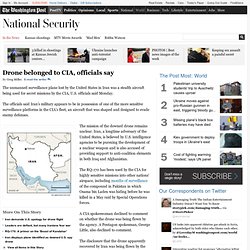 Iran, a longtime adversary of the United States, is believed by U.S. intelligence agencies to be pursuing the development of a nuclear weapon and is also accused of providing support to anti-coalition elements in both Iraq and Afghanistan. The RQ-170 has been used by the CIA for highly sensitive missions into other nations’ airspace, including months of surveillance of the compound in Pakistan in which Osama bin Laden was hiding before he was killed in a May raid by Special Operations forces. A CIA spokeswoman declined to comment on whether the drone was being flown by the agency. A Pentagon spokesman, George Little, also declined to comment. A statement issued by the International Security Assistance Force in Afghanistan on Sunday said that the downed drone “may be a U.S. unarmed reconnaissance aircraft that had been flying a mission over western Afghanistan late last week. 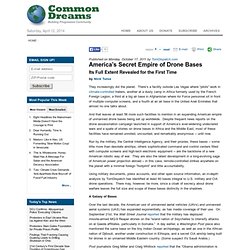 There’s a facility outside Las Vegas where “pilots” work in climate-controlled trailers, another at a dusty camp in Africa formerly used by the French Foreign Legion, a third at a big air base in Afghanistan where Air Force personnel sit in front of multiple computer screens, and a fourth at an air base in the United Arab Emirates that almost no one talks about. And that leaves at least 56 more such facilities to mention in an expanding American empire of unmanned drone bases being set up worldwide. Despite frequent news reports on the drone assassination campaign launched in support of America’s ever-widening undeclared wars and a spate of stories on drone bases in Africa and the Middle East, most of these facilities have remained unnoted, uncounted, and remarkably anonymous -- until now.

America’s Secret Empire of Drone Bases: Its Full Extent Revealed for the First Time. October 16, 2011 | Like this article? 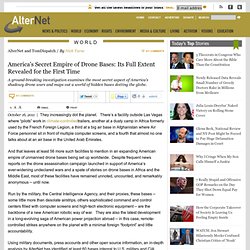 Join our email list: Stay up to date with the latest headlines via email. They increasingly dot the planet. There’s a facility outside Las Vegas where “pilots” work in climate-controlledtrailers, another at a dusty camp in Africa formerly used by the French Foreign Legion, a third at a big air base in Afghanistan where Air Force personnel sit in front of multiple computer screens, and a fourth that almost no one talks about at an air base in the United Arab Emirates. And that leaves at least 56 more such facilities to mention in an expanding American empire of unmanned drone bases being set up worldwide.

Run by the military, the Central Intelligence Agency, and their proxies, these bases -- some little more than desolate airstrips, others sophisticated command and control centers filled with computer screens and high-tech electronic equipment -- are the backbone of a new American robotic way of war.